HomeMaterialsPrototyping Your Way out of a Mess
Recent
Materials
Argo AI Expands Driverless Operation to Austin and Miami in Search of More Challenges
May 18, 2022
12 Ideas that Could Change the World
May 18, 2022
Making the AC Power Main Intelligent
May 18, 2022
How to Make Sure Your Digital Transformation Doesn’t Fail
May 18, 2022
POLL
The Internet's Grooviest Slideshow of Legendary International Scouts
May 17, 2022
Electronics Industry Bolsters Root of Trust Security Efforts
May 17, 2022
3 Tips for Embedded Software Configuration Management
May 17, 2022
Novel 3D Printing Method Used to Replenish Coral Reefs
May 16, 2022

Prototyping Your Way out of a Mess 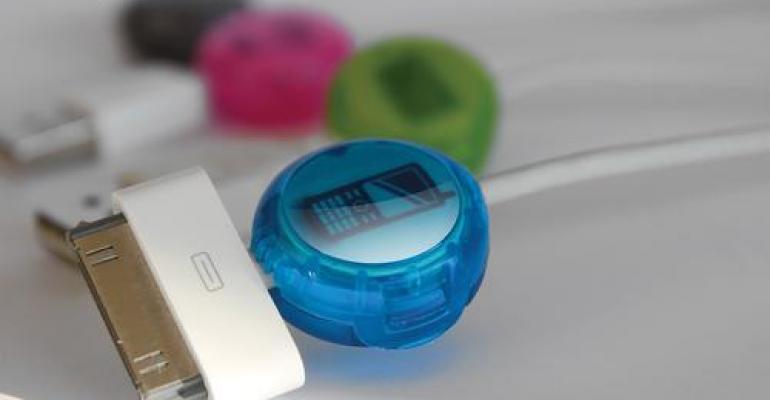 We've all been there -- on hands and knees under or behind a piece of furniture, wrestling with a tangle of cords, looking for the one that needs to be plugged in, unplugged, or otherwise manipulated. In calmer moments, many of us have wished someone would come up with a way of sorting out the mess. Micah Maraia, an experienced industrial designer, has invented one.

The patented Dotz Cord Identifier is a small colored plastic piece that snaps onto the end of a power or connecting cord. It displays, through a clear window, an icon showing the appliance or electronic device that's on the other end of the cord, and can make your stay behind the couch or under the desk brief and a lot less frustrating. The Cord Identifier is easy to use; just snap it open, pop the appropriate paper icon out of a perforated sheet and into place behind the plastic window, and snap the cord identifier closed on the end of the electrical cord. 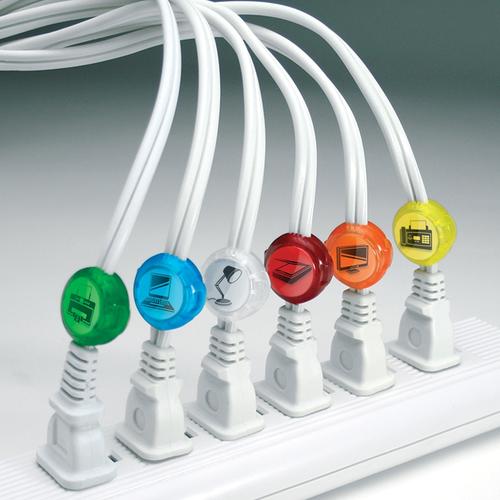 "As a designer, I'm always looking for ideas," says Maraia. "My job is to find solutions where others see problems, but the idea is just the beginning." While the concept of the Cord Identifier may seem simple, the process of developing it was not.

From concept to market, Maraia spent three years on the project. One of his biggest challenges was creating a fully functional part that could be economically produced in an injection mold.

Beginning with sketches, Maraia used SolidWorks software to produce 3D CAD models. "I had developed detailed visual representations, but still needed functional prototypes for testing and initial marketing. I looked at SLA and other prototyping methods, but certain features of the Dotz Cord Identifier, like the living hinge, can only be produced by injection molding. Proto Labs' rapid injection molding service, Protomold, provided the real molded parts, affordably, with a quick turnaround."