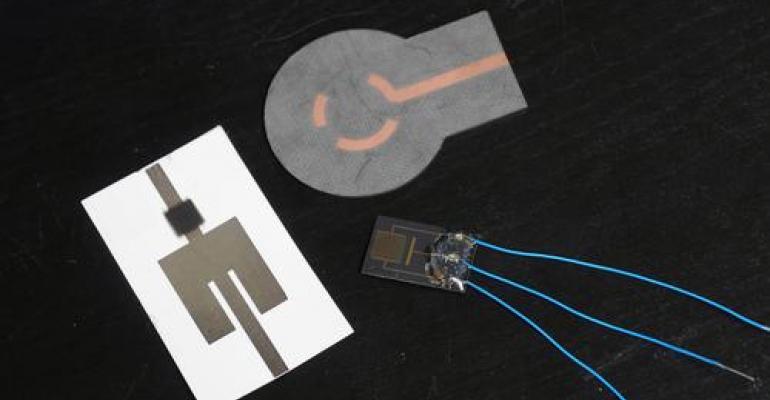 Researchers at the Georgia Institute of Technology have developed a prototype wireless sensor capable of detecting trace amounts of a key chemical found in the improvised explosive devices (IEDs) which posed such a hazard to US troops in Iraq.

Notably, the sensor and its antenna can be printed on paper-like material using standard inkjet technology, and thus could operate almost anywhere. Because the device has low power requirements, it could last for several days if it incorporated long-life, thin-film batteries. The design objective was to make it easy and cost-effective to scatter large numbers of the sensors in military engagement zones. 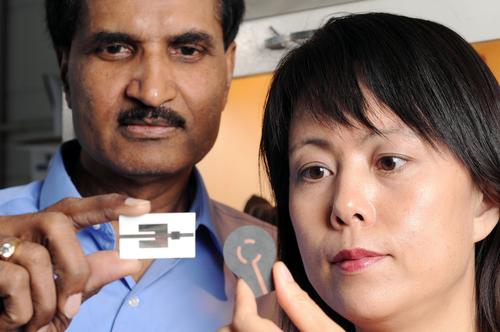 Two prototypes, created by Krishna Naishadham and Xiaojuan "Judy" Song, sense ammonia, which is often present in IEDs. The sensor has been designed to detect ammonia in trace amounts -- as low as five parts per million -- and to send an alert when it does.

"IEDs are a very pressing problem. A lot of military personnel and civilians are losing their lives," says Krishna Naishadham, a principal research scientist who is leading the work at the Georgia Tech Research Institute. "The sensors being used are expensive or require special training. We had the idea of producing something low-cost, so you could spread these in the field."

The integrated sensing package can potentially detect the presence of trace explosive materials at a distance of up to 20 meters -- far enough away that detection personnel are not in danger. The sensors also could be used to check shipping containers for explosives in transportation systems, at airports or at border security checkpoints.

However, sensing ammonia by itself will not be sufficient for explosive detection, because ammonia may be found in other sources such as runoff from fertilizers, according to Naishadham. "Two important things need to be done before this technology is made ready for field applications," he says. "You want to maximize the sensitivity while filtering responses to remove naturally occurring gases."

The prototype sensors can be improved to detect other gases. For example, they could be deployed in hospitals to detect biological or environmental contamination with appropriate chemical modification of the sensing film.

The sensors are based on functionalized carbon nanotubes, modified to attract the gas or substance to be detected. The carbon nanotubes could be used to identify a variety of other gases. 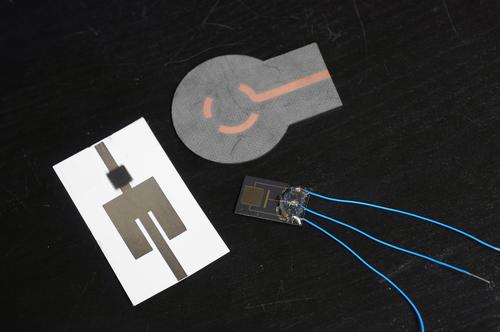 A complete device for use in the field incorporates a sensor and a communications device. Other types of hazardous gas sensors are based on expensive semiconductor fabrication and gas chromatography, and they typically do not operate at ambient temperatures.

Printing the sensors does require specialized ink-jet printers that produce a specific pattern on photographic paper, so it's useful at a laboratory scale only, according to Naishadham. The production of practical sensors is probably two to three years away. He says, "It's low-cost, but not low-manufacturing yet."