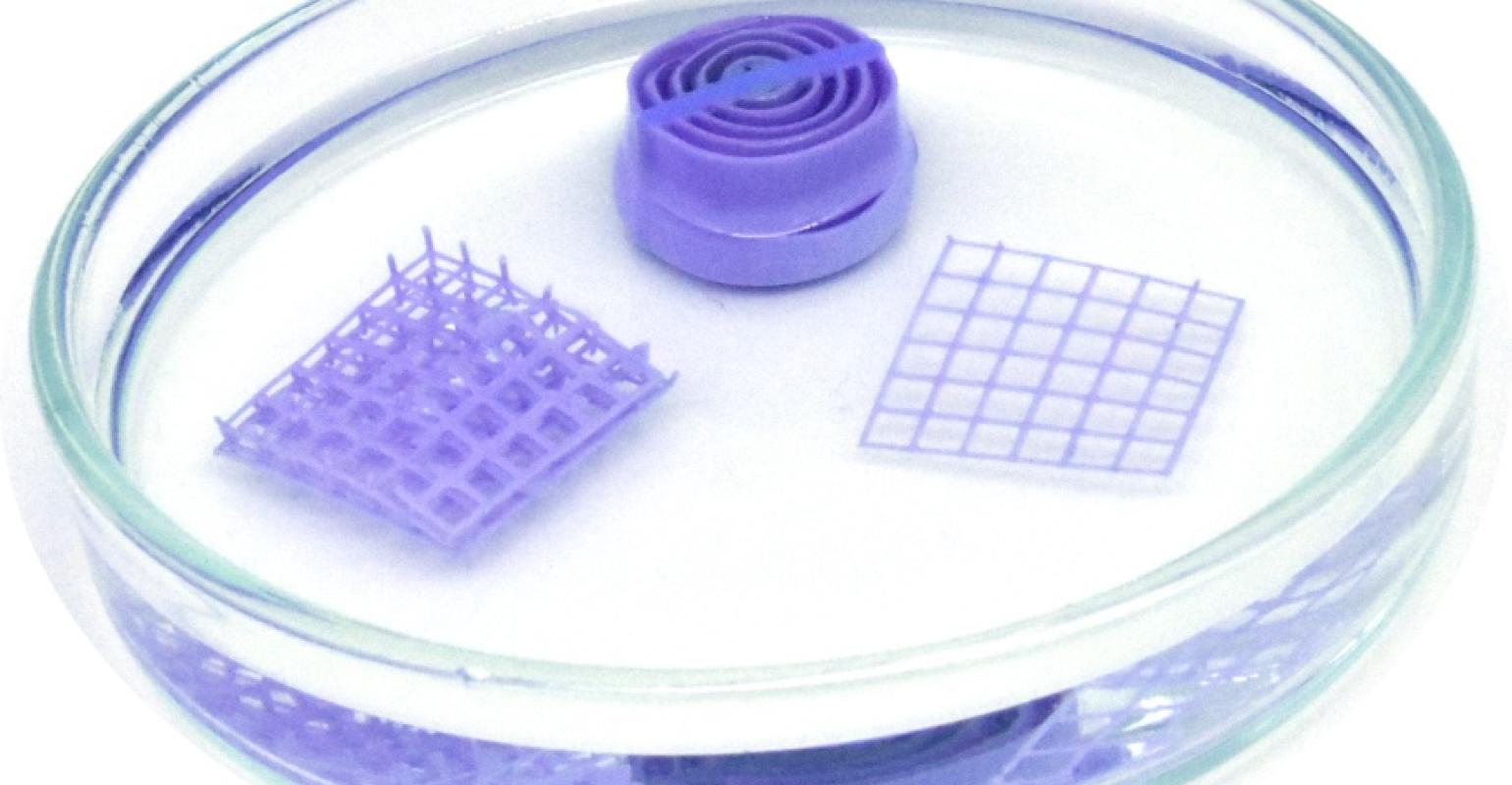 A new 3D-printed water sensor opens the door to a family of functional materials.

Scientists have developed a new composite material that can be used to 3D-print a water sensor that can detect tiny amounts of water. The work paves the way for a new family of 3D-printable functional materials for fabricating an array of new devices and objects, researchers said.

Engineers at the Autonomous University of Madrid (UAM) led a team that developed the flexible and non-toxic material comprised partly of what’s called a copper-based coordination polymer—a compound with a water molecule bound to a central copper atom. They then leveraged particle physics to understand the nature of the material to create a printing ink using the polymer to develop the sensor.

Specifically, researchers mixed the copper compound into a 3D-printing ink and printed sensors in several different shapes, explained Pilar Amo-Ochoa, a professor in the school of sciences at UAM. They then tested these in air and with solvents containing different amounts of water, demonstrating that the printed objects are even more sensitive to the presence of water than the compound by itself because of their porous nature, she said.

“On heating the compound to 60 degrees Celsius, it changes color from blue to purple,” Amo-Ochoa explained. “This change can be reversed by leaving it in air, putting it in water, or putting it in a solvent with trace amounts of water in it.”

In solvents, the printed sensors could already detect 0.3 to 4 per cent of water in less than two minutes, researchers found. In air, they could detect a relative humidity of 7 per cent.

If the material is dried—either in a water-free solvent or by heating—the material turns back to purple. The material also showed stability even over many heating cycles, with the copper compounds evenly distributed throughout the printed sensors, researchers said. Additionally, the material is stable in air over at least one year and also at biological relevant pH ranges from 5 to 7, they said.

Researchers conducted some of their work at Deutsches Elektronen-Synchrotron (DESY), a German research facility that operates particle accelerators used to investigate the structure of matter. Scientists from the Hebrew University of Jerusalem, the Nanyang Technological University in Singapore, and the Institute for Materials Science in Madrid also contributed to this research.

The team used high-energy X-rays from DESY's research light source PETRA III to observe that in sample material heated to 60 degrees Celsius, the water molecule bound to the copper atoms had been removed. This leads to a reversible structural reorganization of the material, which is the cause of the color change used to detect water in the sensor, Amo-Ochoa said. The team published a paper on their work in the journal Advanced Functional Materials.

Electronics that can be fabricated using printers is the next wave in manufacturing new and flexible components and devices—and more quickly and with less material waste than in the past.

Sensors, in particular, are useful in many fields—from health to food quality control, as well as for environmental monitoring and technical applications. These fields have a growing demand for responsive sensors which show fast and simple changes in the presence of specific molecules, with water being among the most common elements to be monitored, researchers said.

“Understanding how much water is present in a certain environment or material is important,” explained DESY scientist Michael Wharmby. “For example, if there is too much water in oils they may not lubricate machines well, whilst with too much water in fuel, it may not burn properly.”

With the success of their recent work, researchers now have demonstrated the first 3D-printed composite objects created from a non-porous coordination polymer, said Félix Zamor, one of the researchers on Amo-Ochoa’s team. This opens the door to use this family of compounds—which are easy to synthesize and show relevant magnetic, conductive, and optical properties—in the field of functional 3D printing, he said.