HomeMaterialsPlastics, Not Better Silicon, Could Be Key to More Efficient Solar Cells
Recent
Materials
The Internet's Grooviest Slideshow of Legendary International Scouts
May 17, 2022
Electronics Industry Bolsters Root of Trust Security Efforts
May 17, 2022
3 Tips for Embedded Software Configuration Management
May 17, 2022
Novel 3D Printing Method Used to Replenish Coral Reefs
May 16, 2022
POLL
Volkswagen’s Electric Successor to the International Scout 4x4
May 16, 2022
The Music Is Over For Apple's iPod
May 16, 2022
Q&A With IndyCar Gearbox Expert Anna Chatten
May 13, 2022
Intel Unveils Trust Authority to Boost Security
May 13, 2022

Plastics, Not Better Silicon, Could Be Key to More Efficient Solar Cells 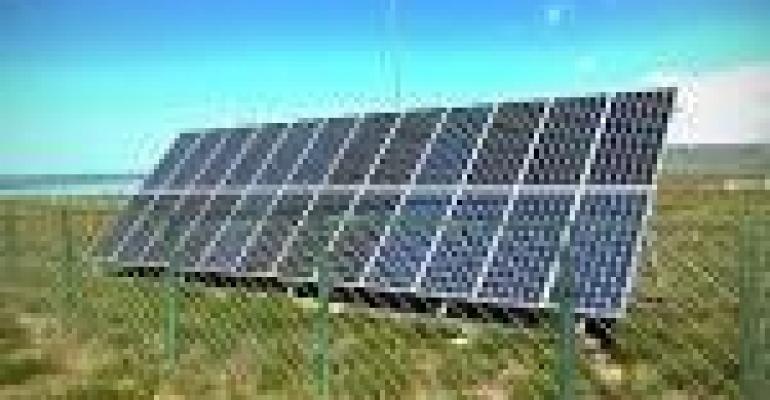 Researchers in Australia think new types of plastic materials instead of silicon may be the key to building more efficient solar cells.

University of Adelaide scientists are studying energy loss at the molecular level of a category of new plastic materials called organic semi-conductors, which are like normal plastics in that they're made from hydrocarbon chains or polymers. They are also different from normal plastics, however, because they can conduct electricity, said researchers, who are chemists in the university's School of Physical Sciences.

"Traditional solar cells used in the solar panels we have on our rooftops are made from silicon, which require a large amount of energy to produce and are expensive," said Patrick Tapping, a PhD candidate and one of the researchers, in a press release.

Specifically, Tapping and the team -- which include his supervisors in the Department of Chemistry, Tak Kee and David Huang -- are studying energy loss at the molecular level of the materials with the goal of tuning material molecules to make them more energy efficient, according to researchers. This will reduce energy loss and make them able to harvest more photons from the sun.

One method researchers are using to observe the reactions occurring inside the polymer-based solar cells to see how the polymer chains affect the electricity-generating properties of the materials is ultra-fast laser spectroscopy, Tapping said. This method uses extremely short pulses of light to measure the interactions of light at the molecular level of the plastics with an electronic detector. They are also using computer modeling in their research.

"By the speed and intensity of the changes to light-absorption, we can gain insight to where potential sources of energy loss may be occurring," Tapping said. "This can then guide changes in order to better harvest the sun for more efficient energy generation."

Because the materials are flexible, inexpensive to manufacture, and can be printed out as giant sheets, they also could lead to groundbreaking applications such as covering entire buildings in a semi-transparent window tint to act as a massive solar cell, researchers said. While there are types of coating that already have been developed that can be painted with solar-energy-harvesting material for a similar application, they are not as yet widely used due to a number of factors, including cost.

One drawback to the plastic materials, however, is they currently are not very good at turning the light they absorb into electricity that can be harvested, nor do they transport electrons to electrodes as efficiently as they should, researchers said.