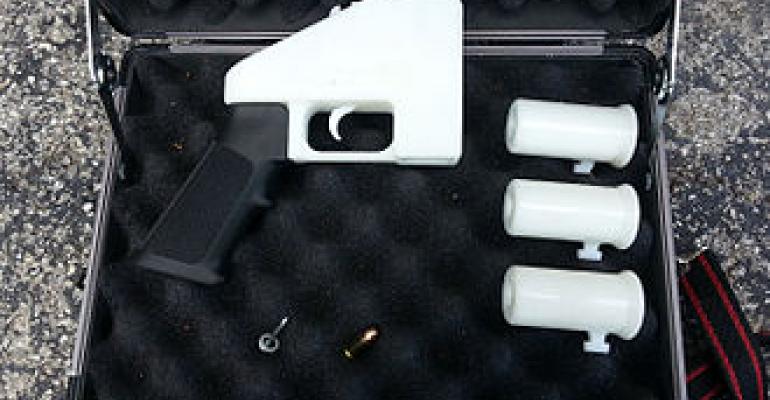 The US government allows 3D-printed plans for printing guns at home to be available online again, sparking a legal and political furor that remains unresolved.

The US government made a controversial decision to allow people to 3D-print guns at home using freely available blueprints from a nonprofit firm called Defense Distributed.

In late July, the US State Department settled a case that allowed Defense Distributed to release plans online to 3D print a gun it called “The Liberator”—plans the organization had been trying to make publicly available for some time. Defense Distributed is a private firm “principally engaged in the research, design, development, and manufacture of products and services for the benefit of the American rifleman,” according to its website.

Founder of Defense Distributed, Cody Wilson, designed The Liberator, which is a pistol that holds a single shot. He first released the plans in 2013 so people could download them, but was legally forced to take them offline not long after—the recent decision reversed by the court. At the time, he claimed that the plans were downloaded more than 100,000 times in the first days of posting.

The Liberator is primarily made from plastic parts that are 3D printed, save a metal nail that acts as a firing pin and a small piece of steel that allows the gun to be identified using a metal detector. This latter part is essential to the plan, due to the fact that the US Undetectable Firearms Act prohibits the legality of weapons that don't set off a metal detector.

Almost immediately after the decision to allow 3D-printed gun plans to again be available online, they were challenged in court. Eight states filed suit to block the plans and 11 more joined them a few days later. In addition, 20 state attorneys separately sent a letter to the US State Department and the Department of Justice to stop the plans from being shared online.

It’s likely that the political and social debate over whether firearms should be 3D-printed at home will continue, as the situation is currently pending. In the meantime, researchers continue to advance 3D printing and additive manufacturing technology using various materials for personal, commercial, and large-scale manufacturing purposes.