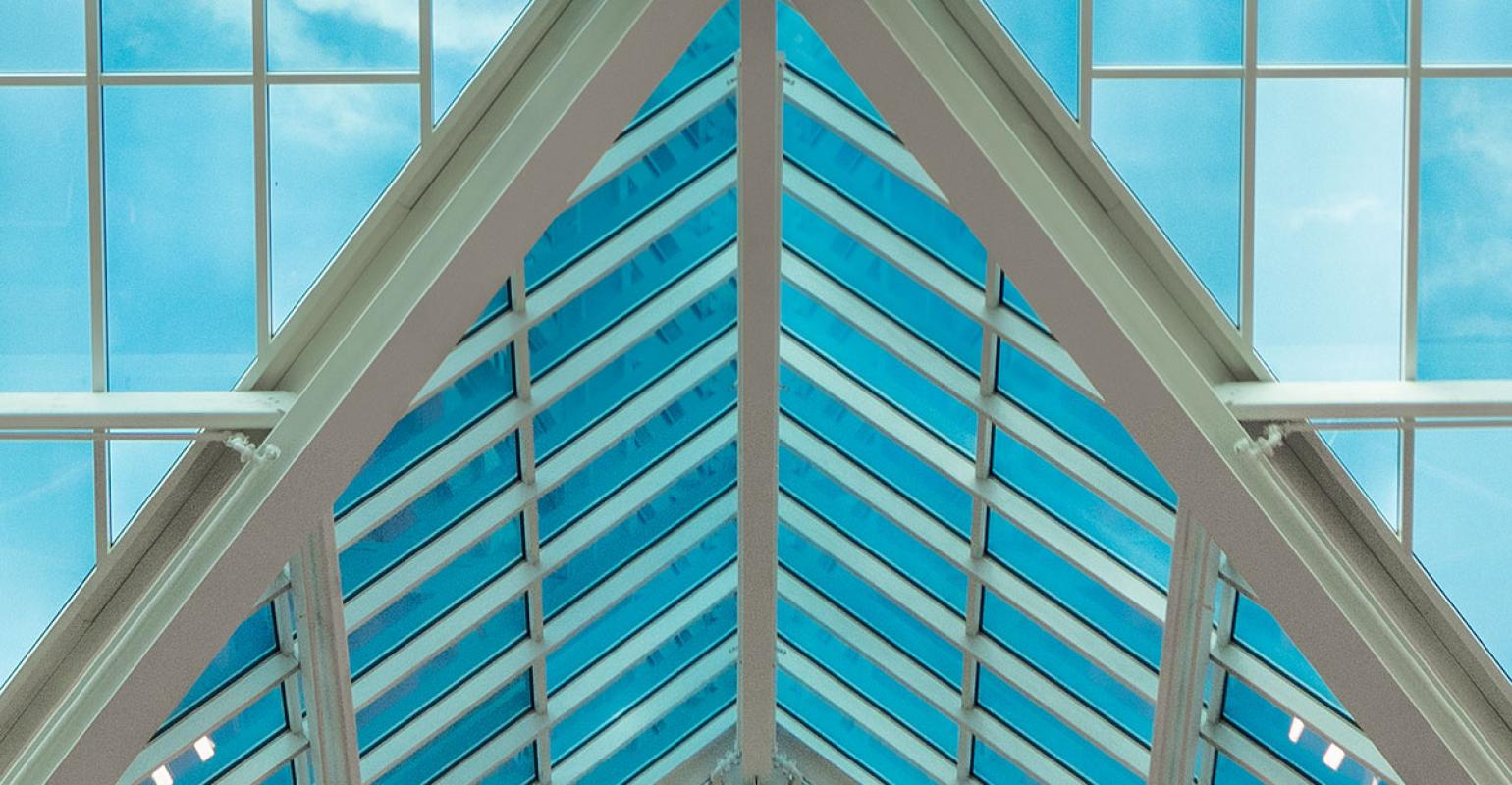 Researchers have studied smart glass at the nanoscale and devised a method to improve the speed of its transformation as well as its durability.

Smart glass that can tint in response to light is being used more widely to help control the temperature and thus the energy efficiency of buildings, airplanes, and cars. Now researchers at Colorado State University have found that manipulating smart glass on the nanoscale can improve its durability as well as the speed at which it responds to external factors.

“The key components of smart glass are electrochromic materials that change color in the presence of an external electric field,” Justin Sambur, assistant professor in Colorado State University's Department of Chemistry, told Design News. “The electric bias initiates a chemical reaction resulting in a color change, or the so-called electrochromic effect.”

Sambur leads a team that has developed an alternative nanoscale design for smart glass that takes a different approach to the electrochromic materials that drive the change in the glass, he told Design News. R. Colby Evans, a graduate student in Sambur’s lab, came up with the idea and then collaborated with others in the lab to test it. The researchers published a paper on their work in the journal Proceedings of the National Academy of Sciences.

Instead of testing these electrochromic devices on a macroscopic level—in which the average behavior of the entire window pane is averaged and the microscopic-level variations in the device performance are hidden—researchers took a nanoscopic approach, he said. They used smart-window technology from Heliotrope Technologies, which is based on nanoscale materials, for their research.

“We were curious if device performance varied at the nanoscale,” Sambur told us. “That is, what if single electrochromic nanoparticles act differently from particle to particle? If we could understand the behavior of single nanoparticle ‘building blocks,’ then perhaps we could offer design strategies to design better smart windows.”

Specifically, the team studied electrochromic tungsten-oxide nanoparticles, which are 100 times smaller than the width of a human hair. In experiments, they discovered that single nanoparticles on their own tint four times faster than films of the same nanoparticles. The reason for this speed is that the interfaces between nanoparticles trap lithium ions, which slows down the process. Over time, these ion traps also degrade the material’s performance, researchers discovered.

“The key take away from our research is that each nanoparticle in a nano-smart window behaves differently,” Sambur explained. “The particle-dependent behavior leads to performance issues of the entire window. Tinting speed and reversibility are compromised as more and more particles touch each other. Single nanoparticles tint more quickly and reversibly than a nanoparticle film made of trillions of particles.”

To conduct its research, the team developed an imaging method to measure optical changes of single nanometer and micrometer-sized electrochromic particles during smart window operation.

The work has the potential to inspire new design strategies for smart windows that can switch from dark to light faster and more reliably than current technologies, Sambur said.

The researchers plan to continue their work by applying the imaging method it designed to energy storage technologies such as batteries and supercapacitors.

“The charge storage materials in these devices may also change color during operation, and we can leverage their color-changing properties to study energy storage at the nanoscale,” Sambur said.