Op-Ed: Carbon Dioxide to Liquid Fuel: Is It Time to Make the Leap? 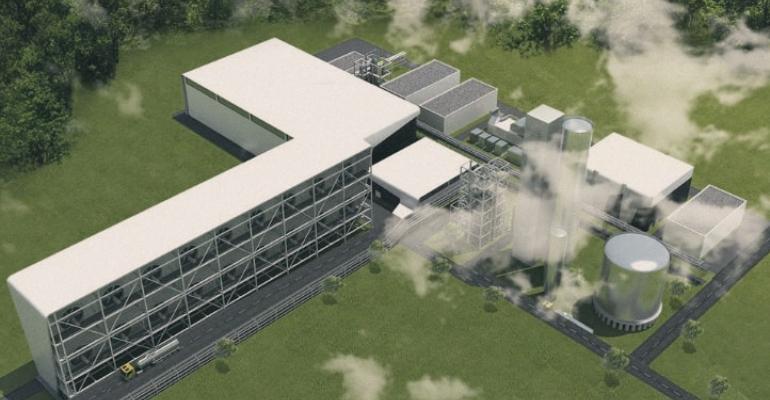 The technology to pull carbon dioxide out of the atmosphere and make useful things from it is here. But unless it can be done profitably, it’s unlikely that we will use it, despite its importance in reducing climate change.

One thing is becoming clear: What we are doing isn’t working. In April of this year, the level of carbon dioxide (CO2) in the atmosphere was 410 parts per million (ppm). The last time CO2 levels were over 400 ppm was during the mid-Pliocene era 3 to 5 million years ago. Despite moves to renewable energy and attempts to improve efficiency, the global manmade output of carbon dioxide (CO2) was a record-setting 32.5 gigatonnes in 2017—a 1.4 percent increase over the previous year. The rise was due to a 2.1 percent increase in global energy demand, with 72 percent of that demand met with fossil fuels.

It’s not like we aren’t trying. Switching from coal to natural gas for electricity production has helped, along with the spectacular growth in solar energy worldwide. Electric vehicles haven’t made much of an impact yet (with around 1% of the new car market). But they are poised to increase significantly during the next decade. However, the numbers are still going in the wrong direction. Temperatures are rising about 0.2°C per decade and will increase by more than 1.5°C by 2040, compared to 2015, according to a recent UN draft report.

If what we are doing hasn’t worked, it’s time to try something different. Several efforts are underway to develop technologies that will pull CO2 directly out of the atmosphere. It’s something that plants do every day. Photosynthesis combines CO2 from the atmosphere with water and energy from sunlight to create sugars, starches, and other useful organic materials while releasing oxygen back into the atmosphere.

Yet we have unbalanced the system by dumping unimaginable amounts of CO2 into the Earth’s atmosphere by burning fossil fuels over the past 150 years. In addition, deforestation is removing 18.7 million acres of forests annually—clearing an amount of land for housing and animal grazing that is the equivalent of 27 soccer fields every minute, according to the World Wildlife Fund (WWF). If we are placing plants in a position where they cannot keep up, then maybe we can build machines to remove enough CO2 to make a difference.

That’s the idea behind the NRG COSIA Carbon X-Prize. It’s a $20 million global competition to create breakthrough technologies to convert CO2 emissions from power plants into useful things like building materials or even alternative fuels. The competition started in 2015. At this point, there are ten finalists whose ideas are being tested on a large scale at facilities adjacent to existing power plants. Among the ideas are creation of concrete, plastics, food, and synthetic fuels from the CO2 that would normally be sent into the atmosphere. By 2020, a winner of the competition will be announced.

The first commercial plant to capture CO2 from the atmosphere opened in Zurich, Switzerland in 2017. The Climeworks plant is designed to produce 900 tonnes of CO2 annually, which is supplied to a nearby greenhouse to help grow vegetables. During the Climeworks process, CO2 from the atmosphere is deposited on a special filter. Once the filter is saturated, it is heated and releases the gaseous CO2. The project was one of the eleven finalists of the $25 million Virgin Earth Challenge for CO2 capture technologies that took place in the early 2000s.

Another effort is underway by a Canadian company called Carbon Engineering. It has developed a patented continuous process that uses a solution of potassium hydroxide to capture the CO2 from the atmosphere, converting it into a carbonate. Carbon Engineering was also a finalist in the Virgin Earth Challenge.

Small pellets of calcium carbonate are precipitated from the solution and dried into pellets. These pellets can then be heated to release a pure stream of CO2, which  Carbon Engineering plans to use to mix with hydrogen obtained from electrolysis of water to form synthetic gasoline. The company claims that the cost at large scale will be $100 to $150 USD per tonne of CO2 that is captured. This compares favorably with the $600 per tonne that other processes are estimated to cost.

So could the technology be a disrupter, finally effecting a reduction in the amount of CO2 in the atmosphere? The answer, as always, is that it depends. The downside to capturing CO2 is the energy that is required to do so. The Carbon Engineering process requires 8.81 gigajoules (2,447 kilowatt-hours) of energy to capture a metric tonne (2,204 pounds) of CO2 from the atmosphere. That’s enough energy to drive a Tesla Model 3 almost 10,000 miles. If that energy comes from hydroelectric, solar, or wind energy, there are no additional CO2 emissions to worry about. But if it comes from a dirty fossil fuel power grid, the carbon emissions resulting from the energy generation could be greater than the amount of CO2 removed from the atmosphere.

“The 8.81 GJ required for all thermal and electrical needs is consumed on site in such a way that combustion CO2 is co-captured and delivered at pressure along with that from the atmosphere,” the company told Design News. In essence, the plant captures its own CO2 emissions.

Converting the stream of CO2 gas into a liquid fuel also requires significant energy. Carbon Engineering’s plan is to use electricity to break down water by electrolysis to produce pure hydrogen. Then, using a catalyst, the CO2 and hydrogen can be converted into liquid synthetic gasoline in a modification of the Fisher-Tropsch process. The production of the gasoline would result in a saleable product—one that would help to make the carbon capture less expensive.

“The bulk of the energy requirement is to electrolyze water into hydrogen. The DAC and fuel synthesis steps consume a minority of the total energy requirement,” noted a Carbon Engineering spokesperson. “The strategic opportunity presented by the AIR TO FUELSTM process is to harness renewable electricity where it’s cheapest to generate, use that (intermittent) power to generate hydrogen, and then—by re-combining with atmospheric CO2—make fuels that store the energy and are easily transportable to market,” the company added.

Overall, if renewable carbon-free energy is used in every step of the process, the synthetic gasoline produced should be carbon neutral. In other words, the amount removed from the atmosphere should equal the amount returned to the atmosphere by burning the fuel in an automobile.

The problem is, a carbon neutral solution for transportation, while admirable, does not reduce the level of CO2 already in the atmosphere. At best, it’s a stopgap. The effects of greenhouse gas induced climate change are already becoming evident. We must not only reduce the present CO2 emissions, but also find a way to remove what is already there. It seems to be our only hope to avoid potential catastrophic outcomes of ever increasing atmospheric CO2 levels.

The one place where carbon neutral is the best that we can hope for is aviation. Although electric flight has been enthusiastically demonstrated, the energy and power outputs of existing lithium ion batteries aren’t sufficient for the requirements of commercial scale air travel.  “Certain sectors of transportation will be amenable to electrification, but liquid fuels have ~30x higher energy density than today’s best batteries, so renewable liquid fuels will be very helpful in decarbonizing certain heavy transportation modes,” a Carbon Engineering spokesperson told Design News.

Liquid fuels are still the best option for aviation—especially if we could synthesize those fuels from CO2 removed from the atmosphere. It’s something we should be doing now, not someday in the future.

Ironically, all of this becomes academic unless the process of removing CO2 from the atmosphere can become profitable. Saving the planet isn’t worthwhile unless someone can make money doing it. Carbon Engineering’s synthetic gasoline is only possible if a tax is placed on the amount of CO2 an industry emits—the $200 per ton carbon tax proposed in California would make the synthetic gasoline financially viable. Sea level rise, wildfires, stronger hurricanes, crop failures, famine, and species extinction—all effects of a warming climate brought about by increasing CO2 emissions—are not a part of the equation.

It’s a popular thing to say that we shouldn’t pick winners and losers; that we should let the “market” decide each of our next steps. Well, that vaunted market is how we got where we are—a planet whose rapid warming is threatening our survival. Maybe we should be trying out some winning technologies on a big scale now before we all become the losers.