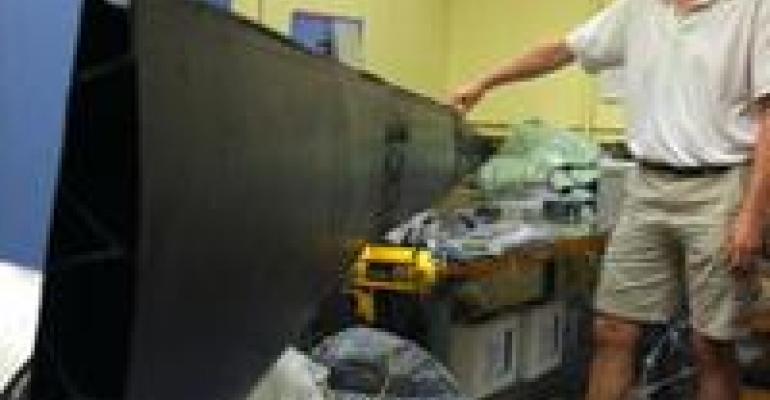 Researchers at Lehigh University have built an unusual wing, made of a single piece of carbon fiber composite, for an unusual type of airplane: An unmanned craft designed for high-altitude perpetual flight. The 6.5m (21.3ft) wing has no fasteners or adhesive joints.

Mechanical engineer Joachim Grenestedt, and computer scientist John Spletzer, fabricated the wing in the university's Composites Lab, as part of their Dynamic Soaring project. Lehigh is one of the research universities chosen to be a member of the US government-sponsored National Additive Manufacturing Innovation Institute (NAMII). 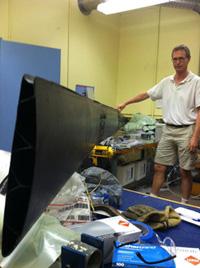 The wing, including wing planks, six internal webs for bearing shear loads, spar caps, and a trailing edge for accommodating wing flaps and ailerons used for flight control, was built in a single molding process. The single-piece construction is highly unusual for composite structures, which are being used increasingly in aircraft, as well as in satellite launchers and spacecraft.

"Usually a structure like this is made in many parts, which then have to be trimmed and joined in advanced fixtures, adding complexity and weight and reducing strength," said Grenestedt in a student newspaper article. "Making complex parts, like a wing, in a single shot is the holy grail of composites manufacturing."

The structure was made from 0.6mm-thick layers of epoxy matrix, reinforced with carbon fibers, in molds that were digitally designed and machined at the university. The material is similar to the composite Grenestedt used in building the Numerette, a 29-ft speedboat with a hull formed of composite sandwich panels bonded to a steel frame.

The wing's top skin was layered into the mold first. Flexible tubing and expanded polystyrene were then used as temporary placeholders to geometrically align the structure for the placement of the internal webbing of carbon fibers. The bottom wing skin was then layered in place, and the structure cured at 121C (250F), which burned away the temporary structure's materials.

An unmanned aircraft that will fly at high altitude, generating its own power from the sun and the jet stream, is the wing's ultimate destination. The project's long-term goal is perpetual flight.

An aircraft designed to fly for years at a time must have long, slender wings, like those on manned gliders, as well as very low drag. It must also fly very fast, so the wings have to be stiff to avoid flutter and divergence, which become critical at high speeds. Finally, it must be strong enough to conduct hard turns at high speed. The new wing was designed to withstand hard turns of up to 20 Gs before failure.

Grenestedt and a team of students fabricated the prototype in about two weeks, and are now testing its ability to withstand extreme forces. The plane's potential applications include launching communications satellites, weather monitoring, and surveillance. The multi-year project is funded by the National Science Foundation and Lehigh University.