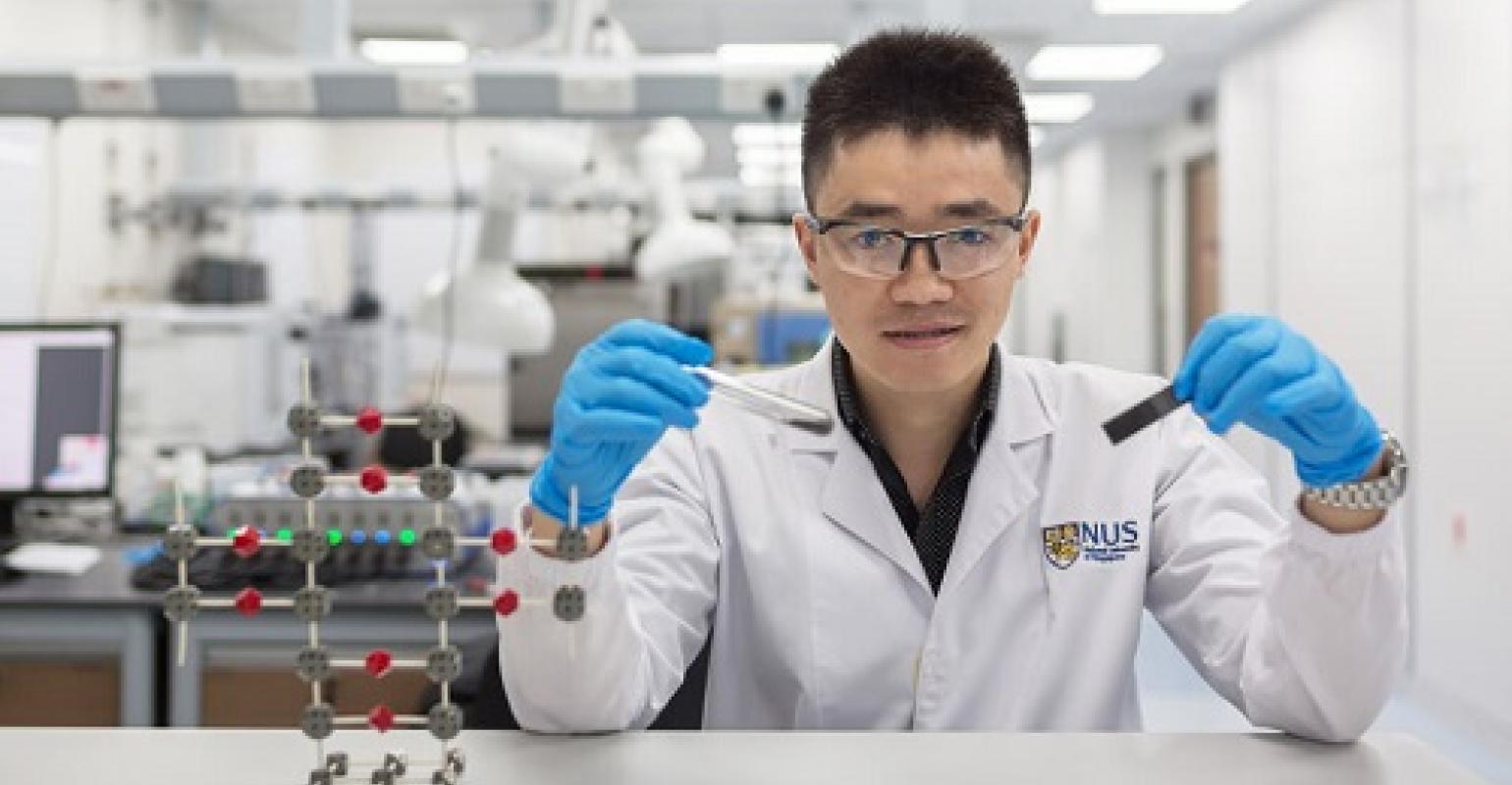 Researchers have developed an ultra-thin 2D polymer sheet—the organic analog of graphene—that is unique because of its conductive capability and regular pores that are smaller than a nanometer.

Researchers at the National University of Singapore (NUS) have developed a new type of two-dimensional polymer that has potential for developing long-lasting sodium-based batteries.

The team from the 2D Materials Research in the Centre for Advanced 2D Materials at NUS specifically has developed an ultra-thin 2D polymer sheet—the organic analog of graphene—that is unique because of its conductive capability and regular pores that are smaller than a nanometer, said Professor Loh Kian Ping, head of the center and a professor in the Department of Chemistry at the NUS Faculty of Science.

The pores in particular can be used to store sodium ions for sodium-ion batteries, which are less expensive to produce and also less hazardous than widely used lithium-ion batteries, he said. The polymer—a material that’s been typically difficult to develop as a 2D material—can be mass produced for much less than the cost of lithium for use as an electrode in sodium-ion batteries, enabling performance at a high capacity for thousands of charge cycles, Loh said.

“In the last century, scientists have successfully developed molecules which can be crosslinked to form one-dimensional and three-dimensional polymers,” he explained. “These are used to produce a wide range of technological products. However, making 2D polymers has met with little success, as most molecules are not flat and they tend to rotate in solution, making it difficult to control their linking to a 2D plane.”

The NUS team was successful where others were not thanks to a strategy to make 2D polymer sheets by pre-packing flat molecules in a crystalline state and carrying out solid-state polymerization, researchers said. Using this approach, the team restricted the rotation of the molecules to allow the 2D polymerization to occur and form carbon-carbon bonds.

Researchers published a paper on their work in the journal Nature Chemistry.

Graphene was first extracted from graphite more than 10 years ago and has become an essential element for material scientists since then because of its versatility. Its development also spurred the field of 2D materials, as well as piqued the interest of scientists in organically synthesizing 2D polymers. However, this work has proved challenging, particularly in constructing stable 2D conjugated polymers with strong linkages, Loh said.

“It is particularly hard to make 2D polymers based on carbon-carbon linkages due to the irreversibility of the reaction,” he said. “Once an error in bond formation is made, it is locked in and cannot be repaired.”

To solve this issue, Loh and fellow researchers set out to create 2D polymers with carbon-carbon linkages because they are most stable type of bonds and can be used in harsh environments, he said.

What resulted was a novel organic 2D polymer material that, when used as the anode material in sodium-ion batteries, can be charged and discharged quickly at room temperature. The anode also retained 70 percent of its capacity after 7,700 charge cycles, an unprecedented performance for this type of battery, according to researchers.

The team plans to continue their work by using advanced computational techniques to design other classes of molecular building blocks that can undergo polymerization in the solid state for the development of other novel 2D polymers, Loh said.