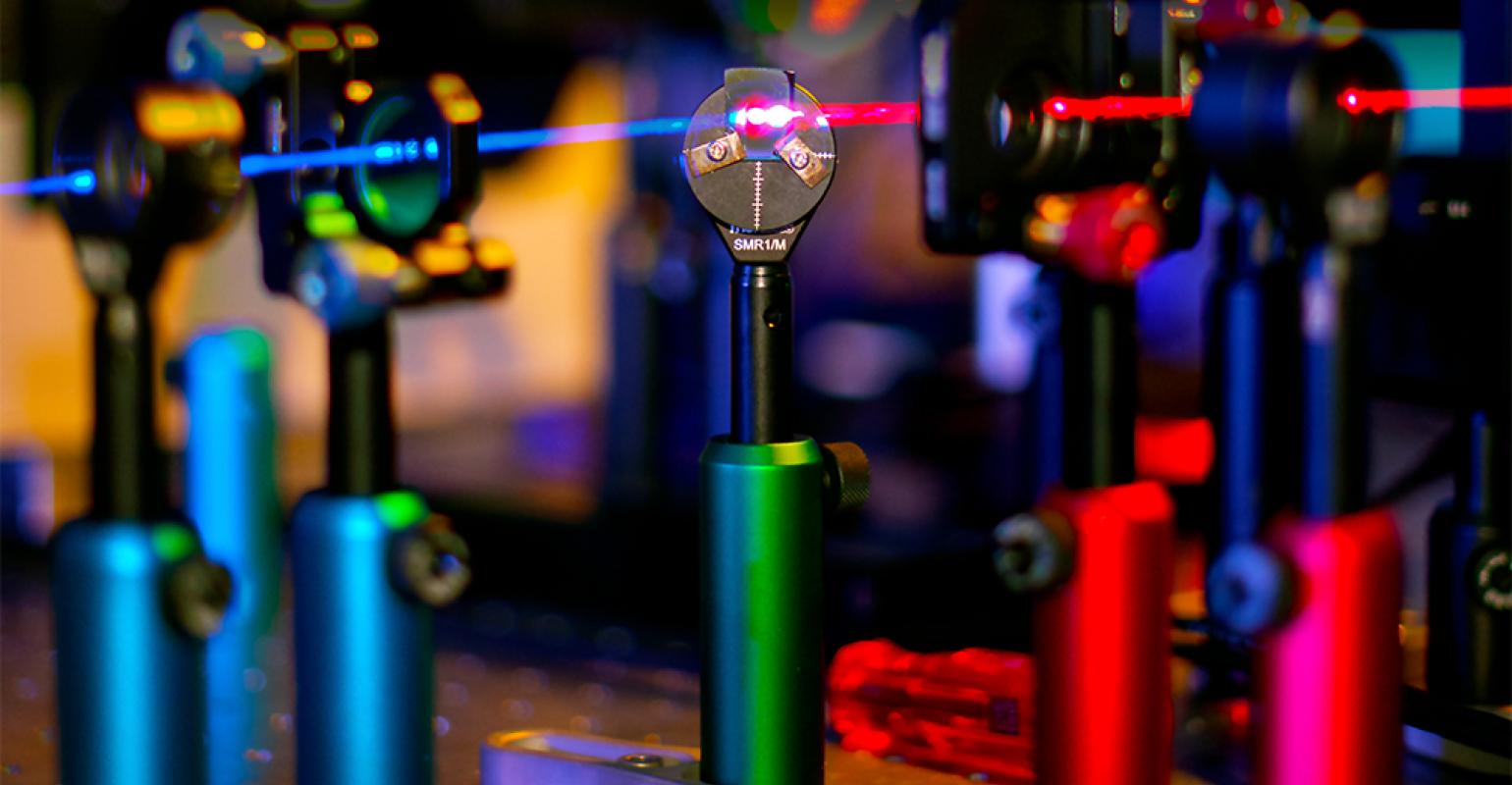 New Tunable Materials Can Change the Color of Laser Light

A new process makes it easier to synthesize nanomaterials with a range of novel optical properties, including the ability to change the color of laser light.

Researchers at the University at Bath have made it easier to develop new, tunable nanomaterials that can change the color of laser light with the invention of a new process that facilitates their synthesis.

Physicists led by Adelina Ilie, a professor in the University of Bath’s Department of Physics, developed a flexible process that allows synthesis to occur in a single flow for a wide range of nanomaterial formed from tungsten disulphide—which is what’s called a transition metal dichalcogenide (TMD).

TMDs are layered materials, and in their two-dimensional form can be considered the inorganic analogues of graphene, researchers said. In the new process, nanomaterials can be grown on insulating planar substrates without requiring a catalyst.

Key to the technique is that it allows for researchers to create multiple shapes and forms of nanomaterials derived from the TMD in one process, something that hasn’t been easily done before, she said.

“The simplicity of this process is important from the standpoint that it allows us to obtain practically all phases of this transition metal dichalcogenide, from in-plane to out-of-plane, as well as from two-dimensional sheets to one-dimensional nanotubes and everything between,” Ilie explained. “Usually different processes are used to create two-dimensional or one-dimensional morphologies. Our process, instead, leads to tunable materials with tunable properties.”

Researchers synthesized a number of forms of the nanomaterials, including 2D sheets growing parallel to the substrate, nanotubes, or a nanomesh resembling a “field of blades” the grow outwards from the substrate, Ilie said. They achieved this using a process developed by the PhD research of Zichen Liu, another researcher on the project, to split the growth process into two stages that can be specifically routed and guided to produce different forms of the materials, she said. Researchers published a paper on their research in the journal ACS Nano.

In the paper, researchers describe how the “field of blades” process has yielded nanomaterials with powerful optical properties for potential novel applications, researchers said. One significant effect these materials have shown is the ability to double the frequency and cut in half the wavelength of laser light, changing its color in the process, they said.

This result paves the way for potential new applications in sensors and other optical applications, Ilie said.

“The ‘field of blades’ morphology is entirely new, and due to its very large effective surface area, might be of interest not only for the non-linear optical properties we showed so far, but also for application in various sensing technologies,” she said, adding that researchers plan to explore these options in future work.

Researchers also plan to continue to investigate the properties of the materials, which they believe have not been yet tested to their limits for optical effects.