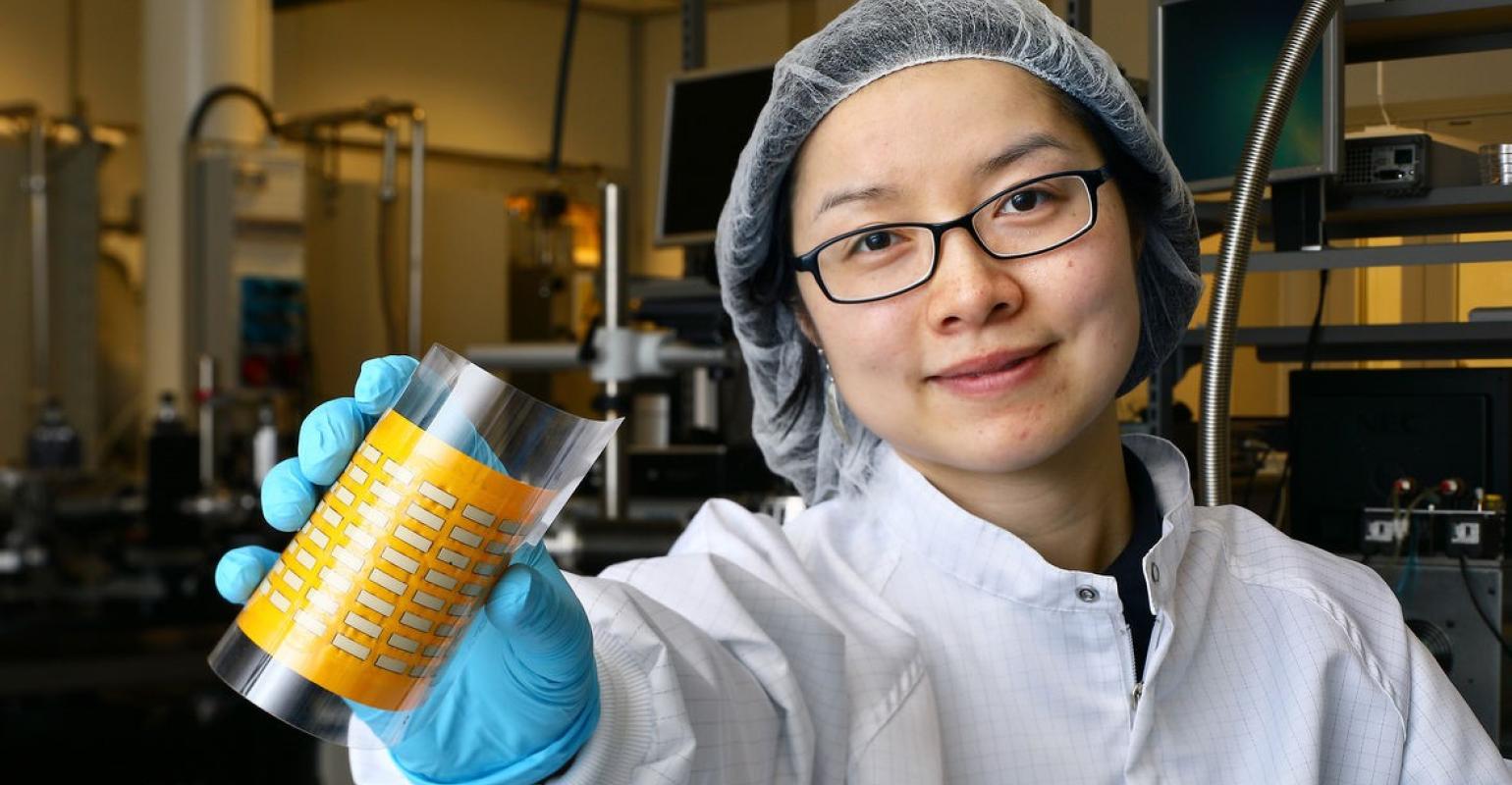 The discovery of a new polymer with unique thermoelectric capability is key to the design of an ultra-sensitive heat sensor for biomedical and wearable technology.

A cross-institutional group of scientists has combined several engineering disciplines to develop a new flexible and printable sensor with unprecedented sensitivity to detect heat.

A team at the Laboratory of Organic Electronics at Linköping University in Sweden has developed the sensor thanks to a unique thermoelectric polymer, which provides the significant boost in sensitivity, researchers said.

The material uses ions as charge carriers instead of electrons, which is how typical thermoelectric materials function. This boosts the effect about 100 times, said the researchers—which included scientists from Linköping, Chalmers University of Technology, Stuttgart Media University, and the University of Kentucky.

Using the material, the team used a screen-printing technique to develop what they said is the first printed thermoelectric module in the world to operate in this way, giving the sensor its unique sensitivity, said Dan Zhao, a research fellow at Linköping University who discovered the new material.

For example, a thermoelectric material that uses electrons can develop 100 microvolts per Kelvin (µV/K) compared with 10 mV/K from the new material. The signal is thus 100 times stronger, and even a small temperature difference gives a strong signal, researchers said in a University news release.

Moreover, the material is easy to work with and versatile, paving the way for a number of new applications, she said. “The material is transparent, soft, and flexible and can be used in a highly sensitive product that can be printed and in this way used on large surfaces,” Zhao said.

The material itself is an electrolyte gel comprised of several ionic polymers. Some of the components are polymers with positively charged ions, which carry an electric current and are commonly found in the known material world.

However, what’s unique about the material is that one of the highly conductive polymer gels is of n-type, which means negatively charged ions carry the current, she said. This characteristic has been rare in materials until now, Zhao said.

This capability is what allowed for the design of a feature that is key to the sensor’s functionality—it is comprised by linked n- and p-legs, where the number of leg connections determines how strong a signal is produced, she said.

Applications for the sensor are numerous, including novel smart bandages that can help heal wounds more quickly and even electronic skin for various wearable technology or robotic devices, Zhao said. Another possible application is to use the sensor to monitor the temperature in smart buildings, she said.