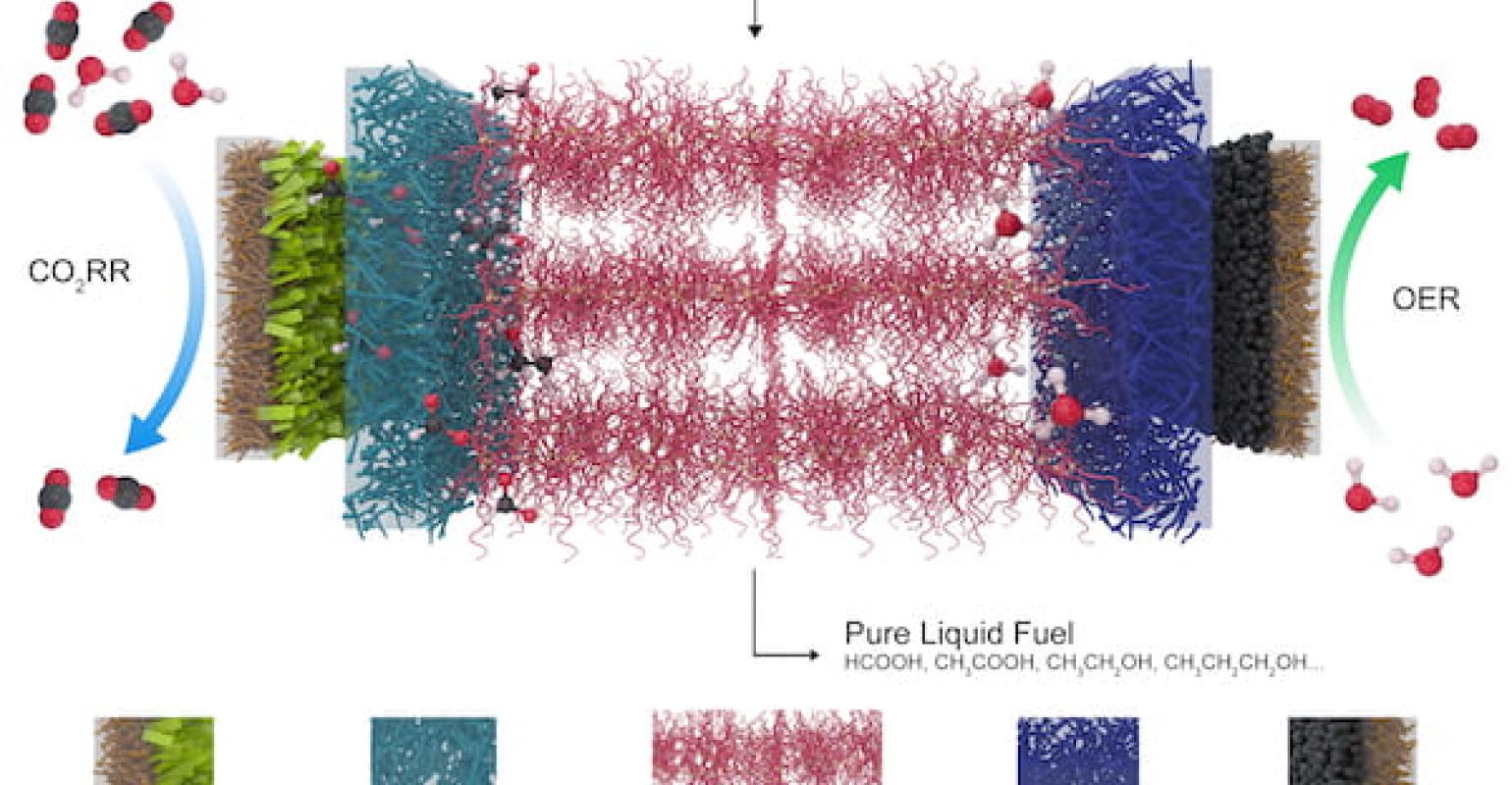 Researchers have developed an electrolyzer that can turn the greenhouse gas into a pure, highly concentrated formic acid, which can be used in fuel cells.

One of the chief aims of researchers looking to help mitigate the effects of climate change is a way to transform greenhouse gases such as methane and carbon dioxide into something more useful, such as fuel sources.

Researchers at Rice University have made a breakthrough in this goal with a new reactor that uses renewable energy to produce pure liquid fuels from carbon dioxide.

The catalytic reactor—also called an electrolyzer and developed in the lab of Rice chemical and biomolecular engineer Haotian Wang—produces high concentrations of formic acid that is more pure than typically can be produced, he said.

“Formic acid is an energy carrier,” Wang said in a press statement. “It’s a fuel-cell fuel that can generate electricity and emit carbon dioxide--which you can grab and recycle again.”

Usually formic acid produced by traditional carbon dioxide devices needs a series of purification steps, which can be costly and time consuming, he said. With the reactor he and his team developed, pure formic acid can be produced directly, thus making the conversion of carbon dioxide to fuel more accessible on a wider scale, Wang said.

Researchers cited two key developments they made to enable the design of the reactor: a bismuth catalyst and a solid-state electrolyte that doesn’t need salt for a reaction.

Using bismuth created a very stable catalyst for a couple of reasons, Wang said. One is that bismuth a very heavy atom--compared to transition metals like copper, iron or cobalt—and its mobility is much lower, particularly under reaction conditions. “So that stabilizes the catalyst,” he said in the press statement.

Researchers also structured the reactor to keep water from contacting the catalyst, another reason for its stability, Wang added.

The team also knew that using an electrolyte that didn’t require salt would preclude the need to remove salt from the formic acid created in the chemical reaction, Wang said.

Typically people reduce carbon dioxide for fuel in a traditional liquid electrolyte such as salty water, which helps ions move freely in an electrolyte to optimally conduct electricity, he said.

“But when you generate formic acid that way, it mixes with the salts,” he said in the release. “For a majority of applications you have to remove the salts from the end product, which takes a lot of energy and cost. So we employed solid electrolytes that conduct protons and can be made of insoluble polymers or inorganic compounds, eliminating the need for salts.”

The team detailed its work in a paper in the journal Nature Energy.

In tests, the new electrocatalyst reached an energy conversion efficiency of about 42 percent, so about half of the electrical energy generated by it can be stored in formic acid as liquid fuel.

In a catalyzer such as the one the Rice team built, the rate at which water flows through the product chamber determines the concentration of the resulting solution, researchers said.

The performance of the current device produces a solution that is nearly 30 percent formic acid by weight, they reported. However, faster flows would allow for customization of the concentration, something the team is aiming for in future iterations of the design, according to the team.

The lab used the device to generate formic acid continuously for 100 hours without much degradation of the reactor’s components, including the nanoscale catalysts, Wang said. Moreover, he believes that the reactor could also produce even higher-value fuels, such as acetic acid, ethanol, or propanol.

“The big picture is that carbon dioxide reduction is very important for its effect on global warming as well as for green chemical synthesis,” Wang said in the press statement. “If the electricity comes from renewable sources like the sun or wind, we can create a loop that turns carbon dioxide into something important without emitting more of it.”