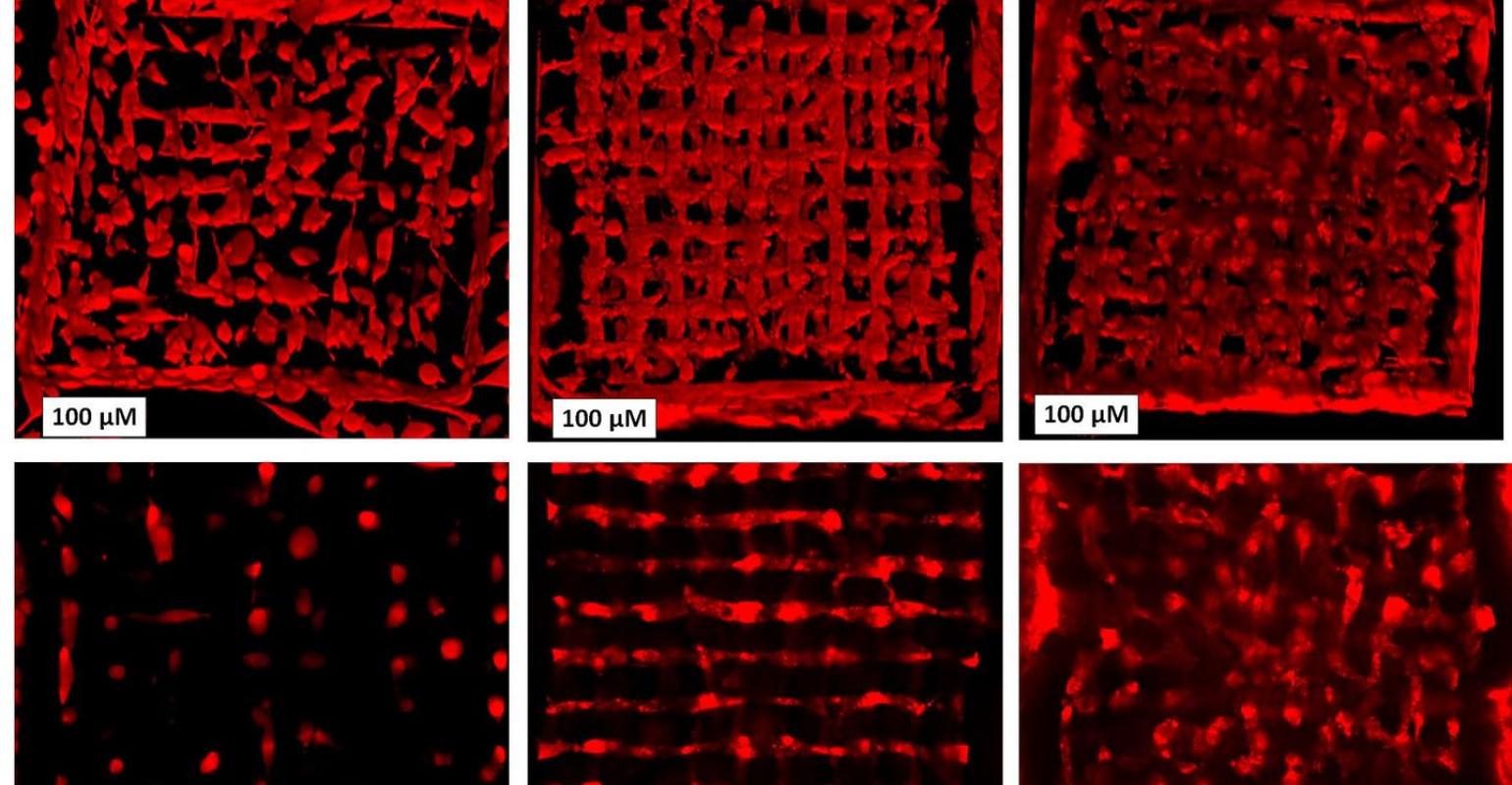 A novel bioink can integrate living cells into 3D scaffolds at a speed of one meter per second, making it possible to study the spread of diseases and produce tailor-made tissue.

3D bioprinting has come a long way in recent years, with scientists using living tissue to print organs as complex as human skin. Researchers in Austria have unveiled an advancement with a process that can integrate living cells into structures at unprecedented speeds and resolution.

TU Wien developed the new technique using a novel bioink that allows cells to be embedded in a 3D matrix and printed with micrometer precision. The technique performs at a speed of one meter per second, much faster than past methods.

"Using these 3D scaffolds, it is possible to investigate the behavior of cells with previously unattainable accuracy,” said Aleksandr Ovsianikov, head of the 3D Printing and Biofabrication research group at the Institute of Materials Science and Technology at TU Wien. “It is possible to study the spread of diseases, and if stem cells are used, it is even possible to produce tailor-made tissue in this way.”

To successfully bioprint cells that can turn into living tissue with various characteristics, it’s key to process the cells in a certain way. While there are many techniques for 3D bioprinting, not all are created equal, said Ovsianikov. “Some methods are imprecise or only allow a very short time window in which the cells can be processed without being damaged, while others have material challenges.”

He noted that the behavior of a cell behaves depends crucially on the mechanical, chemical and geometric properties of its environment. "The structures in which the cells are embedded must be permeable to nutrients so that the cells can survive and multiply,” said Ovsianikov. “But it is also important whether the structures are stiff or flexible, whether they are stable or degrade over time.”

The team can print 3D objects at microscopically fine resolutions, but using living cells at this size has been challenging. "You need liquids or gels that solidify precisely where you illuminate them with a focused laser beam,” Ovsianikov noted. “However, these materials must not be harmful to the cells, and the whole process has to happen extremely quickly.”

To solve this issue, TU Wien researchers have been using what are called two-photon polymerization methods, which use a chemical reaction that is only initiated when a molecule of the material simultaneously absorbs two photons of a laser beam with particularly high intensity.  At the point of photon absorption, the substance hardens, while it remains liquid everywhere else, which makes this method best suited to produce extremely fine structures with high precision.

While this allows for high resolution, it’s a rather slow process—typically in the range of micrometers or a few millimeters per second. This means the cells could die before printing is complete.

Now using the scaffolds, researchers have developed a method that fabricates cell-friendly materials at greater speeds. This means they can print a structure in just a few hours, giving cells a good chance of surviving and developing further. "Our method provides many possibilities to adapt the environment of the cells," said Ovsianikov.. “Depending on how the structure is built, it can be made stiffer or softer.”

He added that even fine, continuous gradients are possible. In this way, it is possible to define exactly how the structure should look in order to allow the desired kind of cell growth and cell migration. The process can also alter the laser intensity to determine how easily the structure will be degraded over time.

Based on the research, the team has created a company, UPNano, to further develop this technique and create bioprinting innovations. They also published a paper on their work in the journal Advanced Healthcare Materials.