HomeMaterialsNew Nickel-Based Superalloy Targets Jet Engines
Recent
Materials
Argo AI Expands to Austin and Miami in Search of More Challenges
May 18, 2022
12 Ideas that Could Change the World
May 18, 2022
Making the AC Power Main Intelligent
May 18, 2022
How to Make Sure Your Digital Transformation Doesn’t Fail
May 18, 2022
POLL
The Internet's Grooviest Slideshow of Legendary International Scouts
May 17, 2022
Electronics Industry Bolsters Root of Trust Security Efforts
May 17, 2022
3 Tips for Embedded Software Configuration Management
May 17, 2022
Novel 3D Printing Method Used to Replenish Coral Reefs
May 16, 2022 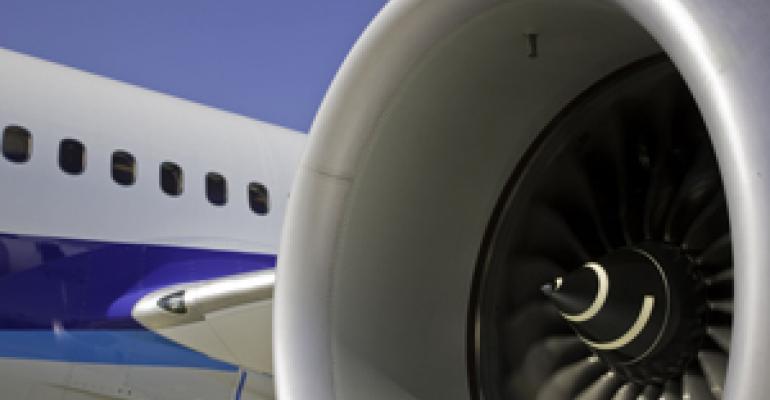 Materials used to make components for the next generation of lighter and higher performing jet engines will include a new, less-expensive superalloy.

ATI 718Plus alloy is the first nickel-based superalloy to be used for both static and rotating jet engine components in more than 40 years, according to Allegheny Technologies Inc. of Pittsburgh. It's going into commercial production this year.

The superalloy is described as a workable, formable replacement material for engine structures such as turbine cases, blades and shafts. Fasteners are also potential applications. Heat treatment consists of solution treating followed by a double aging treatment. Different heat treatments are used depending on the mechanical properties desired.

The material can be welded in both the solution-treated and fully aged conditions using inert gas-shielded arc, plasma arc, electron beam and resistance-welding techniques.

"ATI 718Plus alloy plays an important role in helping engine manufacturers meet their aggressive goals for fuel efficiency and emissions while providing as much as a 25-percent reduction in part cost over more expensive nickel-based superalloys," says Rich Jeniski, director, marketing and business development at ATI Allvac.

ATI says ATI 718Plus alloy provides a major performance advantage over standard alloy 718: a higher operating range that will function reliably at temperatures 100F hotter. Its cost advantage derives both from lower raw materials' costs as well as improved manufacturability.

New jet engines are more efficient because of higher operating temperatures. The hot gas path can be increased from 1200F to 1300F, requiring higher-performing components. Emissions are also reduced because the combustion cycle is more complete.

Another alloy used in the new jet engines is a gamma titanium aluminide material supplied by ATI Wah Chang. It's used in the low-pressure section of the GEnx engine that will power the Boeing 787 Dreamliner. It is said to have half the weight of nickel-based alloys, but is able to withstand higher operating temperatures, further extending fuel efficiency.

It's not specifically known if ATI 718Plus is used in engines designed for the 787 Dreamliner. However, Rolls-Royce, one of the Dreamliner engine suppliers, extensively tested ATI 718Plus at Rolls Royce Deutschland, which established an evaluation and optimization program for the alloy. The program included the development of a complete processing route as well as substantial mechanical testing.

Allvac 718Plus alloy is available in mill product forms for end-use applications that also include forging and extrusion dies.