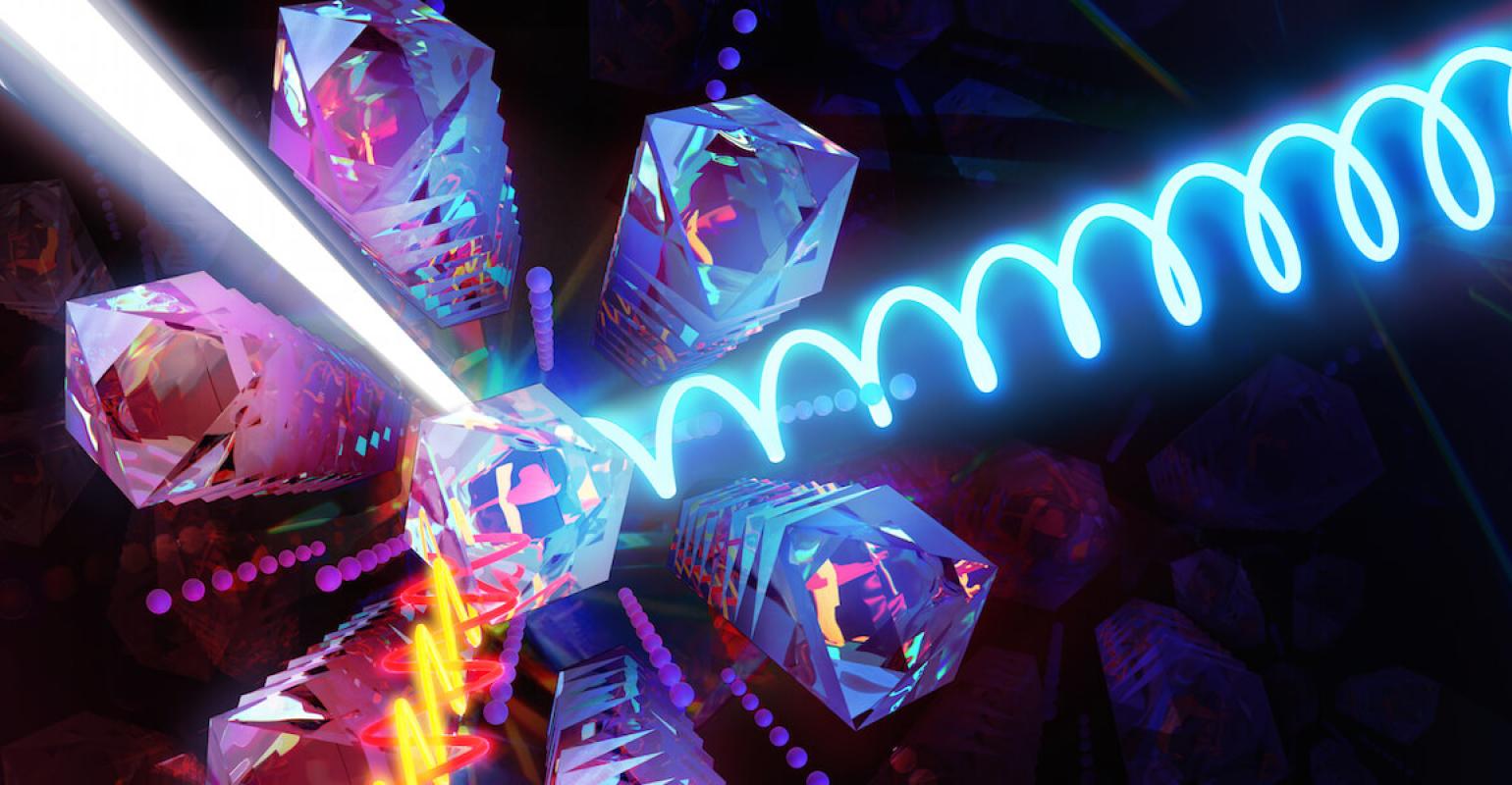 A new material, barium titanium sulfide (BaTiS3), could be the key to a breakthrough in drastically improving infrared (IR) sensing in autonomous vehicles.

To overcome the issues inherent with using video or other forms of visible light detection (such as poor performance in fog, snow, and other conditions) for sensing, vehicle manufacturers are using LiDAR—a pulsed light-based sensor that detects remote objects. LiDAR uses light in the visible to near-infrared range. But visibility could be improved considerably if the so-called mid-wave and long-wave infrared light were also used. There is a window in the electromagnetic spectrum between 3-5 µm and 8-11 µm where atmospheric scattering is greatly reduced and transmission is quite clear.

Unfortunately, there is a dearth of sensing and light processing materials in this energy range from which sensors can be made. Now, however, a research team at the University of Southern California (USC)—led by Jayakanth Ravichandran, professor of materials science at USC—has identified a new material, barium titanium sulfide (BaTiS3). Thanks to its slightly different structure, it could improve the situation considerably.

Barium titanium sulfide is a relative of perovskite, a calcium titanium oxide (CaTiO3) mineral that was discovered to have excellent photovoltaic properties. Perovskite has attracted attention recently for its potential to produce cheap and efficient organic solar cells. However, there are drawbacks including the fact that perovskites contain toxic lead and are relatively unstable. Taking that as a point of departure, Ravichandran and his team began investigating related materials, looking at optical properties in search of an improved photovoltaic material that could also double as a good thermoelectric material.

What they found with barium titanium sulfide was the highest value of birefringence of any solid material known to man. Birefringence is a form of anisotropy, in which the speed that light travels through a material differs based on the direction it is going. Birefringence is useful for manipulating light in filters and sensors and other optical equipment, such as polarizing prisms. Barium titanium sulfide had been synthesized before, but not as a large enough single crystal to reveal this property.

“The most exciting part is that this large birefringence value happens over a very broad energy range,” Ravichandran told Design News. This includes the range where infrared light transmits through the atmosphere.

The basic elements from which these barium titanium sulfide crystalline materials are made are quite abundant, so the cost of detectors should be attractive. However, additional work is required to fully understand the material’s optical properties and to figure out all the types of optical elements, such as non-linear optics, for which it can be used. Beyond IR detectors for vehicles, this material could have applications in tracking human and wildlife populations, monitoring air pollution from space, and with firefighters to identify heat zones in a fire.

There is also the question of what other properties this intriguing material might possess, all of which will keep Ravichandran and his team quite busy for some time. According to Ravichandran, “Ideally, what you want is a material where you can shine infrared light on it and it absorbs that light while it produces a signal that tells you that it absorbed the light.”

He continued, “Using this material and the detector material that’s used today, we can make a much better detector right now. But if I can also replace that detector material with something superior, similar to what we have found, then you are going to have a solution that is extremely good at not only processing the infrared light, but also detecting it.”