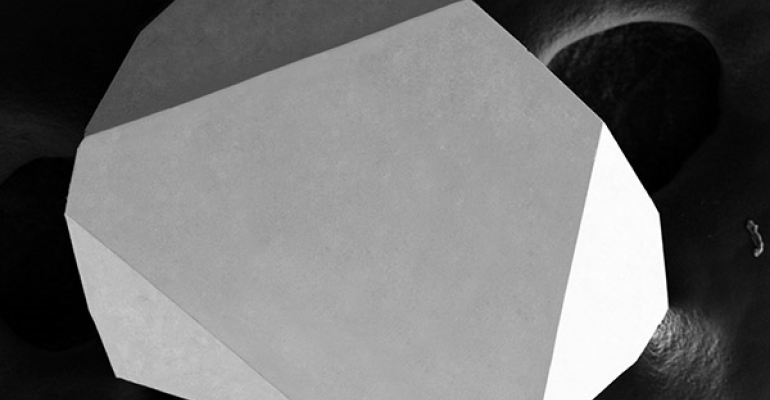 Boron arsenide crystals are being eyed as a material to manage heat in electronics like PCs and mobile devices.

Most people have had the experience of a laptop or mobile phone becoming hot to the touch after too much use. A team of researchers from several universities has come up with what it thinks is a solution to this problem by creating crystals of a semiconducting material called boron arsenide, which have an extremely high thermal conductivity.

The team—made up of researchers from the University of Texas at Dallas (UT Dallas), the University of Illinois at Urbana-Champaign, and the University of Houston—examined the problem of how to manage the heat of devices without the use of metal or cooling fans, which both have their drawbacks, said Bing Lv, assistant professor of physics in the School of Natural Sciences and Physics at UT Dallas.

“For high-powered, small electronics, we cannot use metal to dissipate heat because metal can cause a short circuit,” he said. “We cannot apply cooling fans because those take up space. What we need is an inexpensive semiconductor that also disperses a lot of heat.”

Designers of devices that rely on computer chips and transistors have long struggled to solve the problem of how to manage heat to keep it away from electronic circuitry and dissipate it to the outside environment. When computer chips overheat, programs can run slow or even freeze, the device can shut down altogether, or permanent damage may result from the excessive heat.

The key problem is that most of today's computer chips are made from silicon, which does an adequate job of dissipating heat. Even when paired with other cooling technology in devices, however, silicon has its limitations.

Based on 2013 research out of Boston College and the Naval Research Laboratory, Lv and his colleagues in 2015 turned to boron arsenide crystals as a solution to the problem. However, they found that the material they developed had a fairly low thermal conductivity, around 200 watts per meter-kelvin.

Researchers then set out to optimize the crystal-growing process to boost the material’s performance and in three years have seen significant results, Lv said.

“We … now have gotten the thermal conductivity up to about 1,000 watts per meter-kelvin, which is second only to diamond in bulk materials,” he said. “I think boron arsenide has great potential for the future of electronics. Its semiconducting properties are very comparable to silicon, which is why it would be ideal to incorporate boron arsenide into semiconducting devices.”

The team published a paper on its work in the journal Science.

To develop the crystals, the researchers placed these materials in a chamber that is hot on one end and cold on the other. Inside the chamber, another chemical transports the boron and arsenic from the hot end to the cooler end, where the elements combine to form crystals.

Researchers discovered that the way heat is dissipated in boron arsenide and other crystals is linked to the vibrations of the material. As the crystal vibrates, the motion creates packets of energy called phonons--or quasi-particles-- carrying heat. The unique features of boron-arsenide crystals, including the mass difference between the boron and arsenic atoms, allow for the ability of phonons to travel more efficiently away from the crystals, Lv said.

For those who worry about the toxicity of arsenic itself to humans, once the element is incorporated into a compound like boron arsenide, the material becomes very stable and nontoxic, Lv said.

Researchers plan to continue their work to experiment with other processes to improve the growth and properties of this material for large-scale applications, he said.