New Material Could Transform How Electronics Are Built 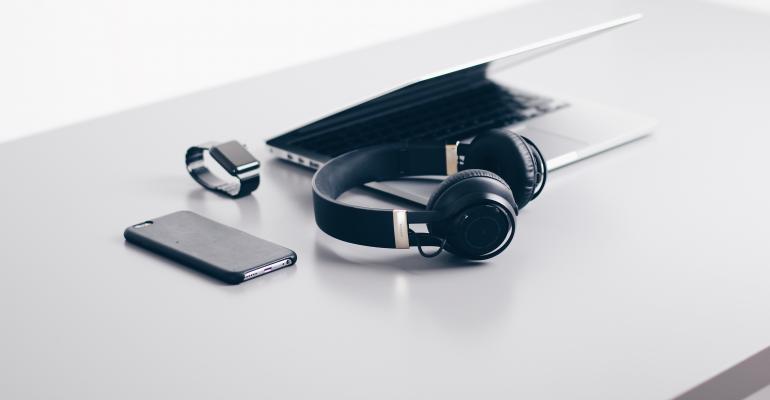 A new family of crystal materials can serve a dual purpose in electron movement in electronic devices, potentially changing how they will be designed in the future.

Researchers have discovered a new electronic material based on observations of electron behavior that could change how electronic devices are developed in the future.

Whereas multiple materials are traditionally necessary to carry out the same tasks, engineers at Ohio State University  (OSU) have found what they call a “dual-personality material” that can serve two roles in electronics. According to Joseph Heremans, professor of mechanical and aerospace engineering and Ohio Eminent Scholar in Nanotechnology at Ohio State, their findings could change the way engineers develops various electronic devices—from solar cells, to light-emitting diodes, to transistors.

The researchers published a paper on their work in the journal Nature Materials.

The new material in question is actually a new family of layered crystals in which the carriers behave like electrons when traveling within each layer, and holes when traveling through the layers, the OSU researchers said.

Electrons comprise electronic devices, and each has a negative charge—or n-type—that can radiate or absorb energy depending on how it is manipulated. Holes—or the absence of electrons—have a positive charge and thus are p-type. Electronic devices work by moving electrons and holes and essentially conducting electricity in this way.

Historically, however, each part of the electronic device could only act as electron-holder or a hole-holder, not both. That meant that electronics needed multiple layers—and multiple materials—to perform.

The crystal material discovered by the OSU team—NaSn2As2—can both hold electrons and holes, potentially eliminating the need for multiple material layers in a device, Heremans said.

“Electronic devices, like transistors, LED’s, solar cells, imaging sensors [etc.] all are made from the juxtaposition of different materials, some n-type and some p-type,” Heremans told Design News. “With our new material, one could perhaps make similar devices just by changing the direction of the current within one homogeneous material.”

Holding Both Electrons and Holes

“The material itself had been synthesized decades ago, but we realized what was special in the motions of electrons inside,” he explained. “And we had the good luck to be able to prove that property experimentally.”

The team discovered the behavior of the electrons more or less by accident, they said. A graduate student researcher in Heremans’ lab, Bin He, was measuring the properties of the crystal when he noticed that the material behaved sometimes like an electron-holder and sometimes like a hole-holder.

This type of behavior previously was thought to be impossible, and He, too, thought he’d made an error. But running the experiment again ended in the same result.

Researchers named the dual ability of the material “goniopolarity,” and believe the material functions this way because of its unique electronic structure. This also means it’s likely there are other materials that behave the same way, which broadens the scope of the research.

Heremans said, though the research has the potential to change how electronic devices work, their work is just the tip of the iceberg.

“It is long-term work,” he said of the team’s finding. “Designing and making even one new electronic device work on the basis of the new principle will take many years of engineering.”