New ‘Analog’ Smart Glass Could Be the Future of Artificial Vision 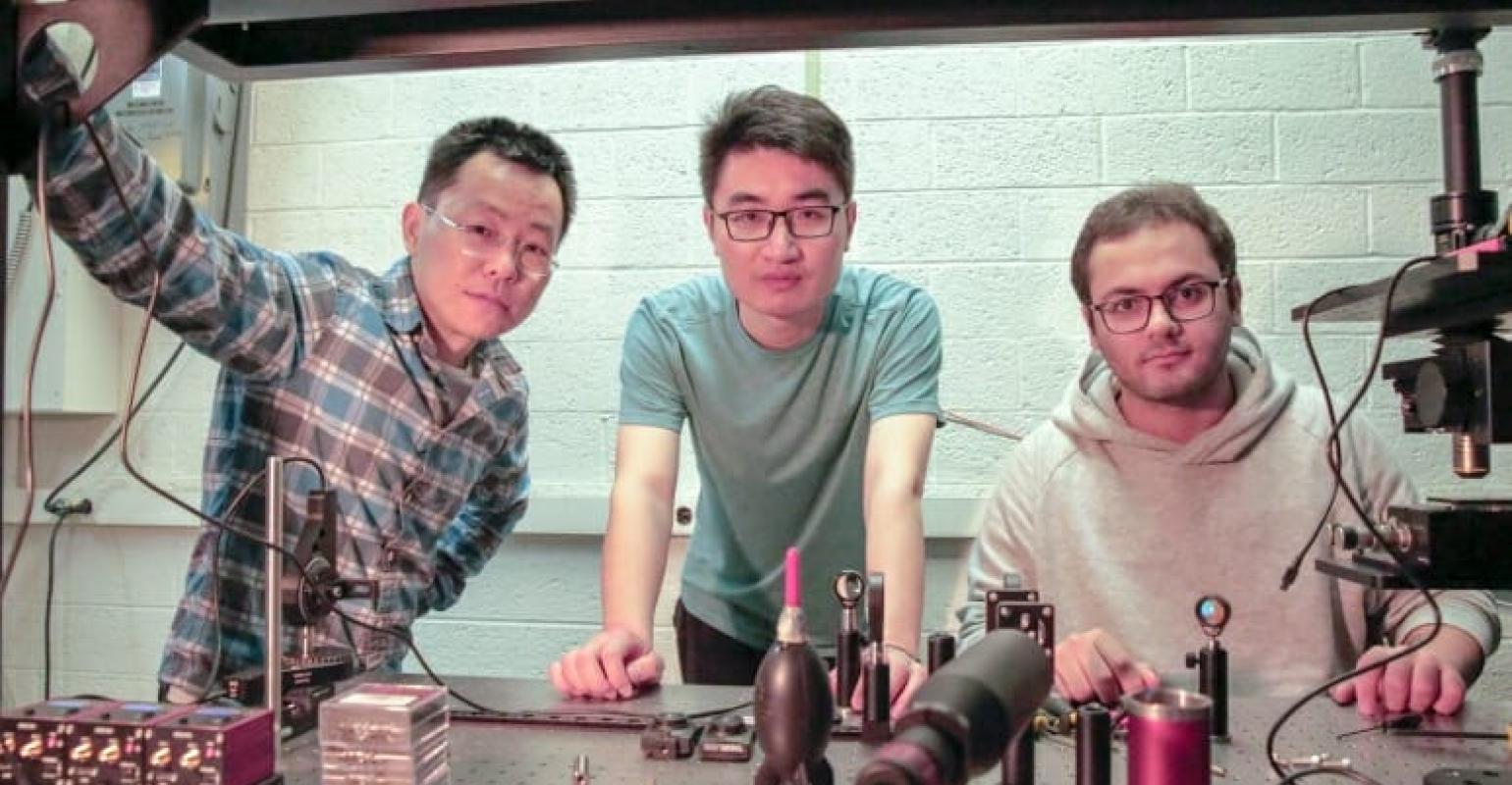 With the increased sophistication of technology such as smartphones and smart eyeglasses, researchers are looking for new ways to upgrade the typical characteristics of glass to meet contemporary technology needs.

To this end, researchers at the University of Wisconsin-Madison have created a new type of smart glass for facial-recognition technology in an analog way that uses simple tricks of light rather than the usual complex technology, they said.

The team—led by electrical and computer engineering professor Zongfu Yu—has developed glass that can recognize images without requiring the usual sensors, circuits, or power sources.

Instead, “we’re using optics to condense the normal setup of cameras, sensors and deep neural networks into a single piece of thin glass,” Yu said in a press statement.

Typically embedding artificial intelligence to add smart capabilities to devices or glass requires computational resources that in turn require a lot of power. However, Yu and his team have come up with a unique and different approach that allows a piece of glass to recognize someone’s face using no power at all.

“This is completely different from the typical route to machine vision,” he said in the release.

The design the team came up with includes pieces of glass that look like translucent squares, with small bubbles and impurities strategically placed within the glass that can bend light in specific ways to differentiate among different images.

In a proof of concept, researchers demonstrated glass pieces that identified handwritten numbers. In the design, light emanating from an image of a number enters at one end of the glass, and then focuses to one of nine specific spots on the other side, each one corresponding to different digits.

In this way, if the light matches an expected pattern, the glass “recognizes” what it sees, researchers said. The proof of concept was accurate enough to detect, in real-time, when a handwritten number 3 was altered to become the number 8 instead, showing complex behavior with a simple technological construct, researchers said.

The team published a paper on their work in the journal Photonics Research.

The technique researchers designed also changed their own view of how technology works, they said. Designing the glass to recognize numbers was similar to the machine-learning training process, except with an analog material instead of digital codes.

To “train” the glass to recognize images, engineers placed air bubbles of different sizes and shapes on the glass. They also included small pieces of light-absorbing materials such as carbon-based graphene in specific locations inside of the glass.

“We’re accustomed to digital computing, but this has broadened our view,” Yu said in the statement. “The wave dynamics of light propagation provide a new way to perform analog artificial neural computing”

Researchers acknowledged that the training process for the glass is time consuming and computationally demanding; however, material-wise, the glass itself is easy and inexpensive to fabricate.

Another benefit to this low-tech way to recognize images is that because the technique is basically built into the material, one piece of smart glass could be used and re-used up to hundreds of thousands of times, he said.

It also could be used as a “biometric lock” to recognize only one person’s face, which could be applied to mobile and electronic devices as the ultimate form of security, Yu added.

Indeed, future plans for developing the technology include determining if it can work for these types of complex tasks, as well as other next-generation uses for machine vision, Yu said.