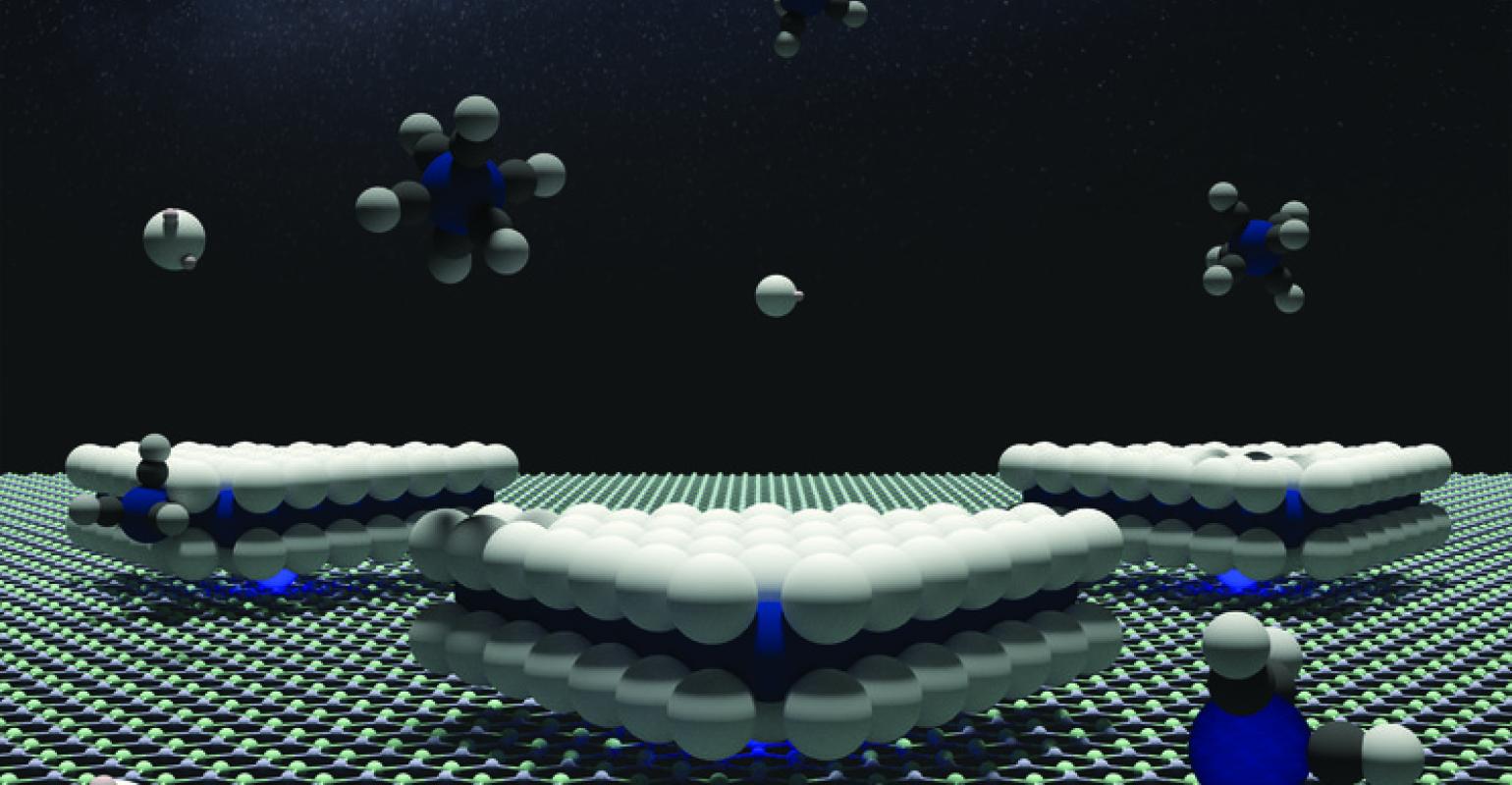 The promise of 2D graphene material for next-generation electronics is well-known—because of its high conductivity and light weight. However, there are many other 2D materials that also can be used in future electronics applications to bring new and improved characteristics.

Some of the materials in which researchers are particularly interested are a group of semiconductors called transition metal dichalcogenides, or TMDs. These materials, a few atoms thick, have unique efficiency for emitting light, making them well-suited for optoelectronics such as light-emitting diodes (LEDs), photodetectors, or single-photon emitters.

So far it’s been difficult to grow these materials in industrial-sized layers—what researchers call “wafer-scale”—because of the way atoms organize themselves when they are deposited on a standard substrate, such as sapphire, said Joan Redwing, professor of materials science and electronics at Pennsylvania State University.

Now Redwing and her colleagues believe they have found a way to overcome this challenge by growing the materials on hexagonal boron nitride.

“It is difficult to fabricate wafer-scale films of these materials with properties similar to bulk crystals,” Redwing told Design News. “Our work provides a pathway to do this.”

The crystal structure of TMDs is what has been the challenge for researchers, because they form triangles as they begin to spread across the substrate that can be oriented in opposite directions with equal probability. When they converge and merge into one another to form a continuous sheet, the boundary they form is like a large defect that dramatically reduces the electronic and optical properties of the crystal.

The approach the Penn researchers took improves the optical and transport properties of the TMDs, which will benefit the performance of next-generation electronics, Redwing said.

The material developed in this way showed improvements in photoluminescence emission and an order of magnitude higher electron mobility compared to 2D TMDs grown on sapphire, researchers found.

According to Redwig, scientists believe that TMDs grown at this scale can be used for numerous next-generation devices, including flexible electronics and optoelectronics, chemical and biological sensors integrated on a silicon platform, and single-photon sources for quantum technologies.

"That's what we're working on now,” Redwing said. “It's difficult to control defects and to grow a single crystal layer across a large surface."

The team published a paper on its work in the journal ACS Nano and Physical Review B.