HomeMaterialsNeurotechnology Builds Prototype 3D Printer Based on Ultrasonic Particle Manipulation
Recent
Materials
Using Low-Code/No-Code Systems for Manufacturing Quality
May 19, 2022
Los Angeles Fire Department Deploys Nation’s First Electric Fire Truck
May 19, 2022
Supplier News Looks at an Automated Coolant Management System
May 19, 2022
Is Magneto the Hero We Need to Destroy Blood Clots?
May 19, 2022
POLL
Using AI To Help the Deaf Communicate
May 19, 2022
Argo AI Expands Driverless Operation to Austin and Miami in Search of More Challenges
May 18, 2022
12 Ideas that Could Change the World
May 18, 2022
Making the AC Power Main Intelligent
May 18, 2022 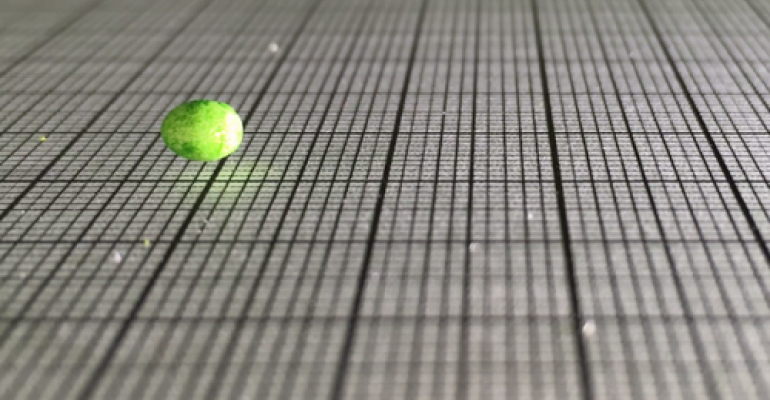 Ultrasonic manipulation could incorporate assembly into additive manufacturing, widening the capabilities of current printers, potentially leading to the creation of a printer that could print and assemble whole devices.

As additive manufacturing (AM) becomes more widespread, new technologies are allowing for the use of AM to create a wider variety of parts and devices. For applications that require non-contact manufacturing, ultrasonic particle manipulation is presenting some new opportunities. Ultrasonic particle manipulation isn’t new, but in AM, it’s becoming a way to harness acoustic radiation forces to trap and move particles or small devices during the printing process.

Ultrasonic manipulation uses ultrasonic waves to create a wave field of varying pressure profiles that can trap and manipulate particles in a certain medium. (Essentially, items become trapped at regions of low acoustic pressure.) It’s a non-contact manipulation method that’s capable of handling particles or components with very different mechanical properties, shapes and sizes, and this presents interesting opportunities for additive manufacturing. Mechanical handling is difficult and complex for very small materials in the submillimeter size range, or for components that are sensitive to touch damage.

Vilnius, Lithuania-based Neurotechnology, originally founded as a biometric technology company, is developing a patent-pending process that will allow for the use of ultrasonic particle manipulation in additive manufacturing (AM).

While there are many 3D printing and assembly technologies, they are usually suited either for printing a certain material or assembling certain components, according to Dr. Osvaldas Putkis, research engineer and project lead for Neurotechnology’s Ultrasound Research Group. Ultrasonic manipulation could incorporate assembly into AM, widening the capabilities of current printers, potentially leading to the creation of a printer that could print and assemble whole devices.

The result is a prototype device that includes an array of ultrasonic transducers that emit ultrasonic waves. With the ability to control all the transducers individually, users can create specific pressure profiles that can trap and rotate particles or components of nearly any composition -- from solder to plastic components, foam and even liquids – to a high degree of precision. Objects ranging from a few millimeters to only tens of microns can be moved, depending on the frequencies used (the higher the frequency, the higher the accuracy). Beyond raw materials, the technology has proven useful for manipulating electronic components. Sensitive components can be manipulated without fear of electrostatic interference (that manual touching would cause) or breakage.

Ultrasonic manipulation is particularly well suited to applications that require different materials, as well as component assembly. One of the technology’s main advantages is that it can be used for manipulating material particles and components with very different mechanical properties and shapes. Ideally, Neurotechnology envisions that a printer with an ultrasonic gripper could print and assemble a whole product -- a smartphone, for example, by printing the electronics, the screen and the casing.

Neurotechnology’s prototype has also demonstrated its ability to create printed circuit boards (PCBs). In addition, an array of transducers, the device also has a camera that detects the position and orientation of the components and a laser to solder the elements onto the PCB one by one. The camera is also used to calibrate the laser.

“The current prototype demonstrates the assembly of SMD [surface mount device] components and their non-contact welding, not the printing of the actual PCB,” Putkis told Design News. “Potentially, the printing of the PCB could also be implemented together with other modalities, leading to the creation of a very universal printer.”

While the prototype is unique, Neurotechnology is not the only company experimenting with ultrasonic manipulation for additive manufacturing. Fabrisonic, an Ohio-based 3D metal printing service provider, offers an ultrasonic additive manufacturing (UAM) technology that uses ultrasonic vibrations to merge layers of foil stock metals in a solid state via disruption of surface oxide films between the metals (rather than via melting) to create a hybrid additive/subtractive system. The hybrid process allows for the creation of complex parts that feature deep slots; hollow, latticed or honeycombed internal structures; and other complex geometries that are difficult or impossible to create with conventional subtractive manufacturing processes.

For its part, Neurotechnology plans to continue working with the prototype printer to explore its capabilities, potential, and applications.

“This technology is at its early stage and more developments are needed to demonstrate its versatility before it can become a game changer in the 3D printing/assembly industry,” Putkis said. “We are seeking partnerships with companies and universities from the 3D printing industry that would help speed up the application of ultrasonic manipulation technology. Our focus will be on increasing the capabilities of our current technology demonstrator by adding other printing/assembly modalities.”

Neurotechnology’s prototype device is shown below in a video demonstration of the process.