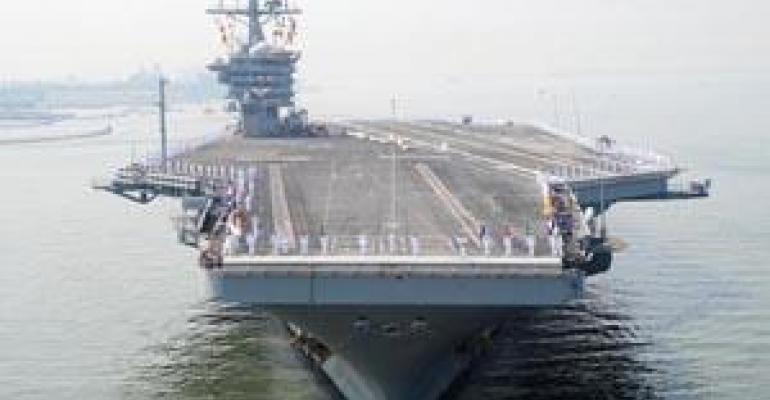 The Office of Naval Research has given researchers at the University of Wisconsin $2 million to create a tool that can model the performance of various biofuels as part of the military's ongoing interest in using alternative energy sources to reduce dependency on traditional fossil fuels.

The use of biofuel to power commercial and military vehicles is still in its early stages, and not all biofuels are created equal. For example, in commercial test flights, Boeing airliners have used different types of biofuel, including one comprised mainly of cooking oil and another made with oil extracted from the seeds of the jatropha shrub. 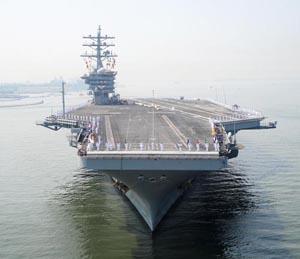 The Navy has its own set of specific needs for the biofuel it could potentially use to power its vessels, such as they must not be easily flammable nor can they mix with water, according to the university. After researching its options, the Navy has narrowed down a type of diesel biofuel, called hydro-treated vegetable oil, as a focus of research for a potential fuel to power ships, submarines, aircraft carriers, and other seafaring vessels.

Now mechanical engineers at the university are tasked with helping the Navy devise the right blend of characteristics for the fuel -- such as how it burns, how its components interact, and how quickly its combustion reaction starts, according to the university.

Normally, this process would require researchers to test each characteristic for every fuel blend they devise, which is expensive and time-consuming. However, to make this task easier, the research team will use the funding to design a tool to model fuel properties to predict its performance as a viable fuel for the Navy's needs, said project lead Rolf Reitz, the Wisconsin distinguished professor of mechanical engineering at UW-Madison, in a press release.

"This tool can help them assess whether that fuel makes sense without having to do laborious extensive testing," he said. "They'll still have to do some testing, but this lets them eliminate certain classes right off the bat."

To create a predictive modeling tool for fuel performance, Reitz and his team will use the distribution of components in the fuels themselves. While all fuels include different proportions of the chemicals of which they're comprised, those chemicals, in combustion experiments, behave similarly. By characterizing how the proportion of chemicals affects the fuel's behavior through rigorous testing, the team will have a fair idea how fuels will perform. This type of experimentation with various fuels will allow Reitz's team to create a model that can predict the behavior of a biofuel merely on its chemical breakdown.