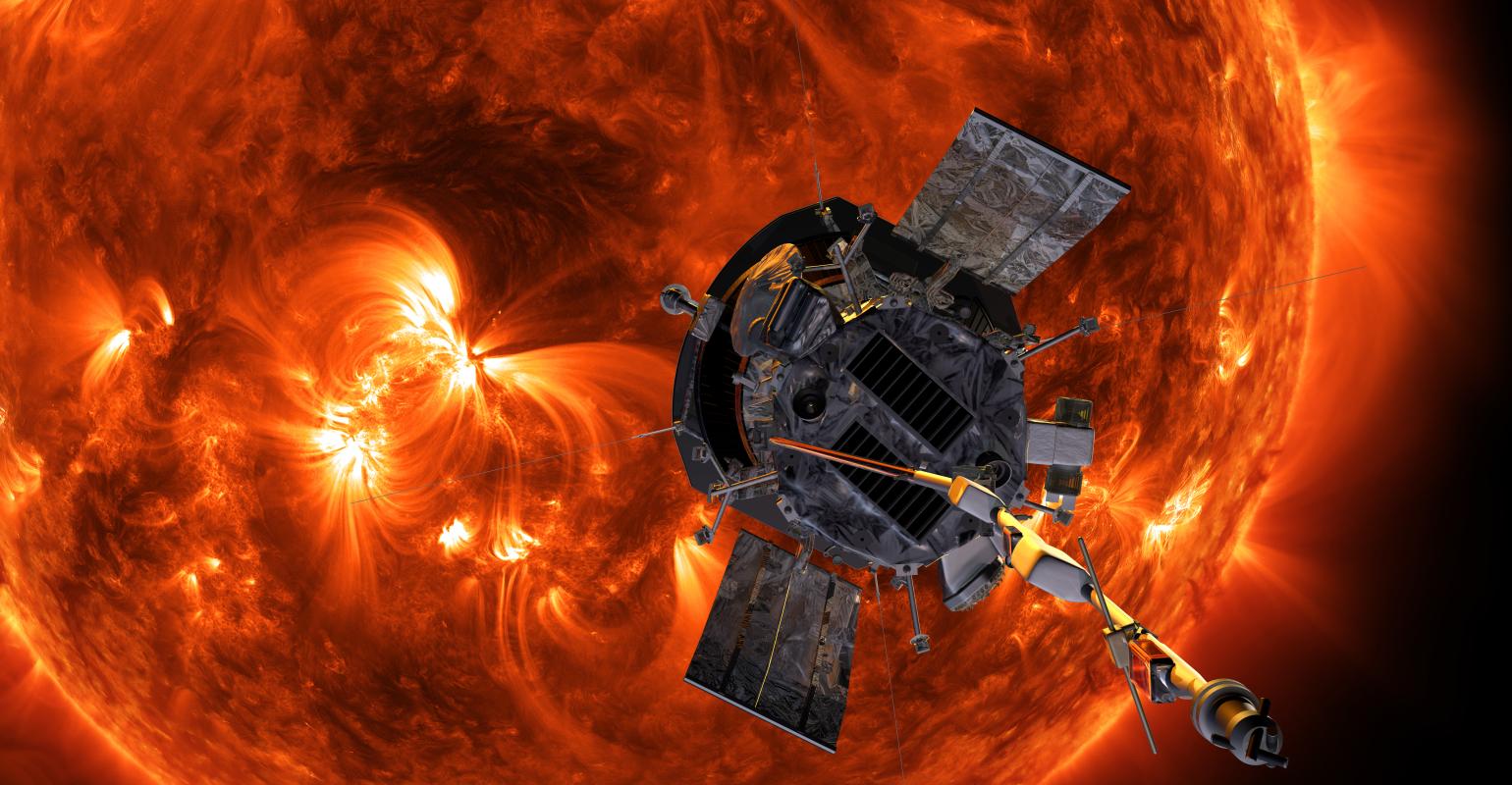 Engineering is the key to a new NASA spacecraft that will provide answers to fundamental questions about the sun.

Considering how important it is to life on earth, we know remarkably little about the sun—the star at the center of our solar system. That is about to change when NASA launches the Parker Solar Probe, currently scheduled for August 11. Parker’s seven year mission will come closer to the sun than any previous spacecraft, traveling directly into the sun’s “atmosphere.”

To understand the challenges of the NASA project, it is helpful to consider a few aspects of the sun. First, on a human scale, it is huge. It would take 1.3 million earths to fill its volume and it makes up 99.86% of the mass of our solar system. The sun comprises about 70% hydrogen and 28% helium, with the remaining 2% by mass made up of all the other elements. The equator of the huge gas ball rotates once every 25.4 days. Near the poles, the rotation is slower, taking as much as 36 days.

The sun is powered by nuclear fusion, changing hydrogen into helium. At its core, the sun is unimaginably dense and hot—its core temperature is 15 million degrees Celsius. At its surface, the temperature “drops” to 6,000 degrees Celsius. But then things get strange. Away from the surface, into a region called the corona, the temperature climbs again to 3 million degrees Celsius. Why this is so is unclear, but the rapid heating causes high speed “solar winds” made up of charged particles that stream into space. The presence of solar winds were first predicted by American astrophysicist Eugene Parker in 1958; the NASA solar probe is named in his honor. It is the first time a NASA spacecraft has been named in honor of a living person, and the 90-year old Parker is expected to attend the August launch.

The interactions of the charged particles of the solar winds with the earth’s atmosphere and magnetic fields can create the aurora effects in the upper atmosphere near the poles. They also can disrupt communications and power transmission on the ground. Satellites in earth orbit can be damaged by solar winds. One of the Parker mission goals is to begin to understand the formation of those winds in order to be able to predict service disruptions on earth.

“And even though the solar wind is invisible, we can see it encircling the poles as the aurora, which are beautiful—but reveal the enormous amount of energy and particles that cascade into our atmosphere,” said Nicky Fox, Parker Solar Probe's project scientist at the Johns Hopkins University Applied Physics Lab, in a NASA briefing.  “We don’t have a strong understanding of the mechanisms that drive that wind toward us, and that’s what we’re heading out to discover,” added Fox.

A great deal of engineering and materials design has gone into the creation of the Parker Solar Probe. To withstand the high temperatures of the corona, a large heat shield (nearly eight feet in diameter) has been developed to protect the car-sized spacecraft. At its surface, the shield is made from a layer of tough carbon-carbon composite. Behind that sits a 4-1/2 inch thick layer of structural carbon foam that is 97% void to provide insulation. The solar panels can retract when the probe is near the sun and extend when the probe is beyond Venus to regulate their power output. The solar panels are water cooled to prevent overheating of the solar cells during near approaches to the sun.

Because radio signals take eight minutes to travel from the sun to the earth, the Parker Solar Probe is highly autonomous. Numerous sensors tell the spacecraft if the heat shield is no longer pointing directly toward the sun. Small thrusters are then fired to autonomously maintain proper alignment before the full force of the solar radiation can destroy the spacecraft instrumentation behind the shield.

The Parker spacecraft is expected to pass within 4 million kilometers of the solar surface at the closest approach of its elliptical orbit during its seven year mission. After each close approach, the spacecraft’s orbit will take it beyond Venus, when it will transmit its data back to earth-bound scientists. After 24 orbits, the spacecraft will have exhausted the fuel for its maneuvering thrusters and will eventually lose the orientation of its heat shield and break apart in close proximity to the sun.

The cost of the Parker Solar Probe is $1.5 billion, including launch on a United Launch Alliance Delta IV Heavy rocket—one of the world’s most powerful. Despite its small size, the probe requires a large amount of energy to escape the earth’s gravitational pull and to be inserted into the solar elliptical orbit. NASA notes that, “…any object launched from earth starts out traveling around the Sun at the same speed as earth—about 18.5 miles per second—so an object has to travel incredibly quickly to counteract that momentum, change direction, and go near the Sun.”