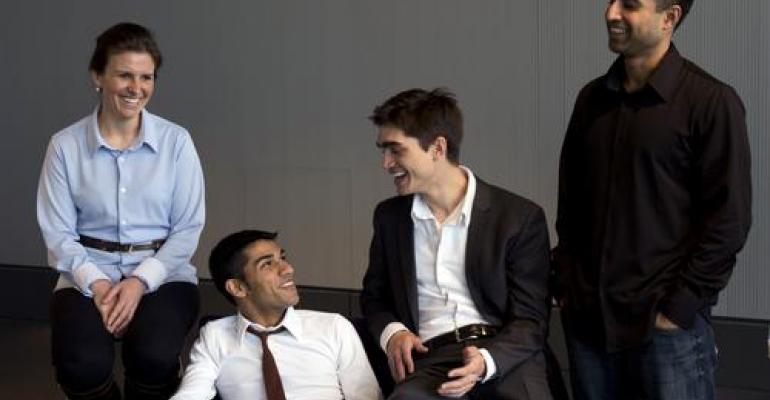 Commuting by subway or on foot in big cities during the summer months can be a sticky situation for professionals, who often find themselves perspiring in their collared dress shirts before they even arrive to work. Ministry of Supply, a startup formed by MIT graduates, has found a way to solve that problem by designing a new line of business dress shirts called Apollo that uses a combination of textiles -- including a material designed for NASA spacesuits -- to keep people cool even when it's hot outside.

Manufacturers have been making sweat-resistant athletic clothing for years using a material called wicking that helps keep sweat away from a person's body as they perspire. Using this in combination with an antimicrobial coating and phase-change material developed by NASA to control the temperature inside space suits, Ministry of Supply -- co-founded by Gihan Amarasiriwardena, Kit Hickey, Aman Adbani, and Kevin Rustagi -- has designed a shirt that customer Brian Cass called "the most amazing shirt I've ever owned." 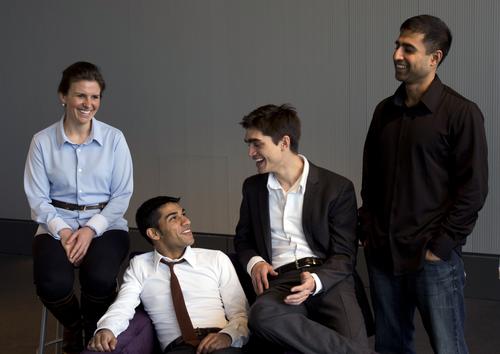 The idea was born about a year and a half ago and based on the experience of a friend of the group who works in the financial industry, Amarasiriwardena, who studied chemical engineering with a focus on materials, told us. The friend complained that when he commuted on the subway in the summer, he would "sweat through his shirt" on the way to work and would feel "really uncomfortable."

"Our idea was, what if we could take materials from running clothing and bring that over to dresswear?" Amarasiriwardena said of his and product design specialist Rustagi's decision to team up to launch the company, which did a small run of 50 dress shirts based on new performance fabrics last October. The company has now sold about 250 men's dress shirts, which cost between $99 and $129 and come in the traditional collar and sleeve lengths, he said.

Amarasiriwardena said some of the design of the material of the Apollo shirt was based on his own experience interning for several summers at Sports Technology Institute in Loughborough, UK. Rather than use woven cotton, the material of which traditional dress shirts for men are made, Ministry of Supply uses a pique knit, which uses a different manufacturing process. "Woven cotton doesn't stretch," he said. "The difference [with Apollo] is the double knitting. On the surface that touches the skin there are very small pores. They pull up the moisture and it's able to evaporate easily and keeps your skin dry."

The material -- which then is coated with an anti-microbial liquid that kills the bacteria on the skin that causes perspiration odor -- is similar to wicking, which is common in athletic clothing. But Ministry of Supply does one better and also uses phase change material developed by NASA to also control the temperature of the Apollo shirt, Amarasiriwardena said. "We print on the inner surface these small microscopic beads that have this special polymer -- it melts when it gets hot," he said.