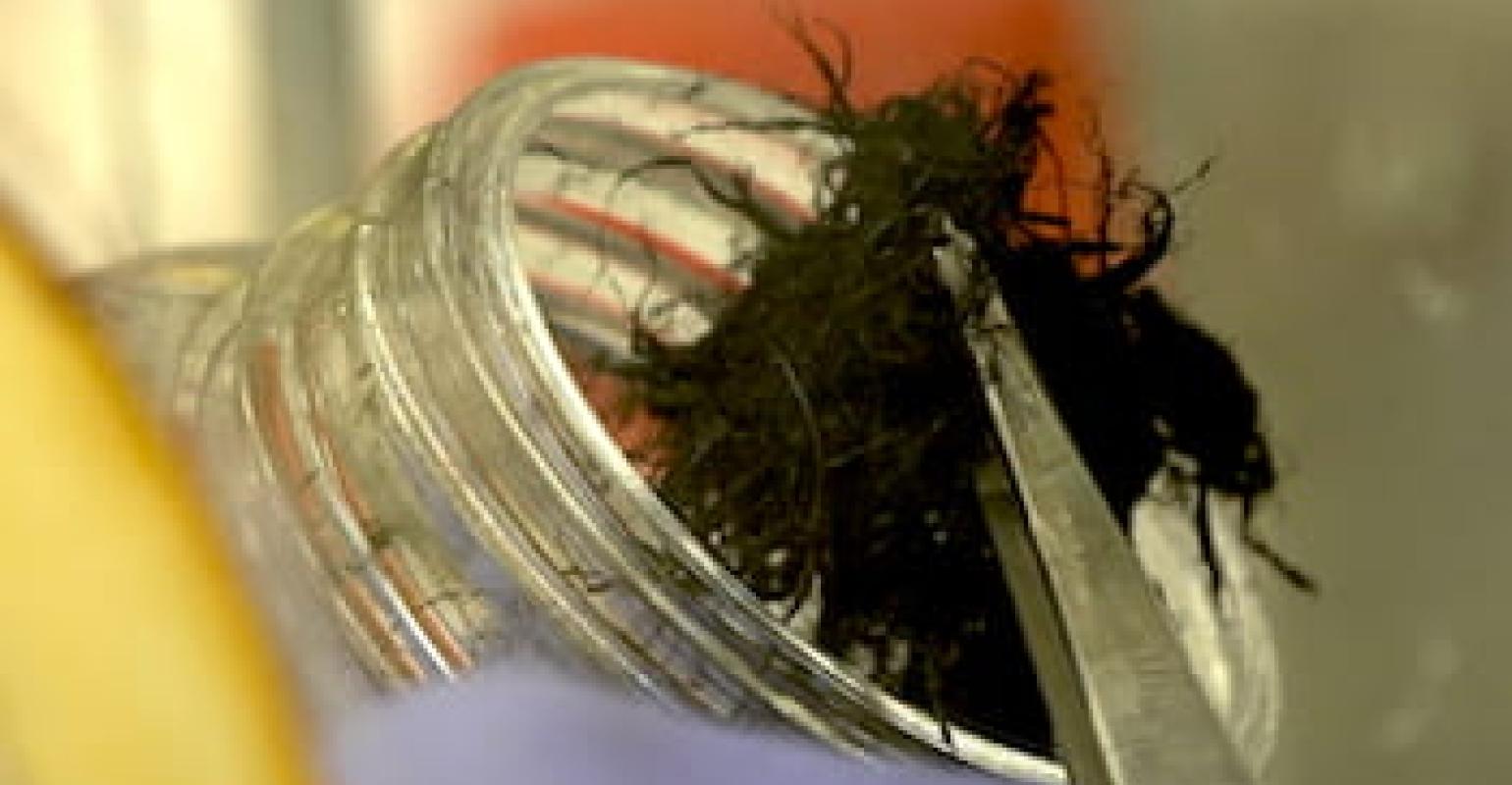 Researchers have found they can restore electrical function to damaged hearts by sewing flexible fibers as conductive bridges into the organs.

Scientists at Texas Heart Institute (THI) have shown that they can sew thin, flexible fibers made of carbon nanotubes into damaged heart tissue to restore electrical function, they said. The fibers can be used as electrical bridges to restore conductivity when it’s been lost, said Dr. Mehdi Razavi, a cardiologist and director of electrophysiology clinical research and innovations at THI.

“Instead of shocking and defibrillating, we are actually correcting diseased conduction of the largest major pumping chamber of the heart by creating a bridge to bypass and conduct over a scarred area of a damaged heart,” Razavi explained in a press statement. He and Rice chemical and biomolecular engineer Matteo Pasquali led the research team together.

Razavi noted that there is currently no technology to treat ventricular arrhythmias, which are caused by the disorganized firing of impulses from the heart’s lower chambers and typically occur when a heart has been damaged.

“They are challenging to treat in patients after a heart attack or with scarred heart tissue due to such other conditions as congestive heart failure or dilated cardiomyopathy,” he said in the press statement.

Six years ago, Pasquali’s lab first developed conductive fibers about a quarter of the width of a human hair from carbon nanotubes—tens of millions of microscopic-sized ones, to be exact.

The current research demonstrated for the first time that the nontoxic, polymer-coated fibers could serve as electrodes and could restore electrical function to the hearts of rodents and other models in lab tests in several instances when initial conduction no longer worked—whether it was slowed, severed, or blocked, researchers said.

When the fibers were taken away, conduction in rodents disappeared, tests found. Moreover, the fibers could successfully perform this function with or without a pacemaker, they found.

This isn’t the only medical use of the fibers that researchers are eyeing, they said. Scientists also are studying their use to act as electrical interfaces with the brain, or for use in cochlear implants.

Researchers published a paper on their work in the journal Circulation: Arrhythmia and Electrophysiology.

Though the technology proved successful in the lab, several challenges and improvements remain before it can be used in humans, researchers acknowledged. The team must devise a minimally invasive catheter to sew the fibers in place as well as ensure the fibers themselves are strong and flexible enough to support a beating hear over the long term, they said.

“Flexibility is important because the heart is continuously pulsating and moving, so anything that’s attached to the heart’s surface is going to be deformed and flexed,” Pasquali said in a press statement.

Researchers also must determine more specifics about fiber characteristics, such as how long and wide they should be, how much electricity they need to carry, and if and how well they can perform in the hearts of younger patients that are still growing, they said.