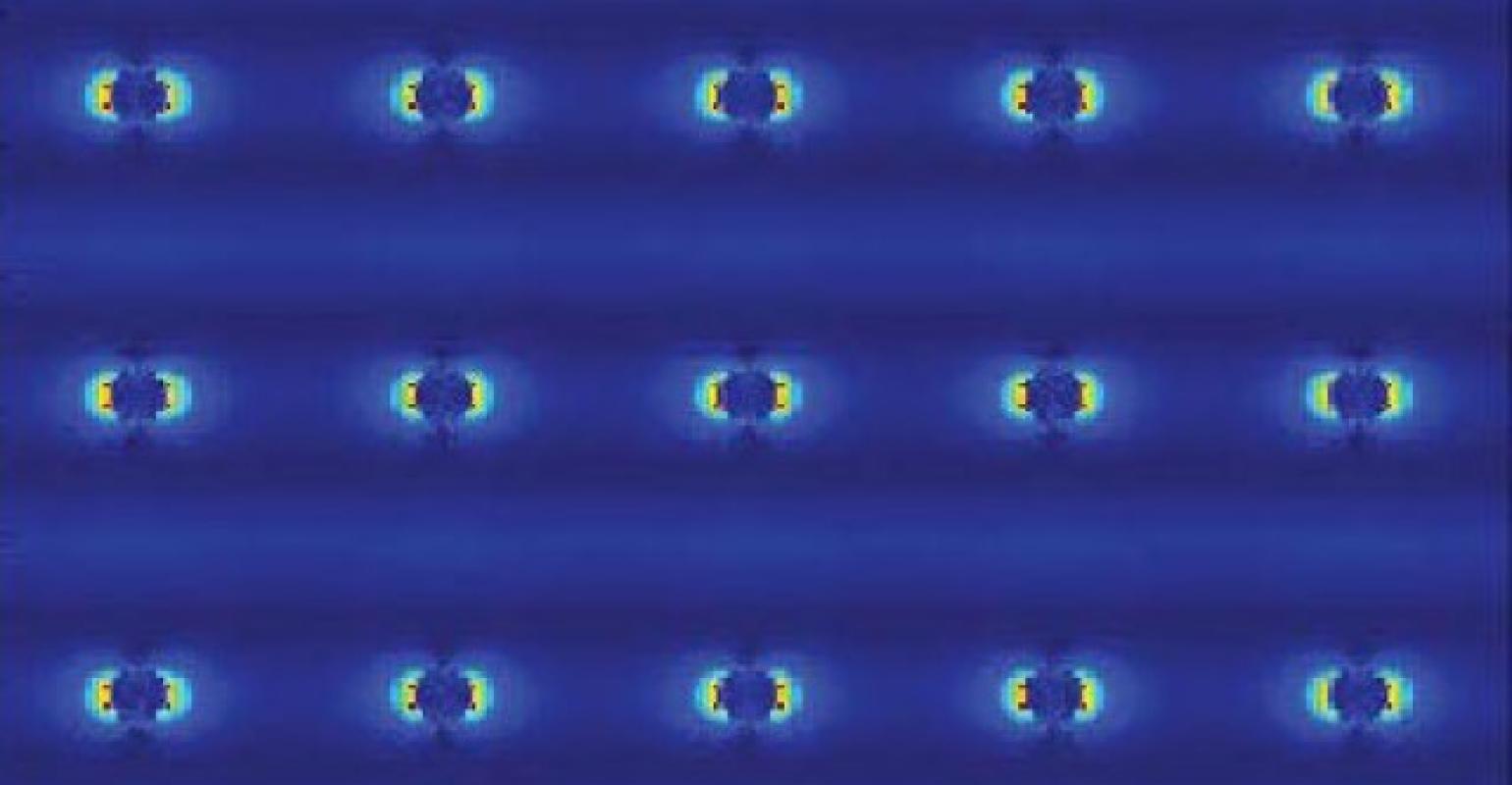 Researchers are eyeing next-generation, bio-compatible medical devices to perform complex procedures inside the human body without being majorly invasive.

As part of this endeavor, researchers at Northwestern and Columbia Universities have developed a nanolaser that is they say is biocompatible and can function inside living tissues without harming them. The researchers published a paper on their work in the journal Nature Materials.

The researchers envision their laser can be used not only for internal medical purposes such as targeted diagnosis and treatment of diseases such as cancer, but also as part of lab-on-a-chip schemes for fast and large-scale molecular characterization, sensing, and synthesis.

There are two key aspects of the laser’s design: One is that the laser is comprised mostly of glass, which is an inherently biocompatible material. The other is that it can be excited with longer wavelengths of light and emit at shorter wavelengths.

Moreover, the laser is just 50 to 150 nanometers thick, or about 1/1,000th the thickness of a single human hair. This means it can fit and function inside extremely confined spaces – including quantum circuits, microprocessors, and even living tissues, researchers said.

Some of the tasks it might perform inside the human body in particular include the detection of disease biomarkers or the treatment of deep-brain neurological disorders, such as epilepsy, the researchers said.

P. James Schuck, an associate professor of mechanical engineering at Columbia University, co-led the research with Teri Odom, professor of chemistry in Northwestern’s Weinberg College of Arts and Science. Schuck said the laser offers a number of benefits to next-generation medical applications.

The nanolaser has “the potential ability to provide a bright light source within very confined spaces such as within a cell or in tissue without a significantly perturbing the system,” Schuck told Design News.

Another benefit of the laser for use inside the human body, particularly inside human tissue, is that it can operate without being tethered to a wire or optical fiber. “This is because the infrared light used to power the laser can penetrate much deeper into tissue than visible light,” Schuck said.

It has been historically difficult to create similar-sized laser systems that can operate at room and biological temperatures and remain stable. The nanolaser developed by Shuck and his team can do this. It also needs much less power than comparable existing lasers, Schuck said, “thus there is less chance for thermal or optical damage to the sample when pumping the laser.”

Unique Use of New Materials

Key to the design of the laser are the unique properties of the arrays of metal nanoparticles of which it’s comprised, which allow for its extremely small size and thinness, Schuck said

The team also used a relatively novel type of optical material for producing the emitted light – specially-designed upconverting nanoparticles, or UCNPs, which are capable of absorbing low-energy infrared and efficiently converting the infrared photons into higher-energy visible light.

“The UCNPs are (easily) coated onto the plasmonic nanoparticle array, and the visible light interacts with the array to create the laser beam,” Schuck explained.

The result is a nanolaser that overcomes many of the limitations that until now have hindered the design of this type of technology.

Aside from medical uses, Schuck added the nanolaser also could be used to enable faster, wider-bandwidth, lower-power on-chip photonic circuitry.