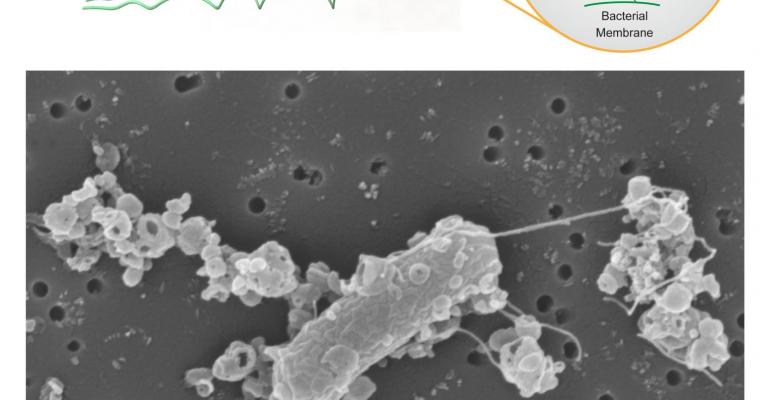 Scientists can remotely control the devices to deliver medications to tumors and other sites within the body.

Scientists have been working on various ways to create biocompatible technologies that can be used inside the human body to deliver targeted medications to alleviate pain, repair cell damage or even treat cancer.

Now a team at the Max Planck Institute for Intelligent Systems has developed tiny micrometer-scale robots made of biohybrid materials that can swim through the body to deliver drugs or carry other cargo to targeted sites.

A team led by Metin Sitti, director of the institute and a professor in Department of Electrical Engineering and Robotics Institute in Carnegie Mellon University, developed the microbots, which—because they are partially comprised of bacteria—can navigate toward certain chemicals, researchers said. They also can be programmed for remote control using magnetic or sound signals, they said.

“This work is an important stepping stone in our overarching goal of developing and deploying biohybrid microrobots for therapeutic cargo delivery,” Sitti said in a press statement.

Built for Speed and Immuno-Suppression

Key to the success of achieving the performance researchers want for the microbots is that they must be made of materials that won’t trigger an immune response, as well as have the ability to swim quickly through viscous environments and penetrate tissue cells.

To meet these criteria, researchers fabricated the microbots by combining genetically engineered E. coli MG1655 and nanoerythrosomes made from red blood cells. They used a biotin-streptavidin interaction to attach nanoerythrosomes to the bacterial membrane.

Nanoerythrosomes are nanovesicles derived from red blood cells. They can be extricated by emptying the cells, keeping the membranes, and filtering them down to nanoscale size.

These tiny red blood cell carriers attach to the bacterial membrane using the noncovalent biological bond between biotin and streptavidin. This process preserves two important red blood cell membrane proteins for the purpose of the microbots: TER119, which is needed to attach the nanoerythrosomes, and CD47, which prevents macrophage uptake.

The E. coli MG 1655 serves its own purpose in the microrobot, that of a bioactuator that can propel the bot forward through the body as a molecular engine, which it does by using flagellar rotation, they added.

Researchers assessed the swimming capability of the bacteria using a custom-built 2D object-tracking algorithm, as well as by taking 20 videos to use as raw data to document their performance.

The nanoscale size of the nanoerythrosomes and adjustments to the density of coverage of nanoerythrosomes on the bacterial membrane also worked to reduce the immune response to the bots so they could do their work, they said.

Researchers published a paper on their work in the journal APL Bioengineering.

The team plans to continue its work to further tune the immune clearance of the microrobots and explore how they can penetrate cells to release medications to tumors.

“If you decrease the size of red blood cells to nanoscale and functionalize the body of the bacteria, you could obtain additional superior properties that will be crucial in the translation of the medical microrobotics to clinics,” Sitti said in a press statement.