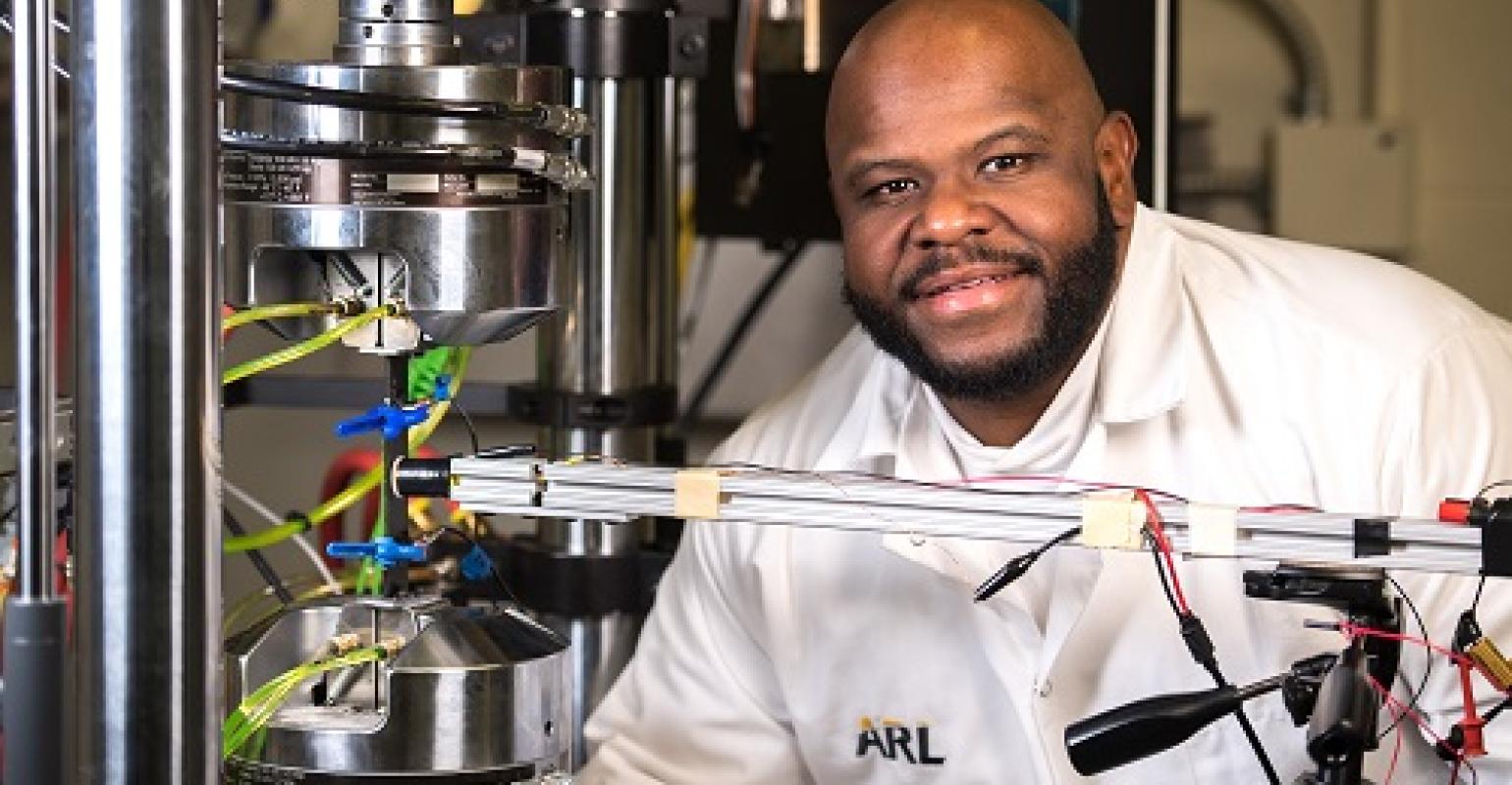 A three-ply “skin” that can sense damage and report it to operators in real time before the damage causes a problem has been developed. Conversely, it can also report when it’s still in operational condition and doesn’t need to be replaced.

The human body is a remarkable machine. When it’s damaged, it sends pain signals (“ouch!”) to the brain as a kind of damage report. In response, we engage in “maintenance” by attending to the injury before it worsens. Imagine being able to transfer that kind of sentience to machines to boost the power of preventive maintenance.

Preventive maintenance is an important step for ensuring continued productivity and safety of most machines. Nowhere is this idea more important than in aerospace, where components such as helicopter rotors are routinely replaced before they show sign of wear and tear. It’s a way to prevent expensive and life-threatening breakdowns, but it wastes a lot of money. Often, the components being replaced are perfectly operational and have life left in them, but their unique composition and the job they’re expected to do make it impossible to tell whether the part is still good. Most helicopter operators would be unwilling to take the risk and simply swap out the part.

Aircraft components and the composites they’re built from need to be as light as possible (while still able to carry out their role). These components often carry high loads, and their lightweight nature mean that even small flaws can lead to failure. Testing for flaws is essential, but needs to be carried out in a non-destructive way, which limits the testing options. As a result, the military actively seeks new ways to carry out non-destructive testing (NDT). One of the most promising new methods uses smart materials.

Clemson University associate professor Oliver J. Myers and graduate assistant Brandon Williams have developed one in a three-ply “skin” that can sense damage and report it to operators in real time before the damage causes a problem. (Conversely, it can also report when it’s still in operational condition and doesn’t need to be replaced.) The research could lead to composites that not only “feel pain” but can show operators where it “hurts” in the same way a human’s nerves tell the brain where damage to the body has occurred. Used in composite materials on aircraft, the potential for the material is extraordinary.

The U.S. Army Research Lab in Maryland is interested in the skin. Indeed, it has provided Myers and Williams with a nearly $1 million grant to apply the material to military aircraft components. The research could help the Army save money on rotorcraft maintenance, said Asha Hall, the lead co-principal investigator and Prognostics and Diagnostics acting team lead in the Mechanics Division of the Vehicle Technology Directorate at the U.S. Army Research Laboratory.

“We’re trying to extend that maintenance-free operating period,” she said. “The big, big impact is to reduce sustainment costs for the Army.”

The skin is a thin layer of magnetostrictive film sandwiched between two sheets of carbon fiber reinforced polymer, or CFRPs. (Magnetorestrictive materials, in this case Terfenol-D, an alloy comprised of terbium, dysprosium and iron, are those that change their dimensions and shape when they undergo magnetization.) Essentially, the material “feels” physical stress by sensing changes in the magnetic field, and relays this information to operators, who can then evaluate the structural integrity of the composite materials.

“The embedded magnetostrictive material is sensing the problems or damage in the composite structure, whether it is matrix cracking, fiber breakage, or delamination,” Professor Myers told Design News. “This would be useful for military applications as various composite systems are being utilized for only a specified period of time and disposed without performance testing.”

The smart structures would be manufactured using the layered composite as one unit rather than as a retrofitted part. The composite material is lightweight and requires no power. As a bonus, it’s also able to operate in harsh environments.

Monitoring the health of structures with real-time sensors isn’t new to the military, but current systems require the sensors to be retrofitted after manufacturing, which presents practical limitations. While the military is the first in line for the smart skin, there could ultimately be applications for consumer vehicles, as well. It’s a way to move away from the current process of “destructive evaluation” to attain a state of non-destructive real-time structural health monitoring of aircraft. Think of it like a human patient wearing a heart and brain monitor.

The research team developing the skin is currently conducting coupon (smaller sample) mechanical loading (tension, compression, bending, twisting) testing on the structures they’ve built.  They’re then able to read the magnetic signature from the magnetostrictive material that indicates an area of concern. In the future, similar materials may be able to not only sense damage but take some steps to heal itself in a similar manner to an organic body.

“The magnetostrictive material has actuation (shape changing) and energy harvesting capabilities when excited by a magnetic field or high vibration environment,” Professor Myers told Design News. “However, much research and variational approaches would be required for that transition.”

Continued research into the viability of the technology would be necessary to bring the costs to more affordable levels (the magnetorestrictive material currently costs about $20 per gram). Going forward, the research team plans to conduct lifetime fatigue analyses of the structures, continue to develop real-time structural health monitoring capabilities and implement the skin on larger scale systems.