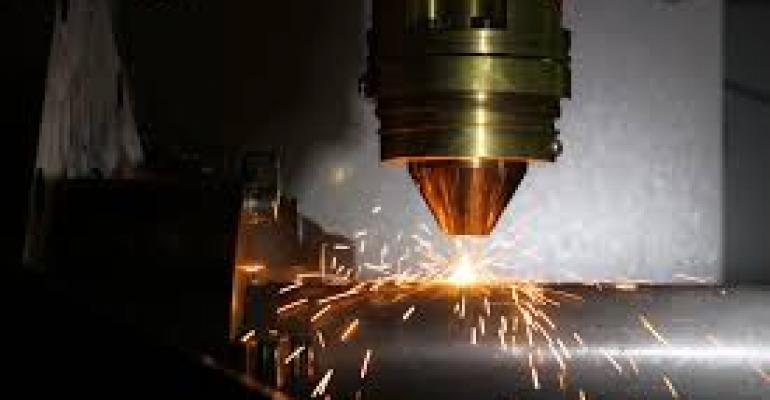 The 3D printing processes of laser metal deposition (LMD) and directed energy deposition (DED) are revolutionizing how the aerospace industry designs and builds high-value components across the manufacturing spectrum from prototyping to production.

3D printing company, Formalloy, is producing parts using a laser-based process because of its ability to create new advantageous shapes. “Our technology is known as LMD. That’s a method where you blow power and heat it with a laser. You build the part layer by layer,” Melanie Lang, managing director at Formalloy, told Design News. “The first advantage of this process is the ability to achieve design features such as internal cooling chambers or multi-material components with two different metals in the same part. Those types of parts can’t be created by traditional manufacturing methods.”

The LMD process also reduces waste when using high-priced materials. “In a part that is entirely titanium, the LMD process offers the advantage of efficiency,” said Lang. “We’re much more efficient with the material itself using LMD. Also, there’s a lead-time advantage, since you don’t have to go through a tooling process to get the geometry you need.”

Lang will present the session, Metal Additive Manufacturing for Aerospace Applications, at the Pacific Design and Manufacturing show in Anaheim on Feb. 5. The session will cover:

There are many parts in aerospace that are now being produced through the LMD process. “LMD parts that were seeing in aerospace include sample rocket nozzle components,” said Lang. “Other examples include a heat exchange component that’s part of a rocket nozzle. The additive manufacturing geometry includes inlets in the wall that are for cooling.”

Many of the parts that are produced in aerospace cannot be produced by any method other than LMD. “Lattice structure are used to reduce material and weight. It would be hard to make these with any other technology,” said Lang. “You reduce weight but still get strength. Using LMD, you can create space in the component for quick cooling.”