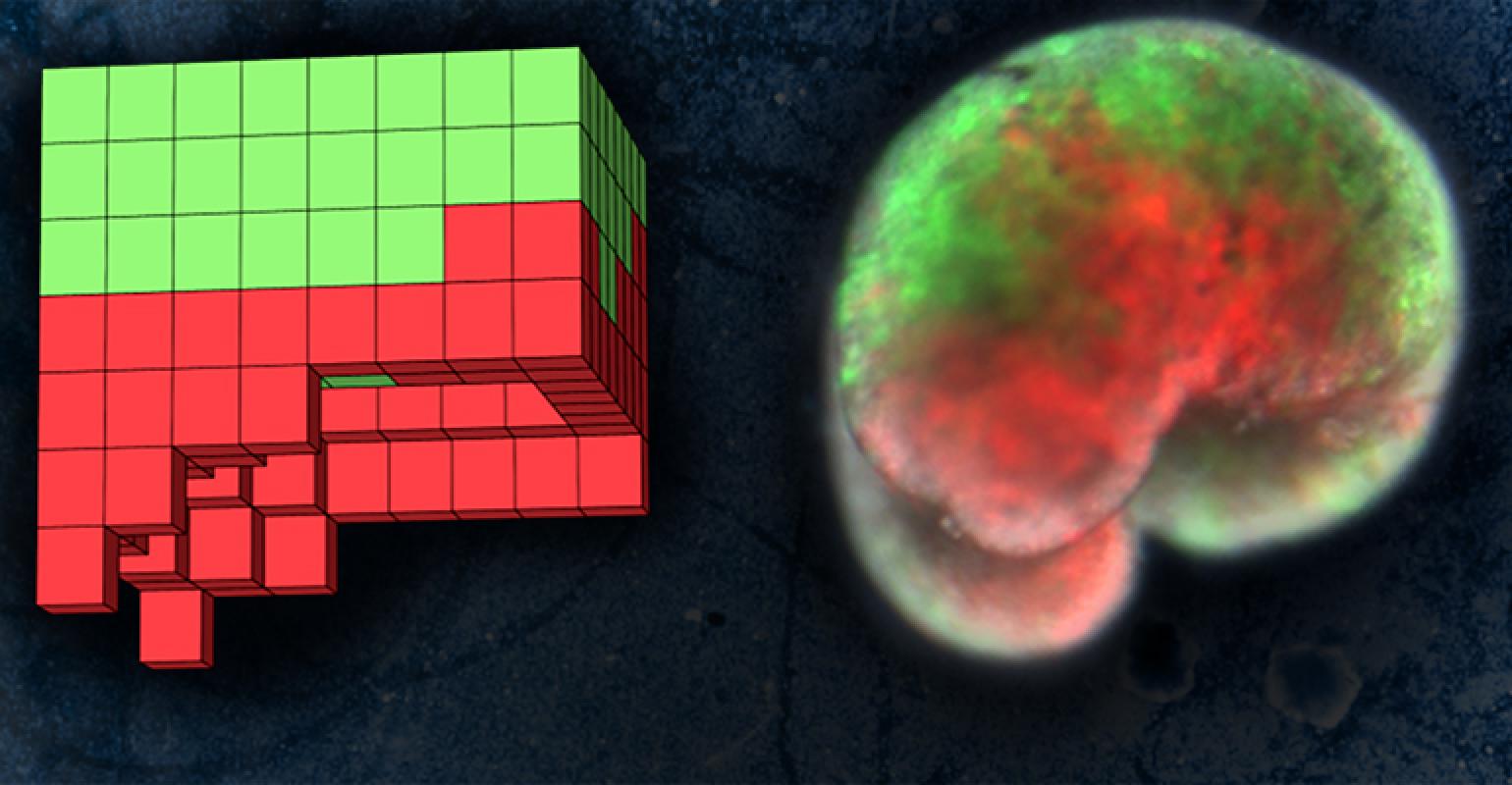 A team of scientists have used cells from frog embryos to create an entirely new hybrid of robot and biological entity.

While modern robots are so advanced that they appear to take on human qualities, they so far have not been actual living beings. That has changed with a major breakthrough by a group of scientists from three universities, who have repurposed biological cells to create so-called “living” robots that are an entirely new hybrid of machine and organism.

Scientists from the University of Vermont, Harvard University, and Tufts University scraped living cells from frog embryos to create the tiny “xenobots,” which are a millimeter wide. The bots can be controlled to make purposeful movements, such as transporting medicine to be carried to a specific place in a patient, and even can heal themselves after being damaged.

"These are novel living machines," said Joshua Bongard, a computer scientist and robotics expert at the University of Vermont who co-led the new research. "They're neither a traditional robot nor a known species of animal. It's a new class of artifact: a living, programmable organism."

The research marks the first time that biological machines have been designed completely from the ground up rather than researchers merely manipulating biological organisms for scientific purposes, the team wrote in a paper on their work published in the journal Proceedings of the National Academy of Sciences.

The team used an algorithm to create thousands of candidate designs for the new life-forms. The process was computationally intensive, researchers reported. For instance, to achieve a task the researchers assigned a design—such as moving in one direction--the computer would, over and over, reassemble a few hundred simulated cells into many different forms and body shapes.

The programs ran these designs based on basic rules about the biophysics of what single frog skin and cardiac cells can do, researchers said. The team would keep the simulated organisms that met their design goals, discarding the ones that failed.

After a hundred independent runs of the algorithm, researchers then selected the most promising designs to test in a biological setting. This is where the Tufts team—led by Michael Levin, an associate faculty member at Harvard’s Wyss Institute—took over the research to turn the designs into biological entities.

To do this, researchers gathered stem cells, harvested from the embryos of African frogs, the species Xenopus laevis—which eventually gave the bots their name. They separated these into single cells that were left to incubate and then cut and joined the cells under a microscope—using tiny forceps and even smaller electrode—to take unique forms as close as possible to the designs specified by the computer.

Once the cells took shape, they began to work together and formed organisms that could move on their own. Soon, researchers found, these new xenobots began exploring the watery environment in which they were born.

Researchers observed the movements of the bots so they could use their natural behaviors to perform specific tasks. For example, some of the living robots were built with a hole through the center to reduce drag. In simulated versions of these, the scientists were able to repurpose this hole as a pouch to successfully carry an object, Bongard said.  "It's a step toward using computer-designed organisms for intelligent drug delivery," he, citing one of the number of applications for which researchers believe the bots are well-suited.

Researchers also discovered that the xenobots are self-healing by slicing one of them in half. “It stitches itself back up and keeps going," Bongard said. "And this is something you can't do with typical machines."

Other applications researchers are eyeing for the bots include “searching out nasty compounds or radioactive contamination, gathering microplastic in the oceans, [or] traveling in arteries to scrape out plaque,” Levin said.

The scientists acknowledged that their work may be controversial, as it marries human and machine in a new way and involves the manipulation of biological entities that could raise some of the same questions that a technique like cloning did when it made mainstream news in the 1990s. "When we start to mess around with complex systems that we don't understand, we're going to get unintended consequences,” Levin said. “This study is a direct contribution to getting a handle on what people are afraid of.”

However, he defended the work as an example of the new ways of scientific thinking that are required if humanity is going to survive into the future. "I think it's an absolute necessity for society going forward to get a better handle on systems where the outcome is very complex,” Levin said. “A first step towards doing that is to explore: How do living systems decide what an overall behavior should be and how do we manipulate the pieces to get the behaviors we want?”