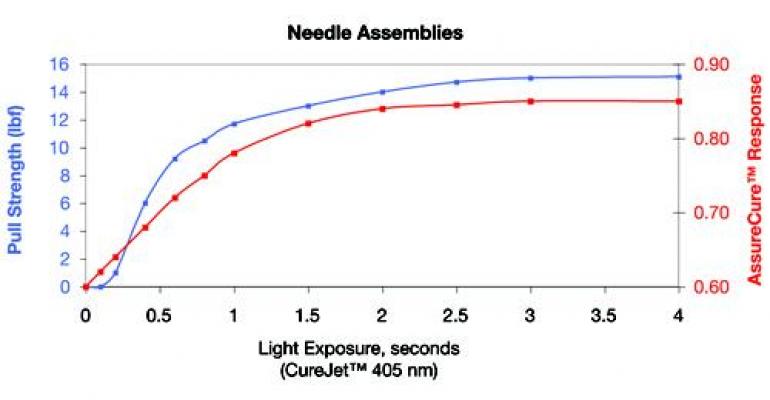 Light Cure adhesives have become the assembly method of choice in high volume, automated manufacturing lines. They cure in seconds on exposure to UV or visible light wavelengths in the 200nm to 500nm range, offer infinite open times, and allow manufacturers to reposition parts as necessary before cure begins.

These adhesives adhere to many substrates including glass, metals, and a wide range of plastics. Light cure adhesives process rapidly, cure on demand, dispense easily without mixing, and fill gaps larger than 0.5 inches. Adhesives are available with temperature resistance up to 350 degrees F and offer very good resistance to polar and non-polar solvents. 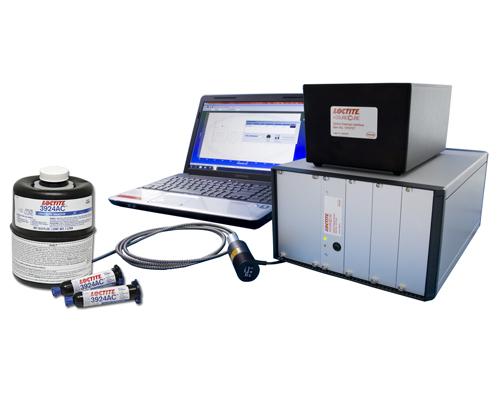 To date, the greatest challenge for manufacturers using light cure adhesives has been easily verifying the adhesive's degree of cure. Even the most conscientious manufacturer can experience incomplete cure processes if:

While the adhesive may appear solidified and the assembly may seem strong, without extensive offline testing that involves either physical destruction of an assembly or time-consuming analytical quality testing, manufacturers have had no way to easily and conclusively confirm the degree of cure online.

Physical or destructive testing processes will confirm cure, but just for that tested assembly. As the procedure cannot be integrated inline, detection is not immediate, and a time lag occurs between assembly of the defective part and detection of the problem. During this time, manufacturing continues, generating an inventory of defective parts. This same scenario holds true for analytical testing processes that must also be completed offline.

Manufacturers have employed two other techniques in an effort to confirm the quality of bonded assemblies. Fluorescent adhesives confirm that adhesive is present in the required areas of the bondline, but give no indication that the curing process has occurred. Color-changing adhesives prove that the adhesive has been exposed to light, but do not confirm conclusively that the curing process has initiated and progressed to completion.