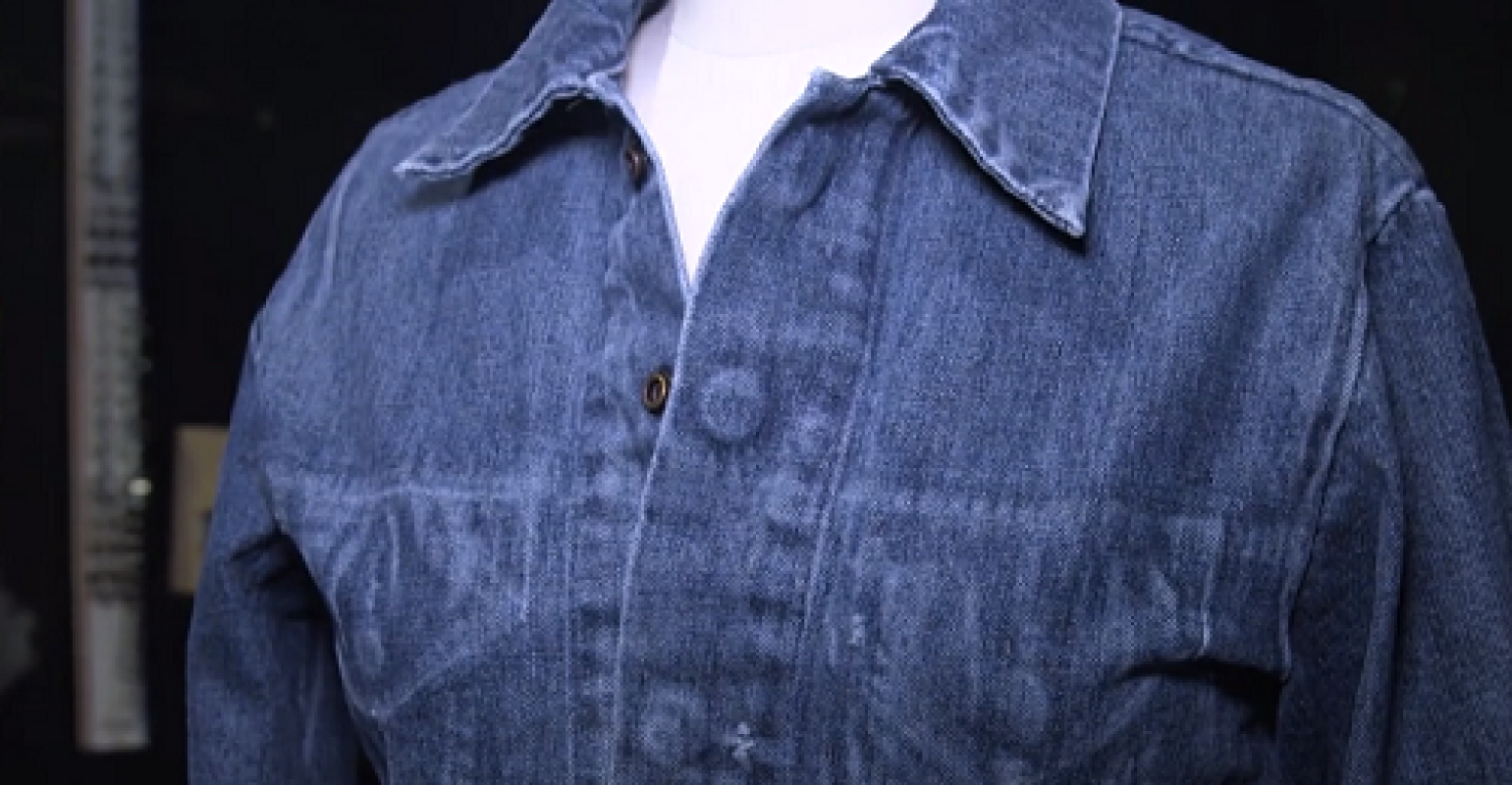 Levi Strauss & Co. has become one of the first off-the-shelf clothing companies to explore the use of 3D printing to fabricate its products, though its explorations are in the very early stages.

If researchers are successfully beginning to 3D print human skin, it seems quite natural that the clothes that cover it will also be fabricated this way in the very near future. To that end, clothing brand and global manufacturer Levi Strauss & Co. has become one of the first off-the-shelf clothing companies to explore the use of 3D printing to fabricate its products, though its explorations are in the very early stages.

The company unveiled in a blog post recently that it’s been experimenting with 3D printing to creating digital renderings of its classic denim Levi’s brand “Trucker” jacket that essentially create a shell of what the actual jacket will look like.

Levi’s Head of Global Product Innovation Paul Dillinger joined with publication Fast Company at the Autodesk Pier 9 Workshop in San Francisco to create the renderings and demonstrate Levi’s experimentation with 3D digital manufacturing. The project captured everything about the jacket in a topography scan using 3D-printing software to show how the company can design products in new ways.

Dillinger is leading the project to advanced the brand’s early experimentation to “capture the real essence of a pair of Levi’s and convert it into digital collateral,” he said, according to the post. The company aims to use 3D printing to cut back on both material and manufacturing costs.

Levi Strauss declined to comment further to Design News about its current or future plans to incorporate 3D printing into its manufacturing process.

Levi Strauss isn’t the first clothing designer to use 3D printing to fabricate clothing, but so far most have been specialized designs from independent designers, or one-off clothing lines printed especially for fashion shows.

3D-printed clothing hit the Paris runway back in 2013 with Stratysy and Materialise printing clothing featured in Iris van Herpen's haute couture show "Voltage." Two years ago Israeli fashion student Danit Peleg also won notoriety for designing an entire line of 3D-printed clothing from her living room for a college project and then giving a TED talk on her work, which went viral.

Even more recently, fashion design trio threeASFOUR debuted a collection of 3D-printed clothes at New York City’s fashion week this past spring. Later, a published report in Wired revealed that the clothing was extremely fragile and noted in the article—aptly headlined “The Shattering Truth About 3D-Printed Clothing”--that it will likely be a long time before 3D-printed clothes are truly ready for mass production and distribution.

Indeed, so far no major designers have turned out 3D-printed clothing lines of any significance. And even with plans like those from Levi Strauss, it’s not likely this will happen in the near future, the denim company acquiesced.

“It’s important to emphasize that 3D printing won’t create an entirely functional bjacket--all of the fine details seen on the ‘printed’ denim are actually only impressions,” according to the blog post. “But, this semi-duplicate product still proves meaningful for Levi’s.”

Indeed, Dillinger told Fast Company that the experimentation doesn’t mean the company will soon be selling 3D-printed jackets, but only that it shows Levi’s brand designers are beginning to think more contemporary and cost-efficient ways to design the company’s clothing.

Elizabeth Montalbano is a freelance writer who has written about technology and culture for more than 15 years. She has lived and worked as a professional journalist in Phoenix, San Francisco and New York City. She currently resides in a village on the southwest coast of Portugal.