Ingestible Capsule for Use in Medical Applications 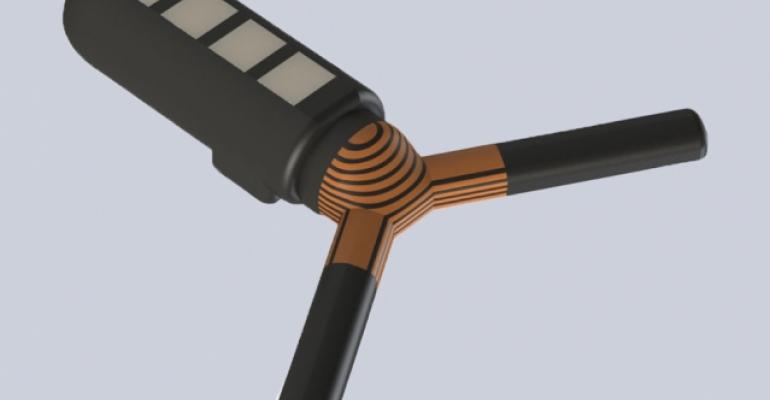 An ingestible sensor can be used to deliver medications inside the human body and communicate relevant information to doctors and patients using Bluetooth technology.

Researchers have been working for some time to develop ingestible devices that perform certain medical functions within the body and then dissolve harmlessly. Now a cross-institutional group of researchers has designed an ingestible capsule that can be controlled using Bluetooth to deliver medications, sense environmental conditions or both.

The device—invented by scientists at MIT, Draper, and Brigham and Women’s Hospital, can stay in a person’s stomach for at least a month, transmitting information and responding to instructions from a smartphone. The invention was described in an MIT news release.

“Our system could provide closed-loop monitoring and treatment, whereby a signal can help guide the delivery of a drug or tuning the dose of a drug,” said Giovanni Traverso, a visiting scientist in MIT’s Department of Mechanical Engineering, who worked on the research. He will join the MIT faculty in 2019.

A Variety of Applications

Specifically, physicians could use the capsules to deliver drugs to treat various diseases, particularly in instances when the drugs must be time-released to work over a period of time. They also can be used to detect infections, allergic reactions, or other ailments in the body and then release medication in response, researchers said.

Because of their use of Bluetooth technology, the devices also could be used to communicate with other wearable and implantable medical devices to send information to a doctor or patient’s smartphone, providing data on a range of conditions within the body, said Robert Langer, a professor and a member of MIT’s Koch Institute for Integrative Cancer Research.

“We are excited about this demonstration of 3D printing and of how ingestible technologies can help people through novel devices that facilitate mobile health applications,” he said in the MIT news release.

How it is Made

Researchers fabricated the capsules using multimaterials 3D printing, which is what allowed them to integrate its various elements, researchers said. It also enabled them to build the capsule from alternating layers of stiff and flexible polymers, which is why it can withstand the acidic environment of the stomach.

“Multimaterials 3-D printing is a highly versatile manufacturing technology that can create unique multicomponent architectures and functional devices, which cannot be fabricated with conventional manufacturing techniques,” said Yong Lin Kong, a former MIT postdoc who worked on the research. “We can potentially create customized ingestible electronics where the gastric residence period can be tailored based on a specific medical application, which could lead to a personalized diagnostic and treatment that is widely accessible.”

This is true because of the unique design of the capsule, which unfolds into a Y shape after being swallowed, he said. One of these arms includes four small compartments that can be loaded with a variety of drugs that can be packaged within polymers to allow for gradual release. Kong—now a professor at the University of Utah--also is lead author on a paper written about the technology in Advanced Materials Technologies.

Currently a small silver-oxide battery powers the device, but researchers plan to continue their work to replace this power source, they said. Two possibilities are to use alternative energy sources such as an external antenna or even a person’s stomach acid.

The team also is working on developing other kinds of sensors that could be incorporated into the capsules, as well as advance the design so it can be tested on humans in about two years. Researchers also have launched a company working on developing the technology for human use, they said.