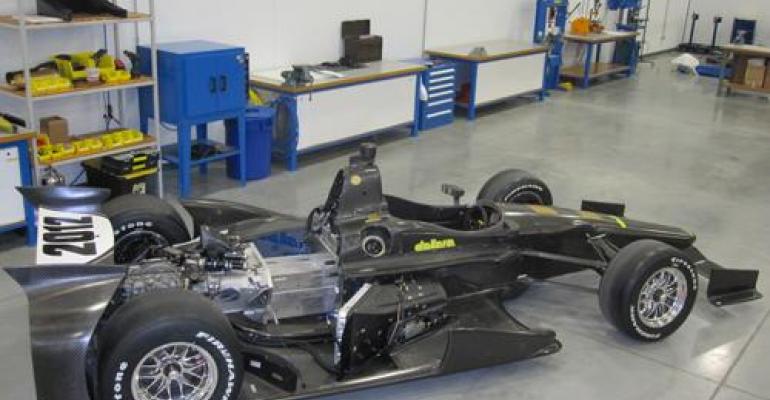 The chassis of an IndyCar is designed to be lightweight for speed, but being made of composite materials, it is strong -- a top priority for driver protection. All racing teams in the IZOD IndyCar series run a spec chassis built by Dallara, which can be powered by a Chevrolet, Honda, or Lotus engine.

Chassis structural features include honeycomb and energy-absorbing material to cushion impacts, and the chassis design must meet impact tests without sustaining damage. The design is always being refined -- for instance, in 2008, steering wheel-mounted paddle shifters were introduced, removing a gear-shift lever from the cockpit, which could have injured a driver in a crash.

Because of the accident last season that killed driver Dan Wheldon, several modifications were made to the chassis to improve crash survivability. Most noticeable were the side pod changes to mitigate side contact between cars. 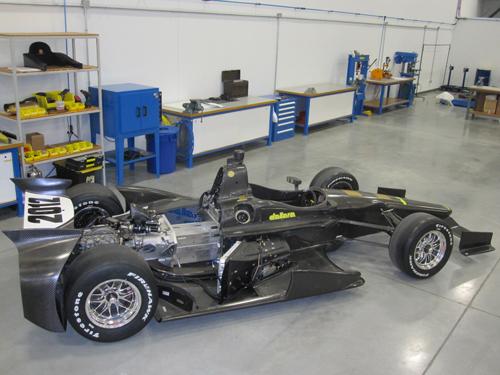 Other structural safety components are described by Andrea Toso, Dallara's head of R&D and US racing programs: "For a frontal crash, there is a 'nosebox' that has to pass a stringent, double impact homologation test against a solid wall, and there is a similar structure, the rear attenuator, which does the same in the rear."

IndyCar engines have the transmission at the front of the rear-mounted engine, which allows the design of the rear attenuator behind the engine to be more effective during an impact. For additional side protection this year, Zylon composite panels lining the sides of driver's enclosure and protecting the fuel tank were extended in length and height, increasing penetration protection, Toso said.