High-Entropy Alloy That Toughens, Not Brittles, with Cold Shows Promise

CrMnFeCoNi, composed of chromium, manganese, iron, cobalt, and nickel, is both extremely strong and extremely tough, according to researchers, making it potentially very interesting for cryogenic applications and pipelines.

Traditional metals are often mutually exclusive with these two traits. However, research into so-called high-entropy alloys is suggesting that there may be no need to make the trade-off with some materials. In fact, some alloys seem to become tougher as the temperature drops.

The research was recently published by scientists at Lawrence Berkeley National Laboratory (Berkeley Lab) on an alloy they refer to as CrMnFeCoNi, composed of chromium, manganese, iron, cobalt, and nickel.

Research leader Robert O. Ritchie, Chua Distinguished Professor at the Department of Materials Science & Engineering at Berkeley Lab, told Design News that while the term “high-entropy alloy” has been a buzzword for about 10 years, interest in this new alloy class has really taken off in the last few years. 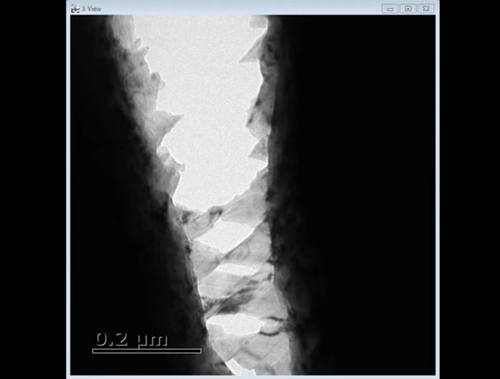 “When you think about materials, there’s usually one dominant element in them,” Ritchie told us. “In steel, it’s iron. In aluminum, it’s nickel. These alloys, though, have no one dominant element. If you put enough elements in the alloy that are sort of nominally the same amount, then you create a large amount of what’s called ‘configurational entropy.’"

“The alloy will then crystallize as a single phase,” Ritchie continued. “There are no precipitates or any other phases in there, which is very interesting. Brian Cantor [of the University of Bradford in England] discovered it, but no one else has really looked at these alloys before. It’s generated quite a lot of excitement.”

The result is a material that features unprecedented damage tolerance, tensile strength above 1 gigapascal, and fracture toughness values that rival nearly all other metallic alloys. Ritchie and his team performed some measurements on the alloy last year, and they are now engaged in a follow-up that “tries to explain why it’s so fantastic,” he told us.

“It’s both extremely strong and extremely tough,” he said. “This material has both. When you go to low temperatures, materials generally get more brittle, but this one gets tougher. This makes it potentially very interesting for cryogenic applications and pipelines, in particular,” he said.

So what’s the science behind the remarkable qualities of the alloy? Ritchie noted that there is a couple of mechanisms at work.

“As specific dislocations are able to move freely, the material displays ductility; this is associated with the low stacking fault energy and the rapid easy motion of partial dislocations in our alloy,” Ritchie said. “However, other dislocations that are not partials (they’re ‘undissociated’) move quite slowly and with difficulty due to the high lattice friction, and this provides strength to the alloy. Second, when you go to lower temps, a different mechanism called ‘twinning’ kicks in. Atoms form mirror images in little bands. This mechanism seems to be able to generate both strength and ductility.”

While the material may exhibit benefits over materials such as ceramics or graphene, lower costs will likely be an attractive benefit. Ritchie noted that there are some drawbacks. For starters, these high-entropy alloys work well at room temperature and at cold temperatures, but they are not as good for applications that go above room temperature. The team, however, will continue to study both CrMnFeCoNi and other high-entropy alloys.

In addition, the researchers are beginning to explore other compositions by taking out some elements and studying, for example, a nickel-cobalt-chrome combination that may result in a medium-entropy alloy that -- upon first investigation -- appears to have better properties for industrial applications because it’s even more to twinning than CrMnFeCoNi.

“These are common materials,” Ritchie said. “There’s no plutonium or anything else rare or expensive. They have a chance for being used in earnest, and they’re more realistic in terms of applications.”