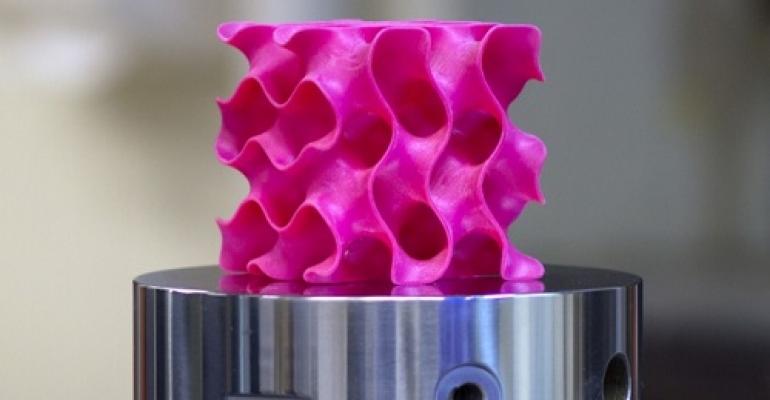 Researchers at MIT have used graphene in 2D form to develop a lightweight 3D material that’s 10 times stronger than steel.

Researchers at MIT have used graphene to develop a lightweight material that’s 10 times stronger than steel that could potentially be used to manufacture vehicles and devices, as well as in building construction.

A team of researchers in MIT’s Department of Civil and Environmental Engineering (CEE) designed the 3D material—one of the most lightweight and strongest ever developed—by compressing and fusing flakes of graphene, a two-dimensional form of carbon. The result is a sponge-like configuration with a density of just 5 percent that is incredibly strong, they said.

Graphene, in 2D form, is believed to be one of the strongest of known materials, but its strength in the 2D world has been difficult to translate in a 3D material until now, said Gang Seob Jung, a graduate student in MIT’s Department of Civil and Environmental Engineering. 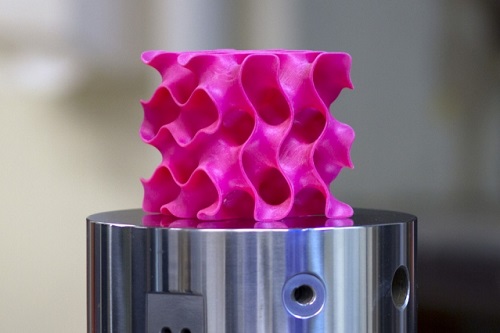 Researchers at MIT have used graphene in 2D form to develop a lightweight 3D material that’s 10 times stronger than steel.

“Graphene has exceptional strength, but because of its extraordinary thinness, it is not very useful for making 3D bulk materials that could be used in vehicles, buildings, or devices,” Jung told Design News. “What we’ve done is to realize the wish of translating graphene into three-dimensional structures.”

The team’s finding shows that the geometrical configuration of the new 3D forms is the dominant factor in their characteristics and the success in using graphene to design them, he said. This means the geometric design also has the potential to transfer to other materials, which is a key benefit of the work, Jung said.

The team published a report on its research in the journal Science Advances.

Researchers developed the material by compressing small flakes of graphene using a combination of heat and pressure. This process produced a strong, stable structure with shapes that resembled some corals and microscopic creatures called diatoms, they said.

“Once we created these 3D structures, we wanted to see what’s the limit--what’s the strongest possible material we can produce,” said Zhao Qin, an MIT research scientist in the CEE. To do that, they created a variety of 3D models and tested them in computational simulations. They performed compression tests in a tensile loading machine, and found that one of the samples had 5 percent the density of steel, but 10 times the strength, he said.

“The structures we introduced in the study can reduce the density of typical materials without significant loss of their mechanical properties,” Jin said. “Most materials can adopt the structure for better performance. However, because it may be too complicated with conventional manufacturing methods, materials that can be utilized with 3D printer are all possible candidates for applications.”

The material developed by the team has applications in architecture, infrastructure, and construction, and “in general may eventually help to reduce the usage of the conventional materials, such as steel, and hence effectively reduce the building weight and labor cost,” Qin said. “The high strength and high chemical resistance of such carbon materials can also help to make architecture and infrastructure more resilient,” he added.

Researchers plan to continue their work by applying their method to develop other materials, as well as perform other experiments and studies to improve the material’s characteristics and performance, Jung said.

“Since our finding shows that the geometrical effect is significant, we may tackle more details of designs with polymers or other materials with 3D printing,” he said. “We may introduce heterogeneities or hierarchical structures inspired by biomaterials to tune finely for better mechanical performance.”