Home>Materials
Recent
Materials
Can Ultra-Sensitive Strain Sensors Be Made to Serve Advanced Robotics?
May 07, 2021
Friday Funny: Catch These Weird Aircraft Swarming the Sky
May 07, 2021
7 Tips for Honing Your Embedded System Skills
May 07, 2021
9 Amazing Stories of Robot Shine and Facilities Control in Supplier News
May 07, 2021
Fido’s Hip Implant Could Be Next-Gen Prosthetic for Humans
May 06, 2021
The Importance of Speed in Medical Device Manufacturing
May 06, 2021
Engineering Solutions by Design News Talks 2 Main Challenges of Engineering the Jeep Grand Wagoneer
May 06, 2021
Save the Date for the Battery Show & EV Tech Europe Digital Days
May 06, 2021

Flexible Supercapitors Can Charge Devices and EVs in Seconds 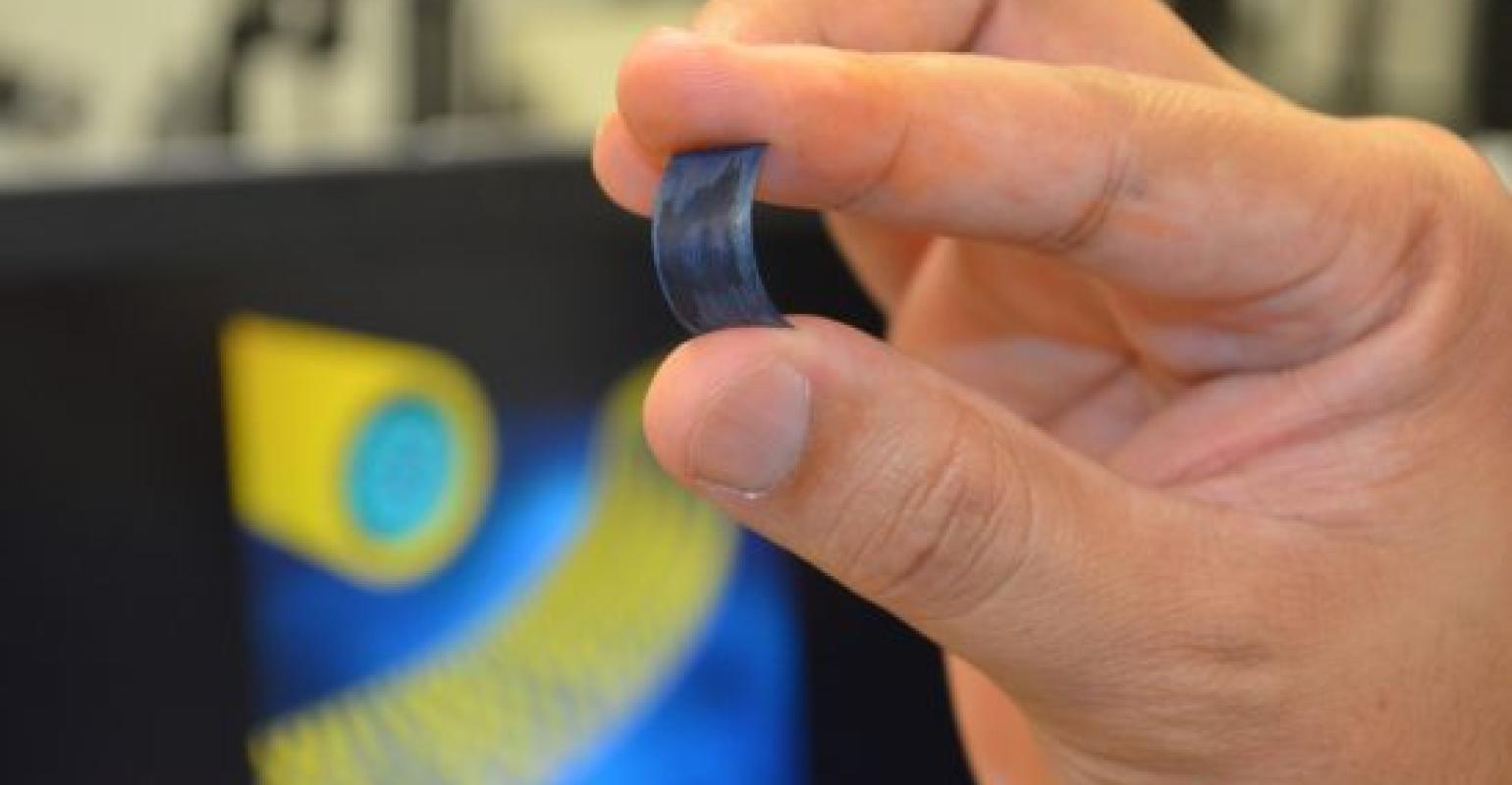 A team of scientists at the University of Central Florida has developed a flexible supercapacitor that can store more energy than typical batteries and be charged more than 30,0000 times without losing its energy-storage properties. The development paves the way for devices and electric vehicles that can charge rapidly, even within seconds.

Allowing mobile devices to charge within minutes remains a Holy Grail of sorts for energy storage researchers. Now a team of scientists at the University of Central Florida (UCF) is that much closer to achieving this milestone with the development of flexible supercapacitors that can store more energy than typical batteries and be charged tens of thousands of times without degrading.

In tests, the supercapacitor was charged more than 30,0000 times without losing its energy-storage properties, which would solve the problem of normal degradation that causes lithium-ion batteries to hold a charge for less time after about 18 months. Additionally, supercapacitors can recharge more quickly than typical batteries.

“If they were to replace the batteries with these supercapacitors, you could charge your mobile phone in a few seconds and you wouldn’t need to charge it again for over a week,” said Nitin Choudhary, a postdoctoral associate who conducted the bulk of the research. He and the team published a paper on their work in the journal ACS Nano.

Key to the technology developed by Choudhary and his colleagues are nanomaterials they used to reduce the size of the supercapacitor, which generally would have to be far larger than a typical lithium-ion battery to hold a similar amount of energy.

Specifically, the team experimented with applying newly-discovered, two-dimensional materials only a few atoms thick to supercapacitors, developing a simple chemical synthesis approach to integrate existing materials with these new ones, they said.

The result is a supercapacitor with a highly conductive core that consist of millions of nanometer-thick wires coated with shells of two-dimensional materials. The core allows for fast electron transfer for speedy charging and discharging, while uniformly coated shells of two-dimensional materials yield high energy and power densities, researchers said.

The work is the first demonstration of the potential that two-dimensional materials hold for energy storage applications.“For small electronic devices, our materials are surpassing the conventional ones worldwide in terms of energy density, power density and cyclic stability,” Choudhary said.

Yeonwoong “Eric” Jung, an assistant professor in UFC's NanoScience Technology Center and the Materials Science and Engineering Department, was the principal investigator on the research and now is working with UCF’s Office of Technology Transfer to patent the new process the team developed. While the work is more a proof of concept than something that’s ready for commercialization, he said, it does hold great promise in the future for applications such as mobile devices and EVs, among others.

Can Ultra-Sensitive Strain Sensors Be Made to Serve Advanced Robotics?
May 07, 2021

Can You Really Detect Covid-19 in 5 Minutes with Breakthrough Paper Sensors?
May 05, 2021

Smart Wireless Devices Turn to Green Materials for Energy
May 04, 2021