HomeMaterialsThe Failure of 'New Coke' Is a Helpful Lesson for Engineers
Recent
Materials
The Internet's Grooviest Slideshow of Legendary International Scouts
May 17, 2022
Electronics Industry Bolsters Root of Trust Security Efforts
May 17, 2022
3 Tips for Embedded Software Configuration Management
May 17, 2022
Novel 3D Printing Method Used to Replenish Coral Reefs
May 16, 2022
POLL
Volkswagen’s Electric Successor to the International Scout 4x4
May 16, 2022
The Music Is Over For Apple's iPod
May 16, 2022
Q&A With IndyCar Gearbox Expert Anna Chatten
May 13, 2022
Intel Unveils Trust Authority to Boost Security
May 13, 2022

The Failure of 'New Coke' Is a Helpful Lesson for Engineers 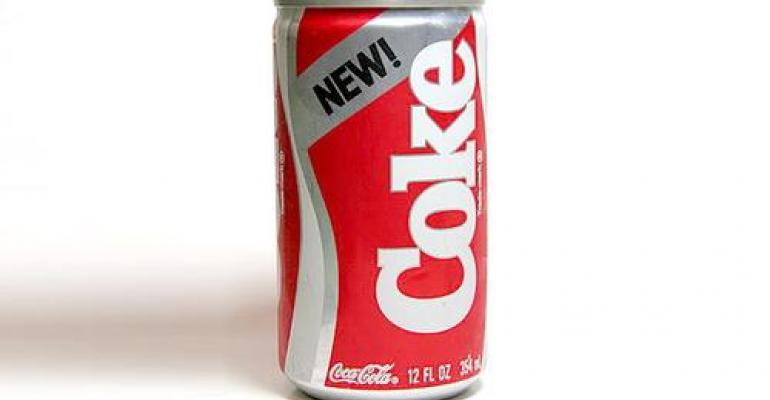 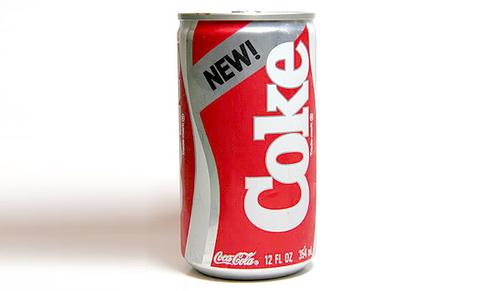 On April 23, 1985, the Coca-Cola Company gathered the world press at Lincoln Center in New York for an important announcement that would spark more backlash than the US government’s support for South Africa’s apartheid regime or its involvement in brutal civil wars in Central America: Coca-Cola was reformulating the company’s signature product. In the words of then-chairman and CEO Roberto Goizueta: “The best has been made even better.”

Ultimately, consumers wouldn't agree with that statement. But, besides being an interesting piece of historical trivia, the story of New Coke also holds important lessons for engineers.

Far from being a rash corporate decision, Coca-Cola’s formula change decision was based on sound research and exhaustive testing. In 1985, Coca-Cola’s share of the soft drink market was dwindling. In the post-World War II years, nearly two-thirds of all soft drink sales had been of Coca-Cola; by the early 1980s, its share was down to less than a quarter.

According to competitor PepsiCo, there was a simple reason for this: People preferred the taste of Pepsi. In the so-called “Pepsi Challenge,” shoppers at malls were provided with two samples of cola in unmarked paper cups, and a clear majority preferred Pepsi over Coke. To their consternation, Coca-Cola researchers found that this was not just a clever marketing ploy. In well-controlled blind taste tests, people really did prefer Pepsi.

Fortunately, Coca-Cola had another weapon in its arsenal: Diet Coke. Released in 1982, the aspartame-sweetened beverage quickly outsold Diet Pepsi, which had been in existence since 1964. What many soda drinkers may not have realized is that Diet Coke wasn’t (and still isn’t) simply Coca-Cola with artificial sweeteners; it was a completely new and different formula. Given consumers’ preference for Diet Coke over Diet Pepsi, would consumers prefer Coke if it tasted more like Diet Coke?

MORE FROM DESIGN NEWS: How to Handle Design Disagreements

This was the genesis of New Coke. According to multiple accounts, the formula was based on Diet Coke, with high-fructose corn syrup in place of aspartame along with a few other changes. After two years and $4 million of research and development (about $8.7 million in 2015 dollars), Coca-Cola finally had a product that could consistently beat Pepsi in blind taste tests.

But if you were alive in 1985, you remember how this story ends. New Coke was a huge flop. By July, the company re-released the old formula under the name “Coca-Cola Classic.” The “new, improved” New Coke quickly faded from the scene, although it continued to be sold in some markets, under the name Coke II, alongside Coca-Cola Classic until the early 2000s.

What Coca-Cola hadn’t counted on was the fact that consumer behavior can’t be predicted from blind taste tests. For many consumers, Coca-Cola had an important psychological value as a symbol of stability, of cherished memories, and even of national identity. While their taste buds may have preferred the new beverage when it was in an unmarked paper cup, they couldn’t stomach it when it was packaged as Coke.

While New Coke was unquestionably a failure in the marketplace, the re-launch of “Coca-Cola Classic” was a tremendous success. By 1986, Coca-Cola, in “Classic” guise, was back on top of the soft drink world, and it has stayed there comfortably for the past three decades while eventually shedding the “Classic” label to become plain old Coke again. The re-introduction of the original formula was so successful that rumors claimed the entire three-month New Coke phenomenon had been an elaborate marketing ploy; however, there is no evidence that this was the case.

So what are the lessons for engineers? The first lesson has to do with product testing. We, as engineers, perform extensive testing of our designs in order to predict how they will perform in the real world. However, tests don’t always fully replicate real-world conditions.

For example, in accelerated fatigue testing, a product might be subjected to greater loads than it would experience in actual service, in order to bring about a failure in a shorter period of time. Sometimes, testing may be performed with prototype components rather than production parts. In some cases, tests omit important variables because we don’t realize they are important.

Similarly, Coca-Cola’s researchers failed to recognize how the conditions of a blind taste test differed from the actual conditions in which people normally consume soft drinks. As engineers, it’s essential to understand the shortcomings of various test methods and to design for the real world, not just a given test.

The second lesson is about human psychology. Objectively, New Coke may have actually been a better product than the original formula; at least, that’s what the data said. However, according customers’ subjective experience, it was worse. As engineers, we try to make sound decisions based on facts and data. However, we can never lose sight of the fact that we are designing products that must ultimately serve human beings. As Star Trek’s Mr. Spock often observed, humans are rarely logical creatures. Good engineers take this fact into account.

The final lesson is about flexibility. Coca-Cola’s executives had made a personal commitment to New Coke, but when the product failed in the marketplace, they reversed direction and returned to the original formula. Their willingness to make a U-turn, rather than stubbornly sticking with a mistaken decision out of foolish pride, may well have saved the company. Similarly, as engineers, we should always be ready to revise our engineering judgments as new facts come to our attention. Doing so isn’t a sign of weakness, indecision, or lack of confidence; it’s a sign of wisdom and humility.

Dave Palmer, P.E., is a licensed professional metallurgical engineer specializing in failure analysis and prevention. He earned his B.S. degree at the Illinois Institute of Technology, and his M.S. degree at the University of Wisconsin-Milwaukee.