Engineers Give Bioplastics Thumbs Up 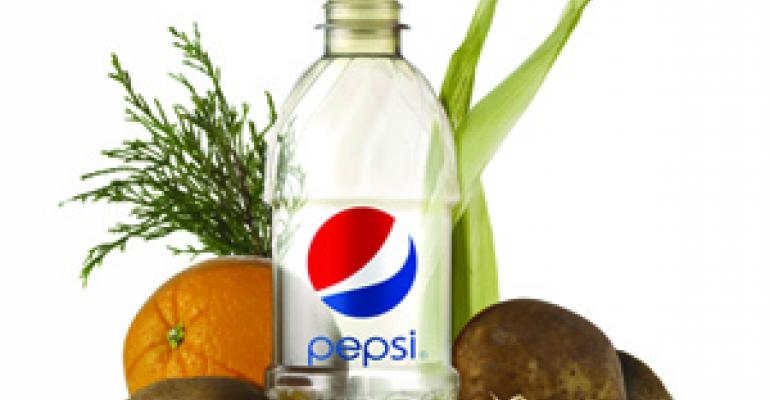 More than six in 10 American design engineers say they will consider use of plastics made from renewable resources in the next five years.

That's a huge shift from current practice: less than 10 percent of design engineers currently use plastics made from plants or algae.

Those data points are just a few of the results from a Design News survey addressing the use of bioplastics, which are increasingly competing directly with plastics made from oil and natural gas, particularly for packaging and disposable products.

Somewhat surprisingly, the biggest attraction of these materials to design engineers is not environmental. It's the desire to reduce American dependence on imported petroleum.

"I think that (bioplastics) is the future," says Charlie Putland, a senior mechanical engineer for a company that designs machine tool enclosures. "Petroleum supplies will eventually be depleted and will continue to climb in price for as long as it is still available. Add to that more stringent environmental regulations (RoHS et al); bioplastics are ever-more important."

The second biggest attraction of bioplastics is an environmental aspect - but not the one typically pitched by producers of the materials.

Four in 10 respondents to the survey said they will use bioplastics because they reduce greenhouse gases. As plants grow, they sequester carbon dioxide, which is later released when the plastics are incinerated or decompose. ?As a result, they are said to have a neutral effect from a climate change perspective.

Oil-based plastics, on the other hand, only release carbon dioxide. Their carbon dioxide sequestration phase took place in primordial times.

For every 100 kg of polypropylene or polyethylene manufactured using "biocarbon" (such as starch or polylactic acid) as opposed to fossil fuel-based carbon, 320 kg of carbon dioxide emissions reduction are achieved in an "intrinsic" analysis, according to Ramani Narayan, a professor of material science and chemical engineering at Michigan State University.

In an intrinsic analysis (spelled out in ASTM D6866), the reduction achieved is equal to the amount of biocarbon content in the bioplastic.

Some design engineers, however, say that it's still not clear what impact bioplastics have on climate change.

"Renewables work only if performance is comparable and the 'cradle-to- grave' environmental impact is less than more conventional materials," says David Hutchison, a manager of mechanical engineering for a manufacturer of camping equipment. "I see too narrow a vision used when assessing the impact of alternate materials like the increased use of non-renewables to produce renewables."

He raises the point that the oil used to grow and harvest crops and then transport them to processing locations may outweigh any benefit derived from the carbon dioxide sequestration when the plant is growing. ?A similar debate has surrounded biofuels such as ethanol.

Narayan and others worked to develop American and global standards that measure the "cradle-to-factory-gate" environmental footprint of bioplastics. That data can now be determined in ASTM D7075.

Some environmental advocates even go farther to demand a "cradle-to-cradle" footprint to determine the total impact of a material from its origins to its end-of-life or re-use. In that view, the best materials are those that can be "upcycled" following their use to a more demanding application. One example could be the use of PET soda bottles in composites for car parts. Design programs that subscribe to the "cradle-to-cradle" approach put a high value on recyclability, not biodegradability.

The third biggest benefit of designs that incorporate bioplastics is not a surprise - it's a good marketing story. That's clear from the plethora of advertisements touting green virtues in the past 12 months. Some examples:


The biodegradability aspect is an area that's declining in importance overall and is of less interest to design engineers, who are generally looking for products with good durability.

Some marketers overplayed the biodegradability card with comments that were sometimes misleading or even outright incorrect. For example, some made claims that their bioplastics would degrade in landfills, but landfills are generally oxygen- and moisture-free to prevent any biodegradation, which could cause toxic chemicals to leak into aquifers.

Many of the newer bioplastics are not biodegradable at all.

DuPont, for example, is one of the leaders in developing engineering polymers that have bioplastic roots. At K 2010 held in Dusseldorf, Germany last year, DuPont's stand displayed 10 products made at least in part from bioplastics.

DuPont worked with Takata-Petri of Aschaffenburg, Germany to develop the industry's first renewably sourced thermoplastic elastomer for use in airbag systems. The material contains a minimum of 35-percent renewable content by weight derived from non-food biomass. The newly developed grade of Hytrel is based on a thermoplastic ether-ester elastomer (TPC-ET) with hard segments of polybutylene terephthalate and soft segments that contain a polyether derived from non-food biomass.

DuPont stands alone among the major chemical companies as a significant investor in multiple bioplastic technologies. Most renewably sourced materials are being developed by start-ups and technology spin-offs.

"DuPont's strategy is to offer polymers that are at least 20 percent renewably sourced and have equal or better performance than the entirely petrochemically based materials they replace," says Marsha A. Craig, DuPont's global business manager for renewably sourced materials.

One in three design engineers surveyed say they plan to use bioplastics because of their superior properties.

"(Bioplastics) will only be a good choice if they perform equally or better than their petroleum-based cousins," says Roger Sharp, a tool engineer. "We shouldn't be using them simply because they claim to be green."

Most bioplastics have inferior mechanical properties compared to oil-based plastics, particularly in thermal resistance. A few, however, have superior, or even unique, property profiles. The engineering properties of renewably sourced plastics vary widely because of the wide range of biological materials they are made from.

One interesting example is a class of polyamides made from castor beans.

Since the "renewable" aspect became a selling point, four other companies announced development of their own castor-derived polyamides: DuPont, Rhodia, BASF and Evonik. BASF had lost rights to the material.

In another example, DuPont says its Sorona plastic has improved surface appearance and lower warpage compared to the PBT-type polyesters it targets.

The extent to which design engineers will make greater use of bioplastics will depend on a variety of factors, led by cost and property deficiencies for the most common grades.

In cases where there are clear choices between petrochemically based plastics and those derived from renewable resources, there generally is a premium for the latter. And sometimes the premium is significant.

One example is a class of bioplastics called polyhydroxoxyalkanoate (PHA). The leading developer is Telles, a joint venture of Archer Daniels Midland and Metabolix. Its product, trade named Mirel, is made from corn sugar via a fermentation process at an Iowa biorefinery. Its price is about 2.5 times higher than ABS, an entry-grade thermoplastic. The pitch is that it has a better carbon footprint than ABS and is biodegradable.

That type of argument isn't flying with many of the design engineers surveyed.

"Bioplastics are great if they're competitive on cost and properties," says one design engineer. "Otherwise they're a waste of money."

Several respondents to the survey also made comments on the potential impact on food supplies if bioplastics are widely used.

"Ethically, I cannot in good conscience recommend the use of plastics made from food crops," says David E. Palmer, a metallurgist in the Powertrain Div. of Bombardier Recreational Products. "I am also skeptical about the purported environmental benefits. It is really very dishonest to pretend that carbon dioxide emissions created in generating the energy needed to convert these crops into plastics is somehow offset by the carbon dioxide absorbed by the crops - wouldn't that acreage be planted anyway? That being said, I would potentially be interested in plastics made from biologically based materials - if they were made from waste materials, for example."

Palmer's comments reflect a growing consensus among the public in general. The first major bioplastics' projects in the U.S. focused on the use of corn. Most new projects target use of plants not used for food or waste.

For example, Ford Motor, a leader in the use of natural materials, is studying use of Indian grass that grows wild in Michigan and elsewhere in the Midwest.

"The big motivation in working on natural fiber is a 30-percent weight reduction compared to glass fiber," says Dr. Deborah Mielewski, the leader of a Ford engineering team studying sustainable materials. "Also, glass fiber takes a lot of energy to produce, and you also get the carbon dioxide reduction because you're sequestering carbon dioxide in the plant when you grow it."

Cereplast is developing polymer compounds made from algae.

Over time, the developers of plastics made from annually renewable resources will solve many of the objections they currently face. They will be made from resources that don't threaten global food supplies. Their properties will improve. They will become more cost competitive as the price of oil rises. Governments will enact more laws that address global warming.

Given those factors, the role of bioplastics likely will remain small.

For example, a study conducted by BCC Research forecasts that bioplastics will grow at a 41 percent annual rate through 2015 to reach 3.2 million metric tons, but they will still only account for about 1 percent of the global plastics market.
0 comments
Hide comments
Related