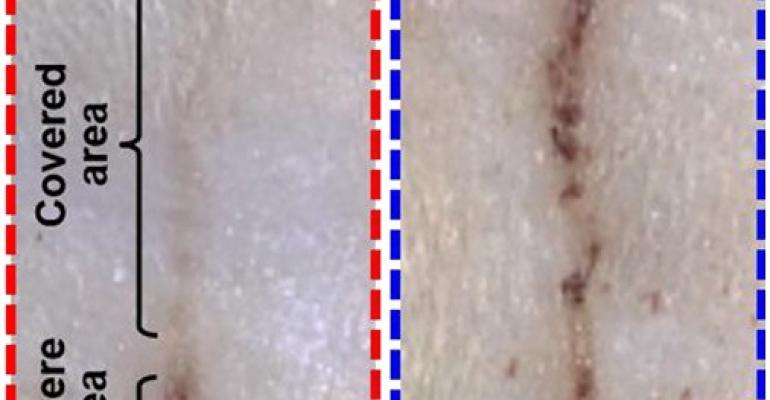 <p><strong>Super Healing Technologies </strong></p><p>While human beings can't heal as fast as Wolverine or Deadpool, there are medical technologies out there that can speed up the process. Engineers at the University of Wisconsin (UW)–Madison have developed a <a href="https://www.designnews.com/materials-assembly/electronic-bandage-can-speed-wound-healing/98502877060096" target="_blank">wound dressing</a> that uses electrical pulses to speed up healing (shown above). For more serious injuries, Wake Forest University’s Institute for Regenerative Medicine has created a <a href="https://www.designnews.com/materials-assembly/bio-printer-can-print-skin-directly-wounds/105352586160487" target="_blank">mobile skin bioprinting system</a> that can print skin directly onto a wound. Combine this with innovations such as work done by Rice University and the University of Maryland to 3D-print materials that <a href="https://www.designnews.com/materials-assembly/3d-printed-tissues-could-help-heal-serious-sports-injuries/52156337060807]" target="_blank">mimic bone and cartilage</a> and you could be in for a quick and effective patch up from some very serious injuries someday.</p><p><em><em>(Image source: UW/Sam Million-Weaver)</em></em></p>
An e-bandage dramatically speeds wound healing using electrical energy harvested from a patient’s body.

Engineers at the University of Wisconsin (UW)–Madison developed a wound dressing, which uses the energy it harvests to send gentle electrical pulses to an injury site, treatment that helps significantly speed healing, they said in a UW news release.

Indeed, in tests on rodents, the so-called “e-bandage” reduced healing of wounds to three days instead of the usual two weeks it takes for them to completely heal, said Xudong Wang, a professor of materials science and engineering at UW–Madison who led the research.

“We were surprised to see such a fast recovery rate,” he said in the news release. “We suspected that the devices would produce some effect, but the magnitude was much more than we expected.”

That electricity is beneficial to healing the damaged skin was not a surprise to the team; it’s something researchers have known for several decades. However, until now it’s been a far more complicated process to use this method to heal serious wounds, as most electrotherapy units in use today require bulky electrical equipment and complicated wiring, said Angela Gibson, professor of surgery at UW–Madison and a burn surgeon and director of wound-healing services at UW Health.

“Acute and chronic wounds represent a substantial burden in healthcare worldwide,” she said. “The use of electrical stimulation in wound healing is uncommon.”

The new dressing, however, is a much more straightforward and more convenient way to treat wounds with electricity, Wang said. The e-bandage is comprised of small electrodes linked to a band holding energy-harvesters called nanogenerators; these are looped around a patient’s torso. In this way, the device harvests energy by the natural expansion and contraction of the person’s ribcage during breathing, allowing the nanogenerators to deliver low-intensity electric pulses.

“The nature of these electrical pulses is similar to the way the body generates an internal electric field,” Wang said. Further, the pulses are not as intense as some that might be found in traditional electrotherapy, which can sometimes harm healthy tissue around a wound, he said.

The team plans to continue its work to explore precisely how the gentle pulses aid in healing, as well as to test the devices on pig skin—which is much more similar to human tissue than the skin of rodents, researchers said.

They also are developing additional capabilities for the nanogenerators to allow for energy harvesting from other sources, such as tiny twitches in the skin or even the human heartbeat.

Researchers believe if their work is successful and the e-bandage is compatible and effective on human patients, it could help solve a major challenge for modern medicine, Wang said.

“We think our nanogenerator could be the most effective electrical stimulation approach for many therapeutic purposes,” he said. Moreover, it shouldn’t cost “much more than a regular bandage” because it’s simple to fabricate and made from common materials, Wang added.