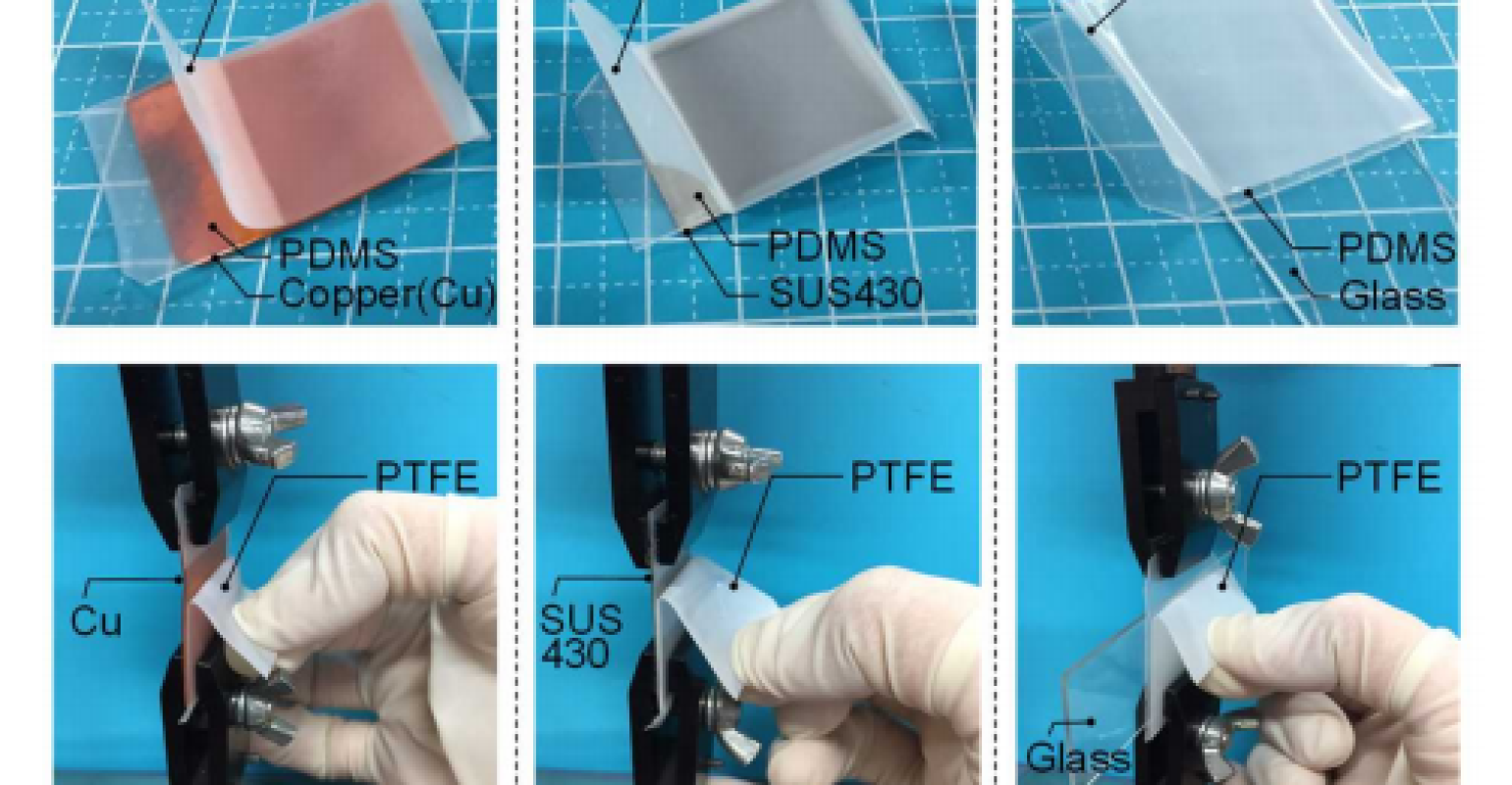 Researchers in Japan have developed a clean way to make plastics adhere to each other and other materials.

Polymers used in adhesives have one major problem—they don’t actually adhere well, so usually require chemical treatments to perform the task. This is not ideal for applications in the food, medicine, and other industries where contamination is a serious problem.

Researchers in Japan have now found a clean way to turn industrial polymers into adhesives by developing natural plasma treatments that allow vulcanized rubber and the plastic PTFE (polytetrafluoroethylene) to adhere to one another, or to other materials.

The team from Osaka University already had developed a way to allow PTFE to adhere to unvulcanized rubber by spraying it with a plasma of helium at 200 degrees, said Yuji Ohkubo, a researcher in the graduate school of engineering who worked on the project.

Vulcanized rubber, however, presented a greater challenge, one researchers recently overcame, he said. “In our latest study, we customized a new plasma treatment for vulcanized silicone rubber, making it adhere strongly to PTFE for the first time,” Ohkubo said in a news release from the university. Researchers described the method, which activates the polymers’ surface chemistry, in a study in the journal Scientific Reports.

The silicone rubber used was PDMS (polydimethylsiloxane), a well-known resin. Their earlier successful adhesion result used heat-assisted plasma treatment for PTFE; in the new research, the team achieved results by bombarding the surface with a plasma jet by forcing nitrogen/air plasma through a small hole, Ohkubo said.

The jet breaks the silicon–carbon bonds on the surface and converts them to silanol, he said. Because they are more reactive than the original silicone surface, these silanol groups can bond with PTFE, researchers said.

Under high pressure, hydrogen bonds form between silanol and the oxygen-containing functional groups on the treated PTFE. Strong covalent bonds further link the two polymers together, even with no adhesive.

The adhesion isn’t the only benefit of the work; in that union, the materials also can reap the benefits of the other—the chemical resistance, dirt-repellent and slide-ability of PTFE, and the elasticity of silicone, according to researchers. They also can replace opaque PTFE with PFA (perfluoroalkoxy alkane) if an application requires material transparency, they said.

Further, researchers found that when they plasma-jet the reverse side of the PDMS, it can bond to other materials, such as copper and even glass. This three-layer sandwich can act like an exceptionally strong double-sided tape, allowing the fluoropolymers to adhere cleanly to other useful materials, said Katsuyoshi Endo, another researcher on the project.

“PDMS is widely used in medicine, for example in microfluidic chips,” he explained. “There could be huge benefits in making both PTFE and PDMS more versatile for medical and food technologies through adhesive-free adhesion.”

The team hopes the method they devised not only can benefit these industries, but also “broaden the horizons for polymers in high technology,” Endo added.