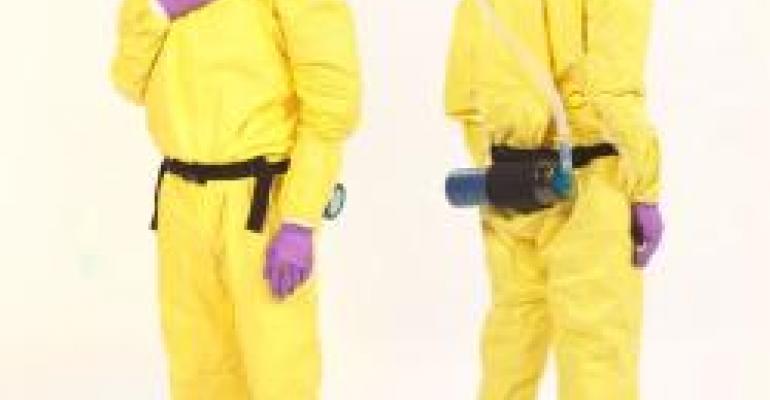 One expects to see outlandish apparel at major global fashion events, but New York Fashion Week may have outdone itself, and set a new bar for Paris and Milan, when it put an Ebola jumpsuit in the spotlight.

The protective suit was unveiled by wedding dress designer Jill Andrews, who is part of a team of engineers, doctors, infection control specialists, and medical device designers working under the auspices of Johns Hopkins University to devise a better protective suit. And we need one. 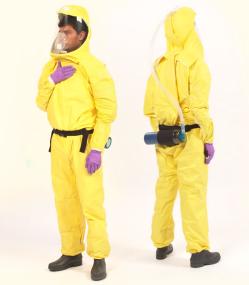 During the height of the Ebola crisis, it became clear that current personal protective equipment left a lot to be desired: it is uncomfortable, trapping heat inside; the visor can fog up; and its poor overall design actually contributes to contaminating the people it is supposed to protect. The US Agency for International Development, which led the US response to the Ebola outbreak, launched a challenge in October 2014 inviting innovators from around the world to develop technologies that would help healthcare workers provide better care and contain the deadly virus. The jumpsuit designed by the team from Johns Hopkins was chosen as one of three winners in the innovation challenge. The others are an antiseptic that provides up to six hours of pathogen protection and a spray-on microbial barrier that enables more breathable protective materials.

Innovations in the protective apparel designed by the Johns Hopkins team include a small cooling device that blows air into the hood; a large visor, instead of goggles, that make it easier for the healthcare worker to see (and be seen); and a more user-friendly garment removal system. Pull tabs allow the wearer to peel off the suit, replacing a 20-step process with five to six steps. Not only does this eliminate multiple contamination opportunities, but disrobing takes seconds rather than several minutes.