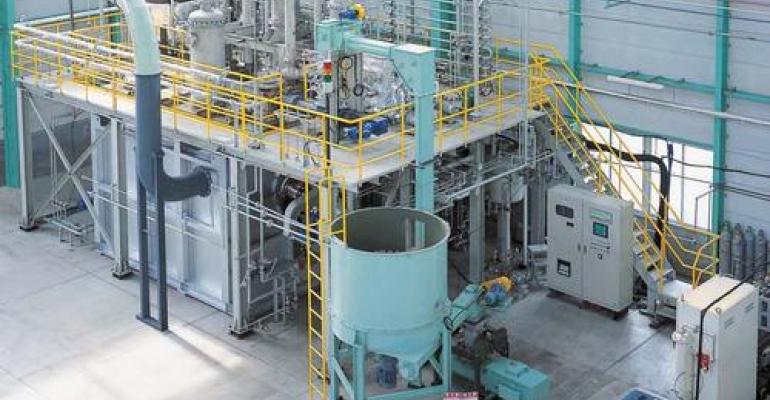 The two companies' three-year letter of intent covers the combination of their resources and proprietary technologies to convert end-of-life mixed plastics into useful products. Klean's advanced thermal conversion technology is used in the world's largest plastics-to-oil recycling plant in Japan. The Japanese plant, which processes 50 metric tons (55.12 US tons) per day, "is the only technology we have seen that has consistently operated for over a decade on a commercial scale," said Jeff Wooster, Dow's global sustainability leader, performance plastics, in a press release. 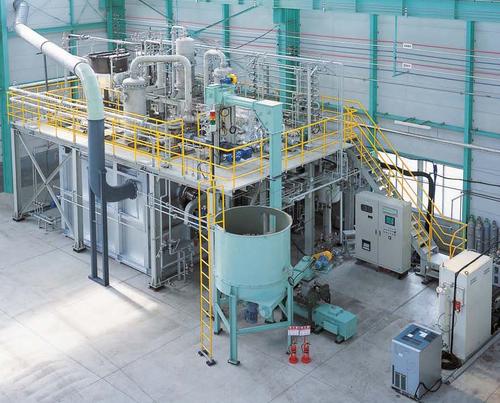 The plant that Dow visited in Japan can process mixed plastics, including PET and PVC, as well as the more common polyethylene, polypropylene, and polystyrene. Klean, a manufacturer of pyrolysis and gasification plants and equipment, specializes in systems that use plastic and used tires as feedstocks to produce fuel. Depending on the plastic, Klean says it's possible to recover approximately 950 liters (250.9 gallons) of oil from each metric ton of mixed plastic waste.

In the waste recovery facilities planned under the agreement with Dow, Klean will be using "our integrated gasification system, which will produce two primary products: an ultra-low sulphur diesel fuel, and green electricity that will be export to the grid," said a company spokesman in an email to Design News.

Gasification uses pressure, steam, and heat to convert plastic waste and other materials, both liquid and solid, into a syngas as the primary energy product, not the flue gas that results from incineration. Syngas, when mixed with air, can be used with minimal modifications to gasoline or diesel engines. In contrast to pyrolysis and most commercial gasification processes, which don't use oxygen, Klean's gasification process uses a small amount of air to produce partial combustion of a small amount of the feedstock. The oxygen optimizes the yield of syngas by assisting the breakdown of the waste's heavy organic compounds. Klean's process also differs from other commercial gasification in operating temperature, internal/external heating ratio, and reactor design.

Dow has previously conducted pilot tests to make energy from recycled linear low-density polyethylene (LLDPE) scrap film generated in one of the company's extrusion laboratories. The tests resulted in recovering 96 percent of the available energy after incinerating 578 lb of used plastic in a kiln at one of Dow's waste treatment facilities. The recovered energy, equivalent to 11.1 million BTUs of natural gas, was used as fuel to power Dow's incinerator while conducting the pilot test. One of the stated long-term goals of Dow Performance Plastics' business is to recycle 100 percent of its used packaging.