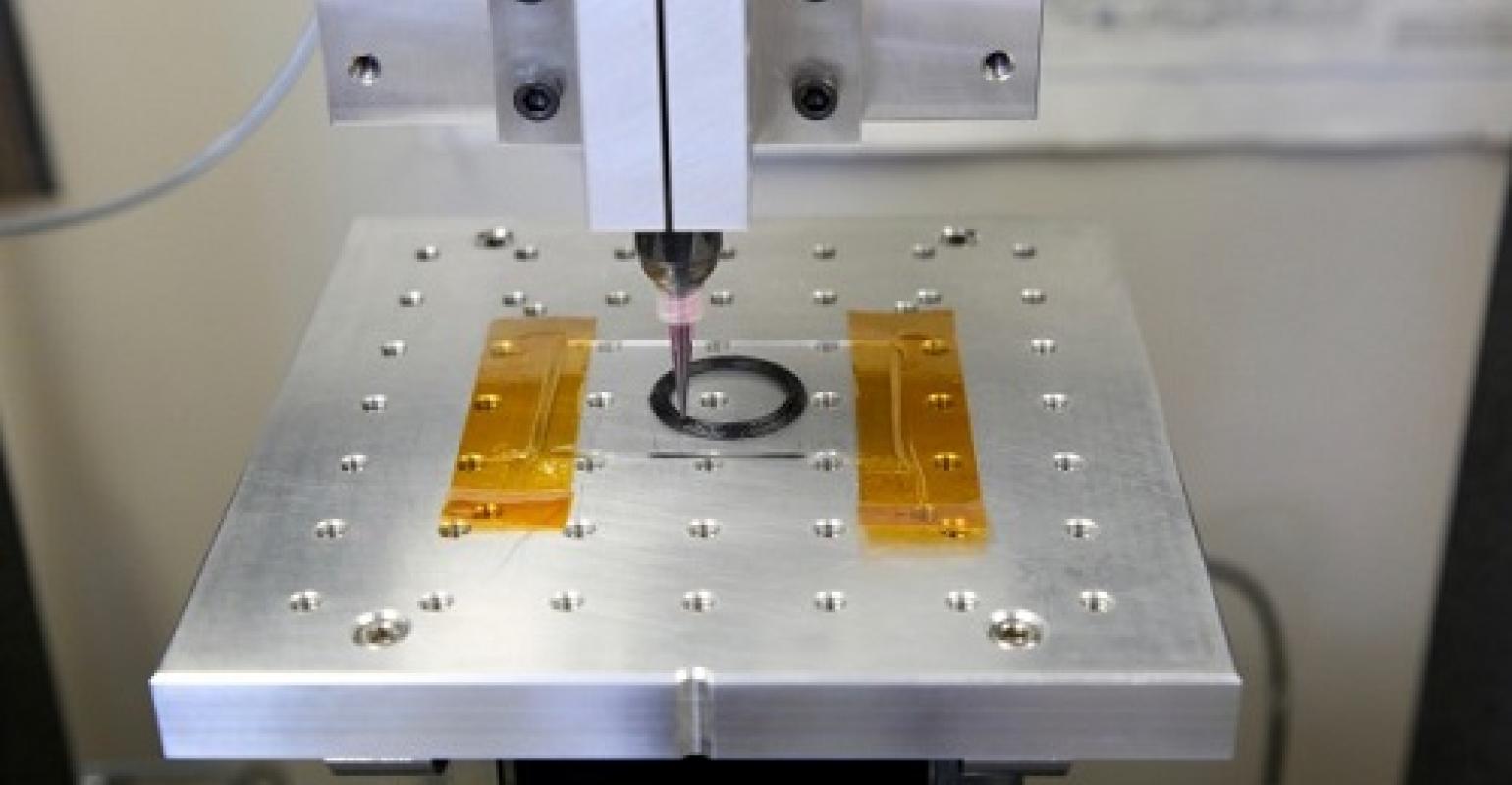 Researchers at the Department of Energy’s Lawrence Livermore National Laboratory have successfully 3D-printed aerospace-grade carbon fiber composites, which one researcher called the “ultimate material” for its combination of being both lightweight and strong as well as its wide potential for use

Researchers at the Department of Energy’s Lawrence Livermore National Laboratory (LLNL) have successfully 3D-printed aerospace-grade carbon fiber composites, which one researcher called the “ultimate material” for its combination of being both lightweight and strong as well as its wide potential for use.

A team of researchers at the lab printed several complex 3D carbon-fiber structures using a modified Direct Ink Writing (DIW) 3D-printing process. The team, led by Jim Lewicki, also developed and patented a new chemistry that can cure the material in seconds instead of hours, and used high-performance computing capabilities to develop accurate models of the flow of carbon fiber filaments, they said.

"The mantra is 'if you could make everything out of carbon fiber, you would'--it's potentially the ultimate material," Lewicki, principal investigator and the lead author on a paper about the work published in the journal Scientific Reports. "It's been waiting in the wings for years because it's so difficult to make in complex shapes. But with 3D printing, you could potentially make anything out of carbon fiber."

Carbon-fiber composites typically have been fabricated in one of two ways. The first is to physically wind filaments around a mandrel, or ostensibly weave the fibers together like a wicker basket. However, this results in a finished product that is limited to either flat or cylindrical shapes, Lewicki said. Fabricators also tend to use more material than needed because of performance concerns, making the parts heavier, costlier, and more wasteful than necessary, he said.

It was the use of computational models and simulation that allowed the LLNL team to progress past some of the stumbling blocks that hindered the fabrication of carbon-fiber composites this way in the past, Lewicki said. A team of engineers performed the computational modeling on LLNL supercomputers, simulating thousands of carbon fibers as they emerged from the ink nozzle to find out how to best align them during the process.

"We developed a numerical code to simulate a non-Newtonian liquid polymer resin with a dispersion of carbon fibers,” fluid analyst and LLNL researcher Yuliya Kanarska said. “With this code, we can simulate evolution of the fiber orientations in 3D under different printing conditions.”

The team was able to discover the optimal fiber length and performance using simulation, but Kanarska said that “it’s still a work in progress. “Ongoing efforts are related to achieving even better alignment of the fibers by applying magnetic forces to stabilize them,” she said.

The direct ink writing process also provides a boost in performance by allowing for the printing of parts with all the carbon fibers going the same direction within the microstructures, researchers said. This enables them to outperform similar materials created with other methods done with random alignment. Additionally, researchers said they used significantly less carbon fiber to achieve the same material properties from a finished part than would be used when fabricating the composite through other processes.

The ability to 3D-print carbon fiber offers a number of advantages for the fabrication and development of the material, according to the team. It enables them to have control over the parts' mesostructure, and also creates conductive material, which allows for directed thermal channeling within a structure, they said.

The material fabricated through the LLNL’s process can be used in a number of applications, including to make high-performance airplane wings, satellite components that are insulated on one side and don't need to be rotated in space, or wearables that can draw heat from the body but don't allow it in, researchers said.

Next step for the team is to optimize the process to maximize the performance of the material fabricated, Lewicki said. Researchers also have been in discussions with commercial, aerospace, and defense partners to advance development of the technology.