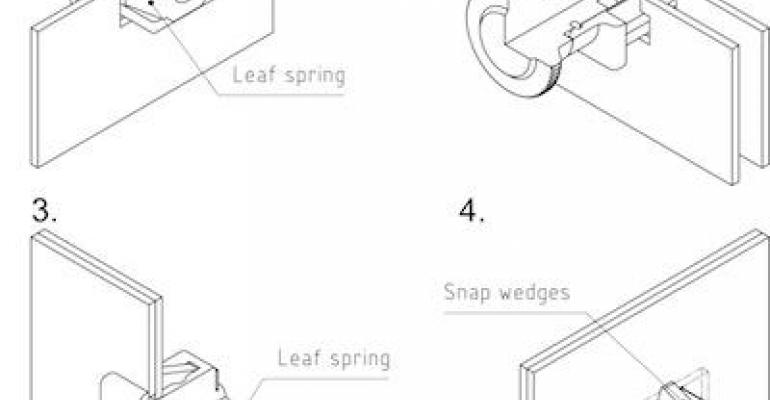 For years, in the telecommunications and computer industries, traditional captive screws and nuts have been the popular solution for securing electronic equipment into 19-inch rack applications. Captive screws were introduced to the market decades ago and gained wide acceptance over traditional screws, nuts, and bolts, which accomplished the simple act of fastening but had many disadvantages.

While inexpensive, screws, nuts, and bolts were a very basic method used for attaching costly electronic equipment to racks. They effectively held the panel to the rack frame but often became loose during transportation or vibration and could disengage. The result: loose screws, nuts, and bolts falling onto and damaging sensitive and costly electronic equipment.

Traditional captive screws and nuts entered the marketplace, and mechanical designers were immediately drawn to the benefits of these uniquely designed fasteners. Captive screws eliminated the concern of mounting hardware becoming loose and falling onto sensitive electronic equipment due to vibration of the unit. In addition, a technician could easily disengage a rack for replacement or maintenance and not worry about losing the hardware or having it fall onto the equipment. Once installed, captive screws remained in the panel. 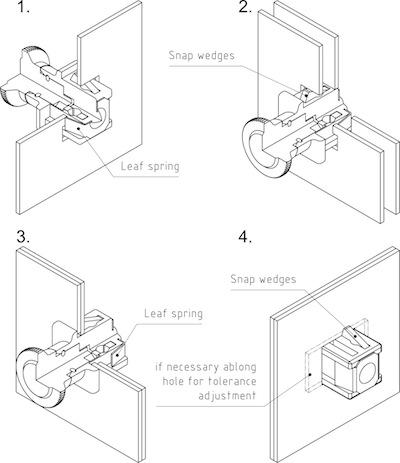 However, the use of captive screws in 19-inch rack applications did pose significant disadvantages for OEMs, resulting in a limiting design process and a more complex supply chain. Since captive screws had to be installed in the trays before the electronics were mounted, designers had to specify the captive screw as part of the overall design of the unit before it was commissioned for production early in the design phase. This eliminated the ability of the OEM to offer the end user a choice in selecting the actuation method, such as hand-operated or tool-operated, to best match the application need. The end user was forced to use the fastening method provided with the unit.

The supply chain also became significantly more complex with the use of captive screws over traditional screws, nuts, and bolts for fastening. OEMs now had to find suppliers that were capable of installing captive screws. These suppliers had to invest in expensive installation equipment needed to install the captive screws and had to establish a proven quality process to guarantee accurate installation. In addition, all parties involved in the supply chain had to provide a global network of support. Many times, the design of these units would occur in the US or Europe, while most of the suppliers installing the captive screws were in Asia, where the manufacturing facilities were located.

Until recently, the design decision to specify traditional captive screws and nuts also meant the acceptance of a complicated supply chain and limited flexibility in product offering for the end user.