Bridge Made From Recycled Plastic Bottles 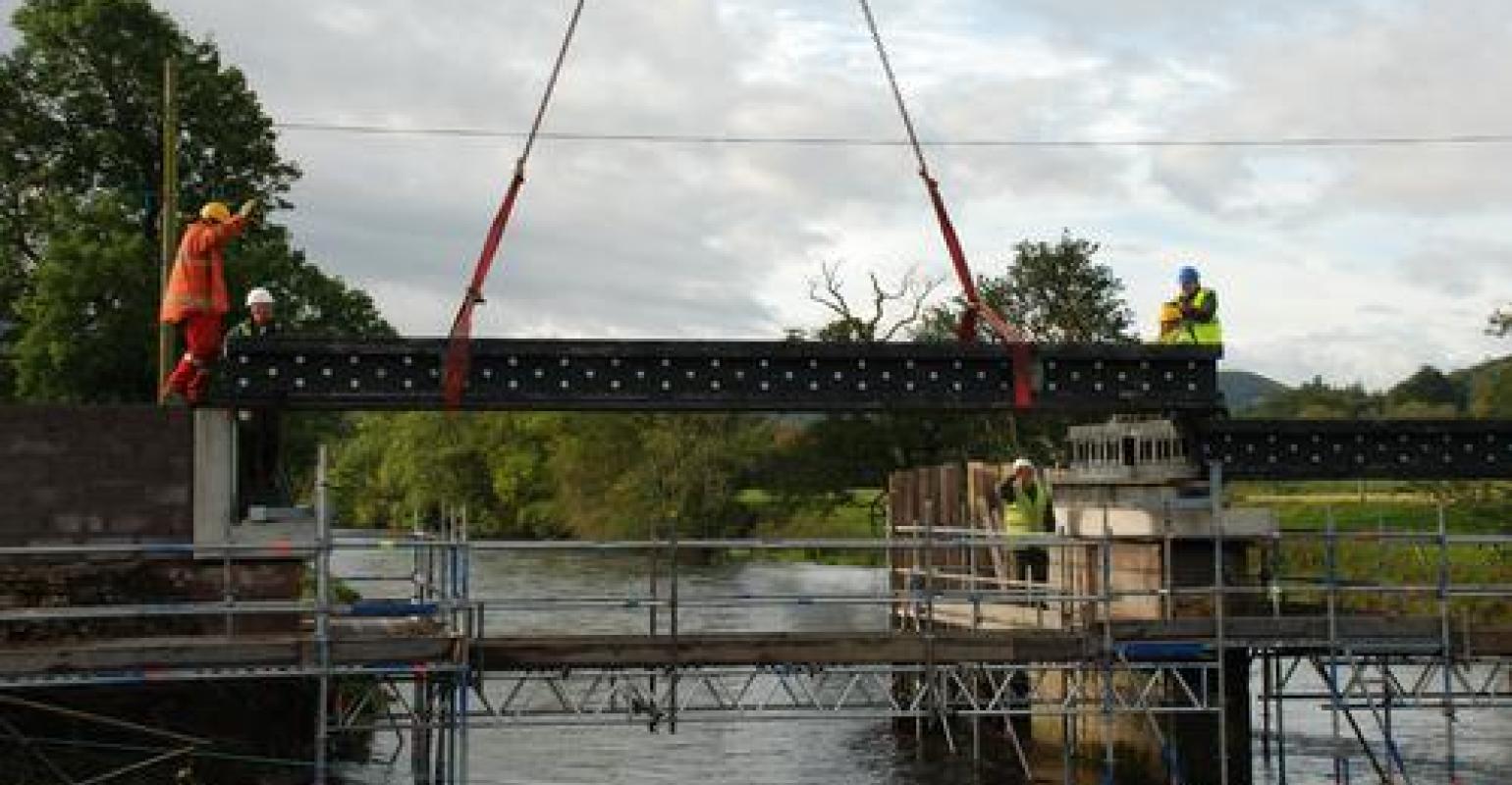 We've seen recycled bottles turned into car seats for Ford's 2012 Focus electric vehicle. And we've seen plans by Boeing to recycle composites used in its Dreamliner plane for nonstructural uses in aircraft. Now recycled bottles and other plastic products destined for landfills have been turned into structural, weight-bearing elements of a 90-foot heavy-load bridge in Scotland.

Recycled Structural Composite (RSC), a proprietary composite thermoplastic material from Axion International, is made from 100 percent recycled plastics. RSC is also 100 percent recyclable at the end of its useful life. The material won't rot, crumble, splinter, rust, or corrode, and it requires no painting or regular maintenance. In other words, it is a type of Trex building material, but instead of going into your back deck, it's designed for heavy-duty manufacturing uses such as railroad ties and heavy-load bridge elements like I-beams, pilings, and boards. 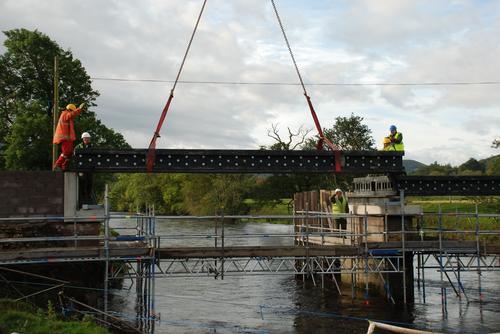 Axion constructed the bridge's components at its plant in Pennsylvania and shipped them in six sections to Scotland, where the bridge spans the River Tweed at Easter Dawyck near Edinburgh. It was assembled and erected in four days (You can see a picture gallery here). Recycling the materials in the bridge prevented 50 tons of plastic waste from going into a landfill or being shipped to Asia, Anil Aggarwal, director of the Welsh firm Vertech Composites, one of Axion's partners in the project, said in a press release. The bridge, which is also the longest to date built with recycled plastic, meets European standards with a load rating of 45 metric tons.

The three-span bridge, which measures about 12 feet wide by 90 feet long, replaces an old road bridge made of steel beams and timber decking. It is the first recycled plastic bridge outside the US. Axion has built several US bridges from its RSC material, most recently in North Carolina.

Axion developed its RSC material in conjunction with Rutgers University's Materials Sciences and Engineering Department. Vertech plans to manufacture its own high-performance composite sheet materials, using Rutgers University's polymer blending and processing technology, for use in the European construction industry. These composite materials will serve as a replacement for the less environmentally friendly plywood, MDF, and laminates.