Boeing Shifts to Composites for 787 Floors 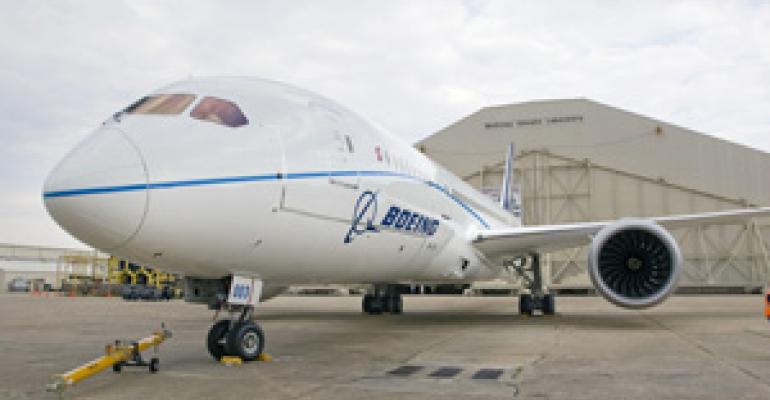 TAL Manufacturing Solutions of India reports that Boeing changed the design for floor beams in the Dreamliner 787 from titanium to a composite plastic structure.

The company was contracted in 2008 to use advanced titanium and composite materials. Under the plan, the floor beams would be transported to Boeing partners in Japan, Italy and the United States for further assembly. Now the floors will be made from materials that are similar to the materials used in the body of the Dreamliner.  "Together with our partners, we continue to find advancements in graphite-reinforced composite plastics and already have plans to introduce some of these on the floor beams," said a Boeing spokesperson. The beams will be used for flooring located between passenger and luggage compartments.

A wholly owned subsidiary of Tata Motors Ltd., TAL Manufacturing Solutions Ltd built a plant in Nagpur, India specifically to build aircraft structures. The establishment of the facility followed TAL's agreement with Boeing to manufacture structural components for the Dreamliner.

TAL has primarily been a supplier to the auto industry.  It was formed by the merger of the Machine Tool and Growth Divisions of the Tata Motors Pune facility in March, 2000.  The company showcased a new technology at IMTEX 2011 last week, including new vertical machining centers.

Ravi Kant, chairman of TAL Manufacturing Solutions, said, "Imperatives of competitiveness and growth are driving manufacturing opportunities being shifted to India, in a number of engineering sectors, including automotive, construction, aerospace , railways, energy etc. The challenges to meet corresponding productivity, costs, delivery and quality requirements are in turn driving the introduction of new machines. I am confident, that TAL would be able to seize this opportunity, and take a lead to cater to the new emerging demands, as well as other challenges of this new emerging market."

The Boeing 787 Dreamliner is a long-range airliner that seats 210 to 330 passengers. As a result of a fuselage and wings made primarily of carbon composites, the Dreamliner consumes 20 percent less fuel than the Boeing 767, which has similar seating capacity. Due to supply chain and technical problems, the plane is more than three years behind schedule.