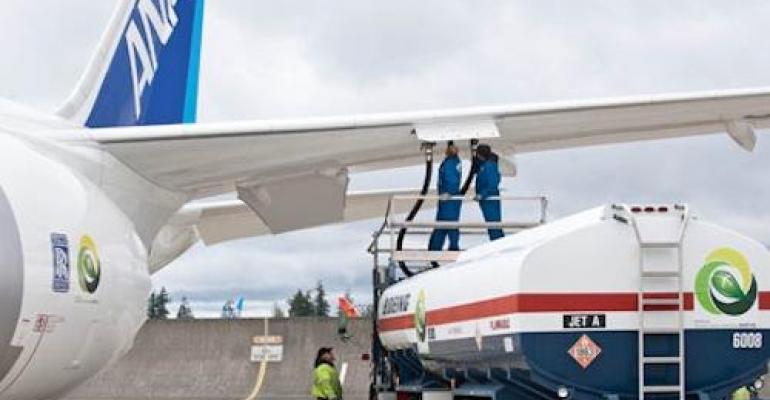 Boeing collaborated with All Nippon Airways (ANA) to fly a 787 Dreamliner using biofuel across the Pacific Ocean on Tuesday. The flight from Boeing's Delivery Center in Everett, Wash., to Tokyo Haneda Airport brings the airline industry a step closer to environmentally friendly and fuel-efficient long-haul flights.

The plane used both biofuel (made mainly of used cooking oil) and jet fuel to make the journey. 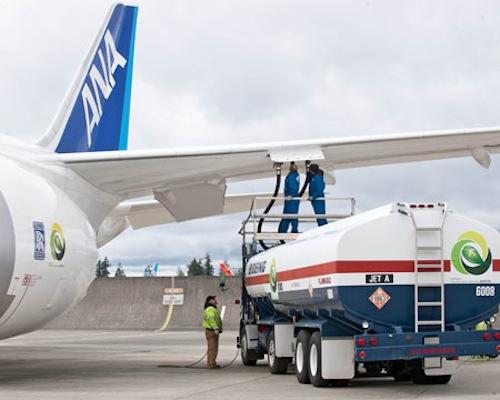 The airline industry is in the nascent stages of exploring the use of biofuel to support green-energy goals and cut fuel costs. So far, many of the biofuel flights by carriers like Alaska Airlines and Continental Airlines have been short.

Osamu Shinobe, senior executive vice president at ANA, said in a press release that the Dreamliner flight showed the viability of using alternative fuels even on longer journeys. "Our historic flight using sustainable biofuels across the Pacific Ocean highlights how innovative technology can be used to support our industry's goal of carbon-neutral growth beyond 2020."
0 comments
Hide comments
Related