Bioplastics Get Tougher and Greener 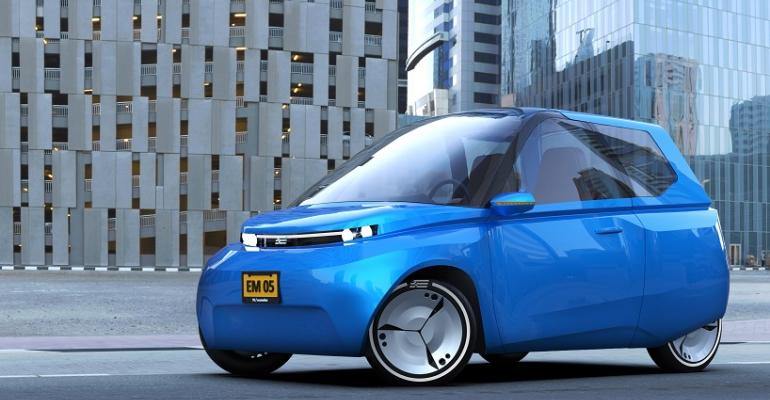 Durable and engineering-grade versions are appearing in cars and consumer electronics, as well as appliances and toys.

After several generations of materials development, bioplastics are getting both greener (by boosting the bio-based content of base polymers) and stronger (via increasingly sophisticated formulations). In addition to more typical uses, such as packaging, they are increasingly being formulated into durable and engineering grades in automotive, electronics, and consumer goods. Some recent high-profile uses of bioplastics are the world's first bioplastic refrigerator and the botanical elements of LEGO bricks.

Consumer appliance giant Electrolux has created what it says is the world's first bioplastic concept refrigerator. The fridge —with all its visible plastic parts made of bioplastic—is part of the company's strategy to make more sustainable home appliances. The bioplastic, NatureWorks' Ingeo polylactic acid (PLA), uses plant materials, such as corn or sugarcane, as feedstock, wrote Arba Kokalari, group media relations and PR manager, in an email. The company has not yet scheduled the fridge's official market launch date.

Ingeo's carbon footprint is more than 80% lower than that of conventional, petroleum-based plastics, and it's also recyclable. "The reduction in terms of CO2-equivalent emissions has been calculated from the standard materials used in refrigerators, that are mainly based on polystyrene," wrote Kokalari. According to its website, NatureWorks is investigating "new technology to skip plants and use microorganisms to directly convert greenhouse gases into lactic acid."

In March, the LEGO Group began production of its first LEGO bricks made of sustainable material. The bricks—leaves, bushes, and trees—are made of a bioplastic polyethylene (PE) certified by the Bonsucro Chain of Custody standard for responsibly sourced sugarcane. The company said the bricks are a first step in its commitment to use sustainable materials in core products and packaging by 2030, when its goal is also to achieve zero waste in operations.

Globally, the bioplastics industry is growing steadily. By 2022, it's predicted to increase by 20%, according to a report released last fall by European Bioplastics, an industry organization. Although packaging remains the largest application area, bio-based plastics—including durable and engineering grades—are used in several other sectors, such as automotive, consumer goods, and electronics.

According to the report, 56% of global production of non-biodegradable bio-based plastics comprises PE (polyethylene), PET (polyethylene terephthalate), and PA (polyamide). Although PE and PA production will grow by 2022, PET will hold steady. A new bioplastic, PEF (polyethylene furanoate), is expected to enter the market in 2020 to replace PET. PEF is 100% bio-based with comparable mechanical properties, plus better thermal and barrier characteristics for packaging. Commercial-scale production of bio-based PP (polypropylene) is expected to begin around the same time for a wide range of applications.

Last year, Eastman Chemical Company introduced an engineering bioplastic based on cellulosic materials. TREVA has since received a "USDA Certified Biobased Product" label from the US Department of Agriculture's BioPreferred program, verifying that the material's two grades have biobased content of 45% and 42%, respectively. "Compared to a lot of other bioplastics, TREVA offers performance and durability that would normally require blending or alloying to get the same levels," Holli Alexander, Eastman's strategic initiatives manager of global sustainability, told Design News. "Based on thin-wall 30 mil spiral flow testing, TREVA's flow characteristics are comparable to ABS but better than PC, PC/ABS, and some polyesters."

The new material is one of the first bio-based polymers that delivers petroleum-derived polymer performance at a reasonable price compared to other engineering resins, Eastman's emerging markets manager, Chris Scarazzo, told Design News. TREVA has good impact performance, humidity aging, heat aging, and UV resistance, for example, as well as good flow rates and dimensional stability. It matches PC (polycarbonate) and PC/ABS (PC/acrylonitrile butadiene styrene) performance fairly well, but with superior chemical resistance. "It's currently under evaluation in many markets where bio is important, but performance and cost competitiveness is a must," he said. These include automotive interiors, consumer durables, consumer electronics, office furniture, and toys.

A new engineering-grade bioplastic that's achieved 100% bio-based materials in the base polymer is the Kalix 1000 HPPA (high-performance PA) series from Solvay. The Kalix HPPA product line is used primarily for the consumer mobile electronics market for the structural parts within the various devices, Thomas Kohnert, global product manager for Ixef PARA and Kalix Omnix HPPA, told Design News. It's a compound modified with non-bio-based materials, such as mineral fillers and glass fiber filling to get needed properties, which are high strength, rigidity, improved processing, and a high-quality surface finish. The first bio-based series in this engineering-grade line was the 2000, introduced in 2013, which is roughly 30% bio-based (derived from castor oil).

After further developing the raw biomaterials since that first product series, the properties profile that can now be achieved for structural parts is much better than it was just a couple of years ago, said Kohnert. At the same time, customers have demanded a higher percentage of bio-based material, and the industry is striving toward 100% bio-based. "The result is our next-generation Kalix 1000 compounds," he said. "100% bio-based materials in the base polymer means the base polymer is not blended with petroleum-based polymers or polymerized with petroleum-based monomers." For example, the new material's tensile modulus is 20,500 MPa (ISO 527-2 test method) and notched Izod impact strength is 20 kJ/m2 (ISO 180/1A test method).

Using recyclable bioplastics in EVs to design a 100% circular car for the circular economy—advocated by the Ellen MacArthur Foundation, among others—has been the long-term goal of a student team at the Technical University of Eindhoven in The Netherlands. Recently, this student team—called TU/ecomotive—announced Noah, its most recent car made of bio-based materials.

Like the team's predecessor EV, Lina, Noah's chassis, body, and interior are made entirely from biocomposites based on flax. But while Lina's composite combined flax with a substrate of PP, Noah's substrate is made of sugarcane-based PLA, making its components completely recyclable. These components have also been redesigned so they can be easily taken apart for recycling. The chassis is constructed of a sandwich that combines the biocomposite with a honeycomb core made of  sugarcane-based PLA. The two-seater Noah EV with a 15 kW motor will weigh only 771.6 lb (350 kg), and reach speeds of 62 mph (100 kph) with a range of 240 km (149 mi). The team will debut it this summer.

The European Bioplastics report noted that the main growth drivers in biodegradable bio-based plastics by 2022 will be the well-known PLA, along with a newcomer: PHAs (polyhydroxyalkanoates), which have been under development for several years. Production of PLA—which can replace petroleum-based PS (polystyrene), PP, and ABS in more demanding applications—will increase by 50% during that time. But for PHAs, which are now entering the market at commercial scale, production capacities are expected to triple by 2022. They are 100% bio-based and can be tailored for a wide range of physical and mechanical properties.

Taking advantage of the versatility of PHAs and their shift to volume production could be advantageous to the food service industry, among others. After evaluating a range of biodegradable biopolymers—including PLA, PHA, PBS (polybutylene succinate), and starch blends—engineering and design firm Cambridge Consultants designed a range of biodegradable plastic food service items. They can all be made from different types of PHA, Catherine Joce, the firm's sustainability and circular economy lead, wrote in an email.

So far, the use of bioplastics in food service has been limited by their poor performance at high temperatures, their cost, and a limited supply. There's been some use of cornstarch-derived PLA for cold beverage cups, for example, but the same material can't be used for hot drinks. The firm designed a serving tray, a single-use coffee pod, a microwave tray, a drinking straw, and a cup—all of which need different characteristics. "The tray needs to be stiff and durable, the coffee pods need to withstand high temperatures, the straw needs to be flexible, and the microwave container needs to be rigid at high temperatures—the key point being that you can 'tune' the properties of PHAs," wrote Joce. This is the first stage in the firm's wider strategy of integrating bioplastics into its product design toolkit in a wide range of industries. The company will be developing product examples later in the year.