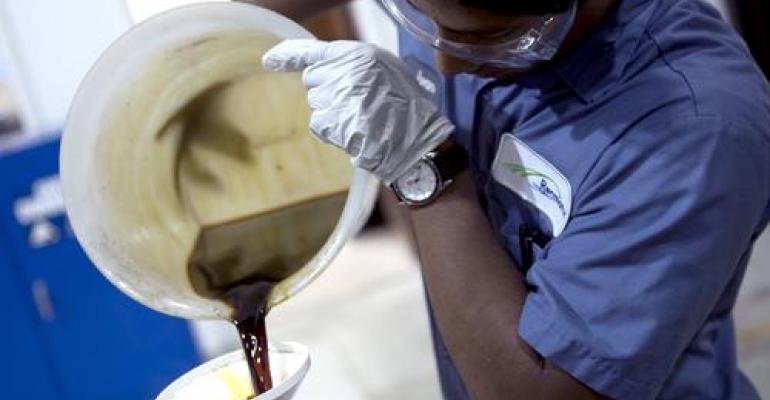 Plastics and chemical giant BASF is betting on a process that converts plant waste materials to sugars that form a major ingredient of biofuels and bioplastics.

The German company has invested $30 million in US-based Renmatix, whose Plantrose process can turn lignocellulosic biomass -- such as wood, straw, or cane trash -- into large volumes of cost-competitive industrial sugars. Since the process does not use edible plant biomass as a feedstock, such as corn for ethanol, it does not compete with the production of food for people or feed for animals.

Industrial sugars are a key element of bio-based chemicals and fuels, including polypropylene and polyethylene, and can produce these substances via fermentative processes. However, celluose sugars are extremely tough to break down. 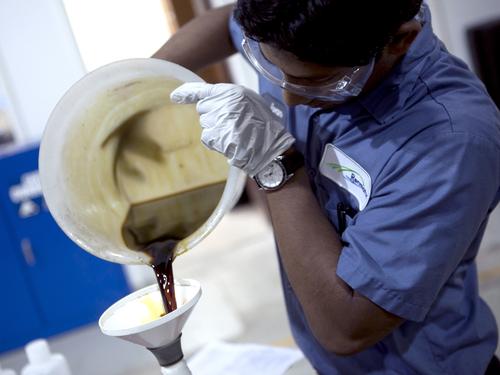 The proprietary Plantrose technology uses supercritical hydrolysis in a two-step process. First, it splits the plant biomass into lignin and cellulose via fractionation. Second, cellulose hydrolysis of the pretreated solids using supercritical water, or water at elevated temperatures and pressures, as the main solvent, occurs. This produces C5 (glycose) and C6 (glucose) sugars. (You can access an animated Flash diagram of the process here.)

The water-based process is easier and faster than previous methods and also less expensive, making it scalable to high volumes. "Thanks to the partnership with BASF we can now develop and commercialize our technology more efficiently," said Renmatix chief executive officer Mike Hamilton, in a press release. "We have already demonstrated the functionality of the Plantrose process in a pilot plant. In cooperation with BASF, we will be moving it to the industrial scale." Renmatix's process was specifically designed to be applicable to a range of non-food plant waste materials, such as corn cobs, and energy grasses such as switchgrass.