HomeMaterialsBio-Based Vinyls May Cost Less
Recent
Materials
Q&A With IndyCar Gearbox Expert Anna Chatten
May 13, 2022
Intel Unveils Trust Authority to Boost Security
May 13, 2022
Supplier News Looks at Highly Customizable Industrial Monitors
May 12, 2022
Here Technologies Maps are Key to Mercedes Level 3 Automation
May 12, 2022
POLL
'We Built the Domino's Pizza Tracker for Manufacturing'
May 12, 2022
Break Your Bubble Gum Habit by Watching Its Production
May 12, 2022
This Patch Monitors All Your Vitals, Including Blood Pressure
May 12, 2022
First E-Skin to Anticipate, Perceive Touch from All Directions
May 12, 2022 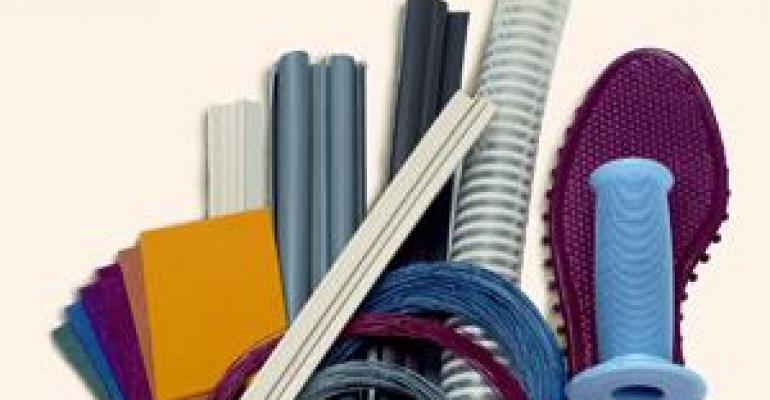 Vinyl compounds that incorporate bio-based plasticizers to make them flexible are equal or better in performance to their traditional counterparts based on petrochemicals, but may be more cost-effective. Custom plastics compounder Teknor Apex introduced the new materials at the NPE2012 show in Orlando, Fla.

The BioVinyl flexible vinyl compounds incorporate DOW ECOLIBRIUM bio-based plasticizers, which are phthalate-free. The vinyl compounds have a smaller carbon footprint than alternative plastics like polyolefins or polyurethanes, and may also be more cost-efficient than plant-based polymers. 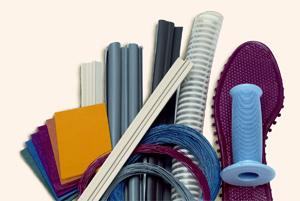 In tests conducted by Teknor Apex researchers on several application-tailored BioVinyl flexible vinyl compounds, the bio-based plasticizers showed 10 percent and 16 percent greater efficiency than standard DEHP and DINP plasticizers, respectively, Louis Cappucci, VP of Teknor Apex's vinyl division, told us. "This makes it possible to use less plasticizer per pound of compound, lowering costs. There are five or six other options for replacing phthalates, and many of them are expensive." Typically, 30 percent of the compound by weight consists of plasticizers, 50 percent is PVC resin, and the other 20 percent consists of various custom ingredients, said Cappucci. Teknor Apex's BioVinyl compounds contain 35 percent or less petrochemical content. "Vinyl compounds that incorporate DOW ECOLIBRIUM bio-based plasticizers actually contain about 60 percent renewable resources, since half of the PVC polymer is derived from seawater."

Substituting the new plasticizers for conventional phthalates makes the carbon footprint of BioVinyl compounds much smaller than that of many plastics. Comparative data compiled by Teknor Apex indicates that CO2 emission equivalents of BioVinyl compounds is half that of polyolefin resins and even lower than that of bioplastic polylactic acid (PLA).